TrumpIsFinallyGone · 36-40, M
I'm not a racist. You're a racist! I was the greatest President in all of history. Really - ask anyone - that's what everyone is saying. Who exactly said it? Everyone. I don't have exact names, because everyone is saying it. And it's true. No one disputes that. I'm actually still the REAL president! When the true results come out of Georgia and Arizona and Pennsylvania I will become president again. You just wait and see - that's what everyone is saying. Now go buy a digital Trump trading card. They are super exciting. Very much like baseball card!
+ 2

“I do. I think at this point the evidence is incontrovertible. It’s right there,” Steele told MSNBC on Friday.

Q: Do you think this president is racist?

Former RNC chair Michael Steele: "Yeah, I do. At this point the evidence is incontrovertible.[/quote]

smiler2012 · 56-60, M
{@guitarman123] 🤔 now i find that sort of slightly odd and strange really as usually they are ready to back there messiah to the hilt . do not get me wrong if you have got up there nose enough for them to block you rather than adopt there usual tactic of name calling and personal insults then you have achieved a first . maybe they have woke up and realised you are right about trump but i some how think the elite core obedience base cult of similar worlds are so brain washed by there messiah i very much doubt that
+ 0 · Reply · Jan 21, 2023
Translate

smiler2012 · 56-60, M
@Guitarman123 😆 well usually that is there get out they want hard evidence against there messiah wrong doings . if you do that it rather shoots them down and feel cornered with no way out except block because they are wrong and have no more too offer
+ 0 · Reply · Jan 21, 2023
Translate · Edited: 1 week ago

Elessar · 26-30, M
I've been blocked by trump supporters because I stated that he lost the election lol
+ 1

Fungirlmmm · 51-55
People block one another here every day. I try not to block. Been here since day one and have 8 people currently blocked. Don't take it so hard... there are just as many Biden supporters as Trump here and before it is all over I am sure that you'll be blocked by both sides if you stick around.
+ 0 · Reply · Jan 21, 2023
Translate
View 1 more replies » 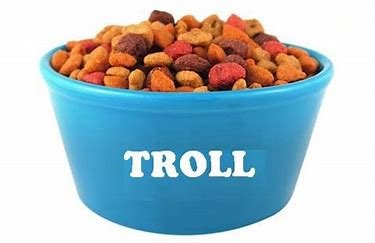 Carazaa · F
@Guitarman123 Hate, violence, racism got to go because it spreads to other countries and is poison.
+ 0 · Reply · Jan 23, 2023
Translate
1,244 people following
I've been Blocked Personal Stories, Advice, and Support