Sixth Texas Dem comes down with COVID-19 after fleeing the state, to avoid the vote on voter reform, and meeting with VP Harris...

TheOneyouwerewarnedabout · 41-45, M
thats what you get..

fully vaccinated too.. fyi.. what fucked up joke on humanity is this so called. vaccine?.
+ 6

Which ones are? Which ones are not? Anyone know? Sorry, it's a trick question. The answer changes based on who the audience is. Wonder why? It's all political at this stage. Dangerous virus from China, and they STILL can't remove politics from the equation.
+ 3

novaguy2u · 70-79, M
[@112526,carpediem] Don't know about all of them, because not all are available down here. However neither the Pfizer nor the AstraZenica prevent vaccinated people being reinfected with the Delta variant, although they do reduce the severity of the infection.
+ 0 · Reply · Jul 21, 2021

carpediem · 61-69, M
[@1138050,novaguy2u] And I should believe you why? When I hear the vaccines are effective against delta so hurry and get vaccinated.

I'm vaccinated. But I can see why people aren't choosing to get it. If it's not going to protect from what's out there now why bother? Someone might justifiably feel they'd rather fight the virus than take a change on the vaccine AND the virus.
+ 1

Confined · 51-55, M
Seems to be a growing number of vaccinated people testing possitive.
+ 3 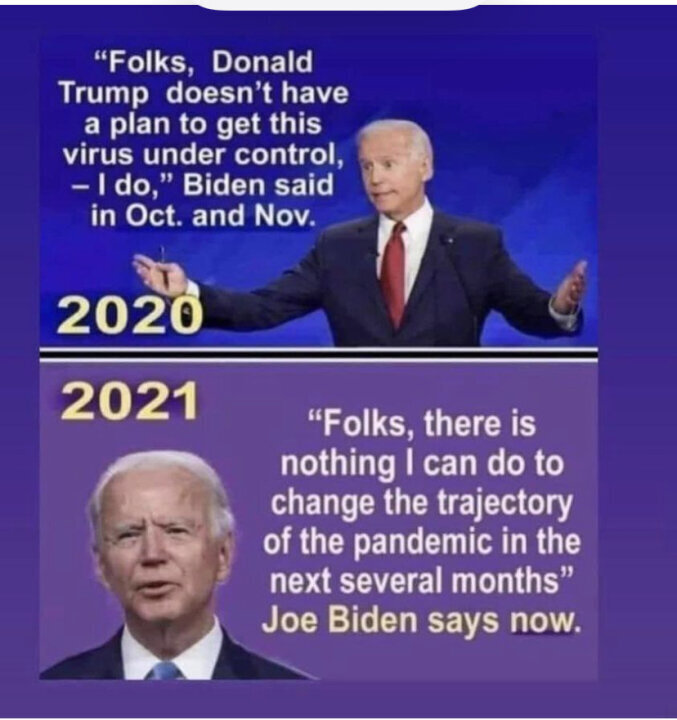 What happened to Biden's plan?
+ 7

LeopoldBloom · M
[@1786,nudistsueaz] Most of the violence was caused by the Proud Boys, the Three Percenters, the Boogaloos, Patriot Prayer, etc. Plus a bunch of unaffiliated people who took advantage of the unrest. The BLM crowd was mostly peaceful. But you wouldn't know that if your only source of information is Fucker Carlson or some other Nazi commentator.
+ 0 · Reply · Jul 21, 2021

QuixoticSoul · 36-40, M
[@20437,ron122] They'll be fine, because they're vaccinated. The ones that tested positive are basically asymptomatic.

LeopoldBloom · M
[@20437,ron122] But when the Republican minority in the Oregon legislature plays hooky to prevent a vote from happening, you support that.
+ 1

LeopoldBloom · M
[@396343,boudinMan] I've heard plenty of conservatives claim that the COVID numbers are grossly exaggerated, because doctors are calling every death from any cause "COVID." So don't blame me for pointing out how idiotic the MAGA cult is. And these are the same people claiming that the vaccines have killed millions of people.
+ 1

The fact that they INFECTED an official [i]inside[/i] the White House AND one of Pelosi's top aides shows that they are careless, stupid, and sloppy.

They jumped into their ill considered action, fleeing their own legislative jobs in violation of the [i]Constitution[/i] and did NOT wear masks on the private plane. They thought they were the sh!t, and they were actually sh!tty.

Now we have to listen to a-holes...BIG FAT a-holes on the news, telling us that being a state legislator and conforming to the legalities and solemnities of that position to which they were elected is SLAVERY.

I feel physically ill when I hear the stupidity that issues from their mouths. Physically ill.

The main thing the vaccine does for everyone is to keep you out of the hospital and keep you from dying if you catch the covid19 virus, or the Delta variant...which is what the Texas Dems have caught.

Delta is virulent but mild. Highly contagious, but usually not deadly.

You might not even have symptoms and can have the virus, and that has always been the case, also.

4meAndyou · F
[@1201479,twiigss] I am not sure exactly when it arrived, but 83% of the positive cases in the USA are supposedly the delta variant. There is a map inside this link which shows where Delta has spread in the USA.