The fact that Conservative cis men have such problems with transpeople is so baffling, is it an insecurity issue or something?

SumKindaMunster · 51-55, M
Happy to answer this for you, not that you will accept the answer...

I have no problem with transgender people as [i]individuals[/i]. I work with a few, and respect how they chose to identify.

However, I've noted that transgender activists and their "allies" are extremely radical and insist on forcing their worldview on everyone else...that is, they are on the gender spectrum and everyone else is "cisgendered"

I am aware that this is a latin word and it is the antonym of transgender and that is quite useful to transgender activists.

However, I believe respect of identity goes both ways. I don't identify as cis-gendered and I will insist you not refer to me that way.

I am a man, and identify as male.

Honor my choices as I honor yours.

But I've noted that's not what happens and I get a response along the lines that I am wrong, and that's pretty much as far as it goes.

So I have contempt for these activists and their allies. They are detrimental to their own cause. And stubborn and as close minded as anyone who disrespects transgender people for [i]their[/i] choices.
+ 4

Guitarman123 · 31-35, M
@SumKindaMunster I agree but those with them type of views often tend to be those who hold traditional values and not socialists who like me are dismissed as "woke"
+ 2

Guitarman123 · 31-35, M
@SumKindaMunster I'm open to any answers that can be explained with some critical analysis
+ 1

TheOneyouwerewarnedabout · 41-45, M
You over played your hand..
now the whole thing is just annoying.. 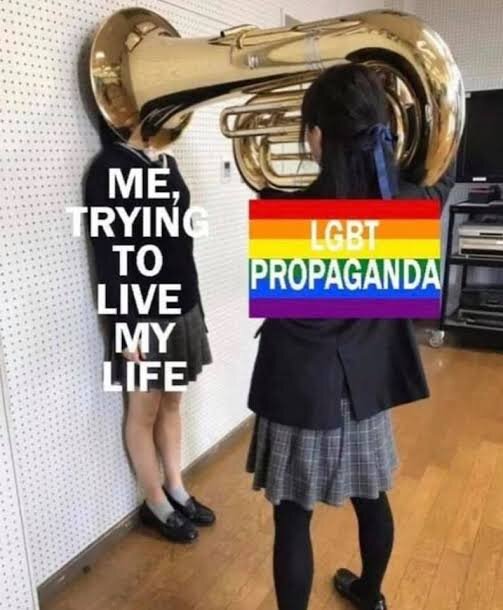 calicuz · 51-55, M
I think it goes back to that absurd and outdated thought, that if you approve of or support anything "gay," you yourself must be gay. It ridiculous really.
+ 2

Sometimes they hide behind religion, citing "traditional values". Here is the funny thing about that -

They say it is a sin. But so is working on the day of the sabbath, which is either Saturday or Sunday depending on your sources. YET no one is complaining about that one.
+ 1

Notanymore · 36-40, M
@SilkenMist I'm very much complaining about working on the Sabbath.....or any day for that matter
+ 2

Doomflower · T
Transphobes of every kind confuse me.

Conservatives like to paint trans folk as monsters who will go after women and children in public toilets even though it's cis men who are most likely to engage in those kinds of shenanigans.
+ 1

Guitarman123 · 31-35, M
@Doomflower and sadly they did the same thing with homosexuals. Just any little excuse to demonise
+ 2

SilkenMist · 46-50, F
@iamonfire696 you would not believe how many tough looking and acting guys are into that.
+ 1

Guitarman123 · 31-35, M
@Ferise1 your English is that of a pathetic little baby whos trying to sound tough but instead is just an entertaining clown
+ 0 · Jan 19, 2023
Translate
This message was deleted by its author.
View 58 more replies »