Career & Inspiration > Inspiration
Thought Of The Day
Follow
Sad
No Notifications
Only logged in members can reply and interact with the post.
Join Similar Worlds today »

This is an old picture taken after the US military slaughtered thousands of buffalo to deny Native Americans a food source.

And now the US media tells us who are the “bad guys” in each conflict around the globe. 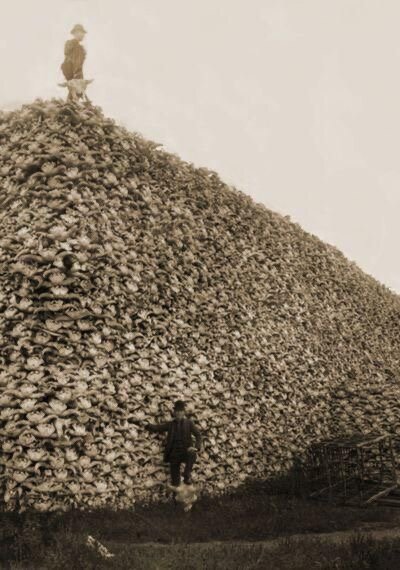 MarkPaul · 26-30, M
@LeopoldBloom I'm not promoting Andrew Jackson's decision or approach or saying people of that time didn't have the capacity to know right from wrong. But, it is all too easy to assess his actions with a look-back orientation just like future generations will assess our stewardship of the environment today. Although it is hard work, there is a value though to consider the situation as it exists in the current day whether that be today in our defence or in history during Andrew Jackson's day.
+ 0 · Reply · Jan 24, 2023
Translate

LeopoldBloom · M
@MarkPaul The environment is a good example as there is certainly a robust debate right now over climate change and what our response to it should be. Future generations will look back at us and will certainly be aware of that debate.
+ 0 · Reply · Jan 24, 2023
Translate

MarkPaul · 26-30, M
@LeopoldBloom And future historians will take in the entire situation while those who are prone to laziness will simply claim we inflicted a tortured future on them.
+ 0 · Reply · Jan 24, 2023
Translate

ArishMell · 70-79, M
No doubt there would have been people at the time who saw that atrocity for what it was, just as there were many who saw slavery for the vile system it was ; but were over-ruled or ignored for a long time.

Who did the over-ruling and ignoring though?

[i]Not governments alone[/i]. It is very uncomfortable but important to recognise that generally, those in power are people of their own times, so on the whole reflect prevailing social attitudes. In the 19C those included notions of racial, cultural and religious superiority and rightness. [i]We[/i] in 2023 can see those as delusions and very cruel ones at that; but only with the benefit of several generations' collective experiences and hindsight, and at heart are we any better?

The last several decades have seen a string of rather spurious apologies, supposed atonements, something called "decolonising", and the like. These are all well and good in principle though often sink into rather patronising self-abasement, because although they show we now recognise the past wrongs; I think they still fail to show a basic weakness.

That is to fail too often to learn [i]from and act on [/i]history, rather than simply learning history. We at least in Europe and the USA see the wrong; but do we see them as somehow remote, having no prescience?

Perhaps it depends on time elapsed since, as well as social attitudes. That buffalo slaughter and its callous rationale were 19C events, but by people who imagined some sort of God-given rights. The horrors of the regimes of Hitler, Stalin and Mao ignored God but are still modern enough, and heavily enough recorded, to have made an impression on our late-20C to early 21C generations who can understand both their rationales and their irrationality. Beyond the 2050s though, will they simply be just more history-book chapters? Seen as horrors, yes, but otherwise too far back for more than platitudinous abstraction and sage head-nodding?

Although the US Army now longer slaughters wildlife and indigenous people in the land its British and European ancestors had seized from its real residents, around the world we see all too many equally vile acts under assumed rationales. So if there is an SW in 150 years' time, will it have users discussing (or merely childishly swearing about) the wrongs of[i] our[/i] early 21C as if somehow remote and unconnected with whatever are the wrongs of [i]their[/i] times?
+ 1

Morvoren · 31-35, F
Yes they forget things like this when they’re preoccupied with pretending to be above it all and somehow different. Ethnic cleansing, genocide and weaponised famine could never be perpetrated by the Stars and Stripes, right?
+ 3

PicturesOfABetterTomorrow · 41-45, M
Yep, and the Texas Rangers were founded to carry out ethnic cleansing of the state.
+ 1

Fairydust · F
Sad and history repeats itself because we don’t learn from it.
+ 1

Northwest · M
And how did you know that this was done by the US military, and that their objective was to deny Native Americans food sources?

Then you've buried yourself into your own narrative, and you refuse to see the truth.

The reason we know about this, is that it was documented by the US media, and is taught in schools. It could have been tucked away, same way it was done in Russia, China, Syria, etc.

Old joke: US journalist to Stalin: we have freedom of expression, I can insult President Truman publicly, and nothing will ever happen to me.
Stalin: No problem, you can do that in the Soviet Union as well.
+ 0 · Reply · Jan 24, 2023
Translate

Northwest · M
@AMelancholyHaunting [quote]No I just didn’t get this from an American source.
[/quote]

And how does this statement prove that US media hides it? You're missing the point, I'm afraid. 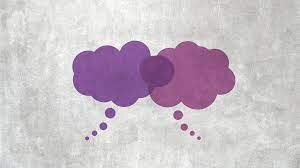