All we hear is folks will have to stand in line. Choices to turn away very ill patients. Whatever.
But the choices that folks are making...not wearing masks, joining gatherings with no precautions, thumbing noses at sound scientific evidence, irresponsible state leaders...these things are happening right now. And guess whose fault it is? It's your fault (you know who you are).
And, btw...this free vaccine? Pffft. Pfizer has just raised prices on other meds. Guess who pays for that?

Was uncertain if this is healthcare or political. So...in to the go to🤷‍♀️

ViciDraco · 36-40, M
[@494950,sunsporter1649] I don't see how that follows. Taxes raise money to fund a health system. That doesn't eliminate corporations or small businesses. If anything, it takes the need to provide health care off of their plates. People like me who earn a little more may see our taxes go up a little. Earners more to the median that currently pay health insurance premiums are likely to see smaller increases but end up having money when they no longer have the premium coming out of their check. If anything, it helps strengthen small businesses and promotes entrepreneurship because people can take the risk of trying to open a small business instead of needing to rely on corporate masters for coverage.
+ 0 · Reply · Jan 13, 2021

OHPUHLEEZE · 70-79
We need Medicare for all. Polls show around 50-80 percent of the American people want it, I'll post the stats if SWeeps don't believe me 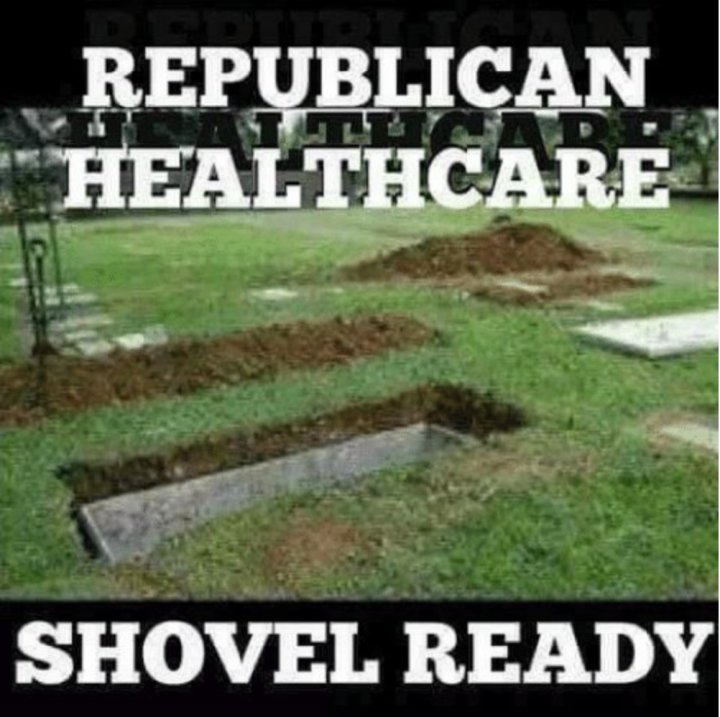 bijouxbroussard · F
[quote] And, btw...this free vaccine? Pffft. Pfizer has just raised prices on other meds. Guess who pays for that?[/quote]
That figures. They’re going to get their money from us some way or another ! 😞
+ 4

MalteseFalconPunch · 36-40
[@406636,causernamebemyusername] Its not like healthcare is a human right or anything. Nowhere near as important as owning a tank. That's the really important stuff.
+ 6

Elessar · 26-30, M
We have public healthcare here. If you get an urgent prescription there are literally no waiting lines; and getting an "urgent" prescription isn't something extremely difficult. I had a sudden worsening with my allergies a few years ago, that resulted in widespread skin rashes, and the G.P. gave me an urgent prescription for an allergology check + IgE tests without even asking. As a plus I spent 25€ in total for both the visit and all the tests (would've been around ~500€ if I went to a private clinic for the same identical service).

Addendum: For all the rest, e.g. the yearly eyes check, you just need to book in advance. It's never been too much of an issue for me. I go in Spring, usually in May, and the same day after the visit I already book for the next year.
+ 4

Elessar · 26-30, M
[@548295,Carla] An annoying phenomenon here is that the same practitioners who work in the public healthcare often have their own private clinic, and they're known for artificially inflating the wait time in the former so that you'll eventually choose to go to their private facility.
+ 1

Everything else is horseshit
+ 2

KrackerBash
Establishing facts is not the pursuit of science.
+ 1

ViciDraco · 36-40, M
The more and more full time employment with benefits is replaced with contract and gig work, the more desperately it is needed. We no longer have an economy capable of supporting private health care
+ 6

OHPUHLEEZE · 70-79
[@548295,Carla] I'm stuck here, not going anywhere Carla. Waiting like everyone else for someone else to fix things. Meanwhile I talk and try to change unreasonable opinions. My only power.
+ 1

OggggO · 31-35, M
[@609293,RogueLoner] Who says the Dems are my party? Joe is a jerk, he's merely marginally better than Trump policy wise, and also not a flaming trainwreck of narcissistic criminality.
+ 2