I just wish that for once someone would hate me for the right reasons.

I do so much stuff that's worthy of derision and everyone ignores it, and instead hate me for a made up reason.

SW User
Honestly it doesn’t matter. People will always find a reason to hate you no matter what.
+ 2 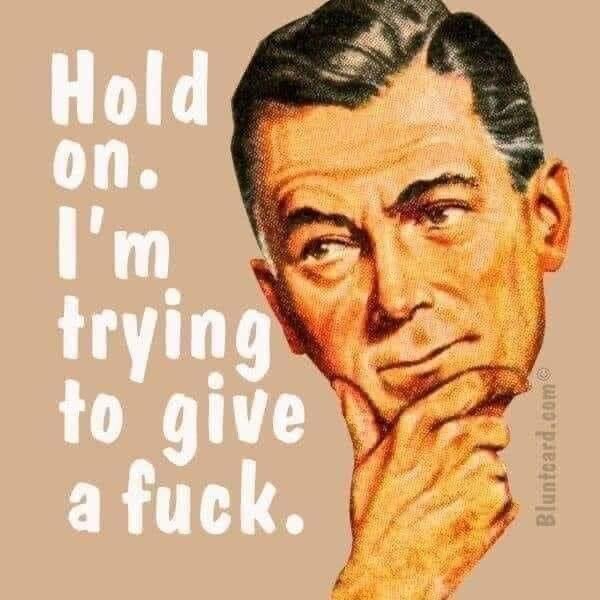 I only have hate for one thing , and I wish I didn't even have that .

SinlessOnslaught · M
Lmao I honestly hate some of the things you do but I don't judge you for it because you at least have the guts to tell me. Other people do bad things and then pretend like it never happened.
+ 1

Eternity · 22-25, M
I hate the light in your eyes, the wind of your breath, and the shape of you in the doorway.

I hate your smiling face framed in your hair and I hate the sound of your voice.

Eternity · 22-25, M
[@6579,BlueMetalChick] no it's just love shit i cobbled together from scraps of thoughts in my brain and replaced the love with hate.
+ 1

Diamonddog · 26-30, M
I kinda find how disagreeable you are to be refreshing, yet I find you charming in that you don't try to be charming. It's like an abusive relationship of sorts.
+ 1

BlueMetalChick · 26-30, F
[@1195324,Backdoortothesublime] Found an article saying that cops may need a supervisor to approve a high speed car chase. A month ago, two innocent people were killed in a car chase so that does make sense for them to be talking about it. That's not the mayor's office though, that's a police supervisor.
+ 0 · Reply · Apr 22, 2021
Edited: 7 mths ago

BlueMetalChick · 26-30, F
[@1195324,Backdoortothesublime] He isn't a leftist at all, he's a democratic party hack. Anything that a democratic politician does is gospel in his eyes. There's no core ideology, he doesn't believe in anything at all. If the democrats do it, it's good. Even if they do the same shit that the republicans do. Which in this case, is exactly what they're doing. Fuck the voters, fuck the workers, fuck the American populace. What they want is not important. What democratic politicians want is all that matters.
+ 1

CountScrofula · 41-45, M
Your capacity to be a horrible person is really pretty incredible, but people always just want to accuse you of being a catfish or casually mean on the internet.
+ 1

BiasForAction · M
Sadly, none of us can choose why others love us or hate us.
+ 1

BlueMetalChick · 26-30, F
[@19729,TheRascallyOne] It's good that I'm frustrating. I want to frustrate you. You aren't a bad person but you're fucking confused and I have to be frustrating if I'm gonna show you why the stuff that you think is wrong.
+ 1

BlueMetalChick · 26-30, F
[@609293,RogueLoner] Yeah, of course. I need to be physically attacked because I continually remind your old has-been country ass that waging war on taxpayer money is immoral. I need my ass kicked for opposing genocide, but you don't.
+ 0 · Reply · Apr 22, 2021
25103 people following
Personal, Thoughts & Feelings Personal Stories, Advice, and Support