I have no excitement for this FIFA World Cup.

I have always been a huge football fan and was always looking forward to football tournaments, especially World Cups. But I can't watch this World Cup and ignore what happened in Qatar. Thousands of workers worked in horrible conditions and lost their lives because of this World Cup. I see all those stadiums and facilities, and all I can think of is the blood of those poor workers. I can't believe how the world is letting this tournament happen. All teams should have boycotted this World Cup.

Ynotisay · M
I hear you. I felt the same about China hosting the Olympics. Even though China was pretty much the last country standing because others didn't want to do it. A whole lot of countries use migrant workers. And what that speaks to is how shitty conditions are in the countries migrants are from. They gave it to Qatar, about ten years ago, because they wanted to grow the sport in Islamic countries and give them a chance to be seen by the world in a positive light. But it's an Islamic country. It's only going to get just so "positive." Just like China. But that end of the day the ATHLETES and the COMPETITION are[i] completely [/i]separate from the location. If you watch you're not supporting Qatar. 👍
+ 2

Gusman · 56-60, M
I totally agree. Every country should have boycotted.
But countries are piss weak. I would have liked to see the players wear those arm bands which FIFA outlawed.
But most people lack moral conviction to carry out what they would really like to do.
How did Qatar even win the bid? Corruption through and through.
Disgraced Sepp Blatter has recently said Qatar should not have been awarded the games. Though he presided over the decision.
+ 2

BloviatingBuffoon · F
It just feels weird that it’s not in June, July, I’m used to watching it during hotter seasons not winter.
+ 2

LookingForTheSummer · 31-35, M
@ArishMell FIFA World Cup was always a summer tournament. From 1930 (First World Cup) till 2018. I don't know based on what you are saying it was always an Autumn/Winter thing.
+ 1

ArishMell · 70-79, M
@LookingForTheSummer The sport itself was traditionally a Winter one; so I am surprised the World Cup was always in the Summer; but I can understand why this present tournament is being played in November, given the Tropical or Sub-Tropical location.
+ 0 · Reply · Nov 23, 2022
Translate

Northwest · M
@BloviatingBuffoon No one was more surprised than the FIFA commissioner. The poor guy dod not realize how hot it gets in Qatar in July and August, when hosting rights were awarded.
+ 0 · Reply · Nov 23, 2022
Translate

LordShadowfire · 46-50, M
I was already a bit meh about soccer/football, as well as most sports. Now, I really feel like we all need to boycott FIFA for supporting that crap.
+ 2

Gangstress · 36-40, F
Yeh ive been a bit the same.
Its not up to the players nor their managers to make these decisions. Its up to the FA and the government.
Qatar has 40bn in british assets. So we cant say fuck all about it really.
+ 1

Gangstress · 36-40, F
@LookingForTheSummer they wont. Qatar hold a lot of billions round the world. They/we let them
Hence why the fa backflipped on the armband.
They would have been sanctioned.and I doubt it was just a yellow card
The whole thing is a mess. We shouldnt have had it in Qatar, everyone knows that but those lads need some support
Im with ya. But it was a decision they should have made years ago. Not now
+ 1

LookingForTheSummer · 31-35, M
@Gangstress That's just pathetic. That's what I think. Qatar is doing whatever it wants, and nobody says anything. Banning LGBT armbands and western countries saying nothing about it is laughable.

This totally proves the only thing that matters is money and everything else is just bullshit.
+ 2

Gangstress · 36-40, F
@LookingForTheSummer exactly. Money talks.
I knew about the lgbt law way before the world cup lol. So thats not new to me.
+ 1

ArishMell · 70-79, M
@iamelijah They are already a mess, one result being a world littered with derelict stadia of no use locally after the Olympics.

Unlike most critics though, I will offer a hopefully-constructive suggestion for both:

Find a stable, democratic, "Western" country willing to act as host, then everyone else clubs together to pay for permanent stadia to be built and maintained there; and to share the cost of international events in which they participate; with these conditions:

- The contributions shall be fair financially so all participants have an equal say even though their individual payments are set according to ability to pay .

- The planning, capital and operating accounts shall be open to independent audits, transparent and published.

- The builders, operators and maintainers shall be the hosts' own, local companies and venue-employees; working to support the sports that hire the venues. They will obviously need meet the sports' specific requirements as far as practicable and affordable.

- No one sport shall have any specific rights over others. It may negotiate its own Press and TV coverage, organise its own participants and training, etc; but shall not dictate the venues' facilities and operation to the detriment of others.

- The facilities shall be not only for the Olympics, Paralympics and Football World Cup but also available outside of those events for that host's own and tourist teams and events, including amateurs and the general public.

- These facilities shall be owned in perpetuity by the host [i]country[/i], not by commercial concerns including the sports' so-called "governing bodies". They shall not be sold, especially abroad, as happened for example with the FA's Wembley Stadium and separately, Manchester United Football "Club". (Don't mention 'Glazer' in that fair city...)

- The major events themselves shall be at an agreed time of year, and the fixtures at times of day that suit as far as possible [i]all and only [/i]the sports and their players, and their fans; these dates and time shall [i]not[/i] set by TV companies, politicians, bankers and other peripherals. Even if they help the events.

- All use shall be inclusive, at both professional and amateur level. None of the arguments over "rights" and arm-bands because firstly the venues shall be in countries with modern employment and tolerance laws; and secondly the users will be treated for what they are: [i]people[/i] who simply happen to enjoy particular sports.

NB: I used the word "shall", not "will" or "should", deliberately. It has a specific meaning.

I suggest Greece as the most appropriate, of course, for the Olympics at least. Patriotically, I would naturally suggest Great Britain for the Football - football and cricket are our national sports - but would be happy to see it in, say Germany or Brazil or other genuine football-playing nation.

It may need a second country to host the Winter Olympics, e.g. Canada, Norway, Sweden, Italy, Switzerland; perhaps a third for the football; but with the same conditions. That would spread the burden of being host, and the accessibility of venues, to some extent.

However, these countries are also suitable for the non-Winter events.

For example, contrary to popular myth Norway's Summers are not cold, and even have quite hot spells; she is also a football-playing country, and her huge variety of rivers, lakes and fjords must surely offer suitable venues for the Olympics' watery-borne sports. 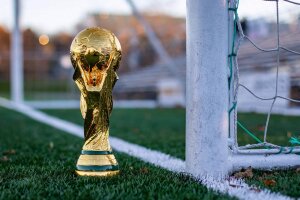