Brooklyn, New York – A 23-year-old McDonald’s worker is now brain dead after being shot in the neck over cold French fries.

According to the New York Post, a disgruntled customer began harassing the worker, Matthew Webb Monday night over her order of fries.

The angry customer was FaceTiming with her 20-year-old son as she argued with Matthew Webb over her cold fries, the New York Post reported.

The woman’s son showed up to the McDonald’s, got into an argument with Webb before shooting him in the neck.

The shooting was caught on surveillance video according to The Post. 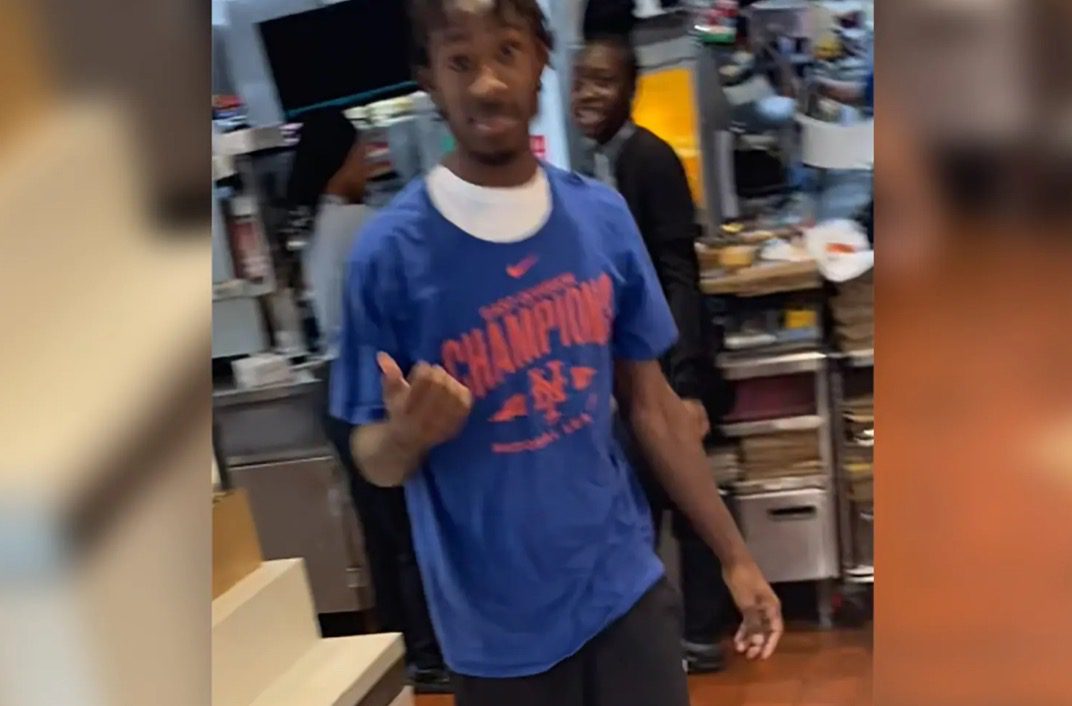 20-year-old Michael Morgan was taken into custody and is expected to face upgraded homicide charges. 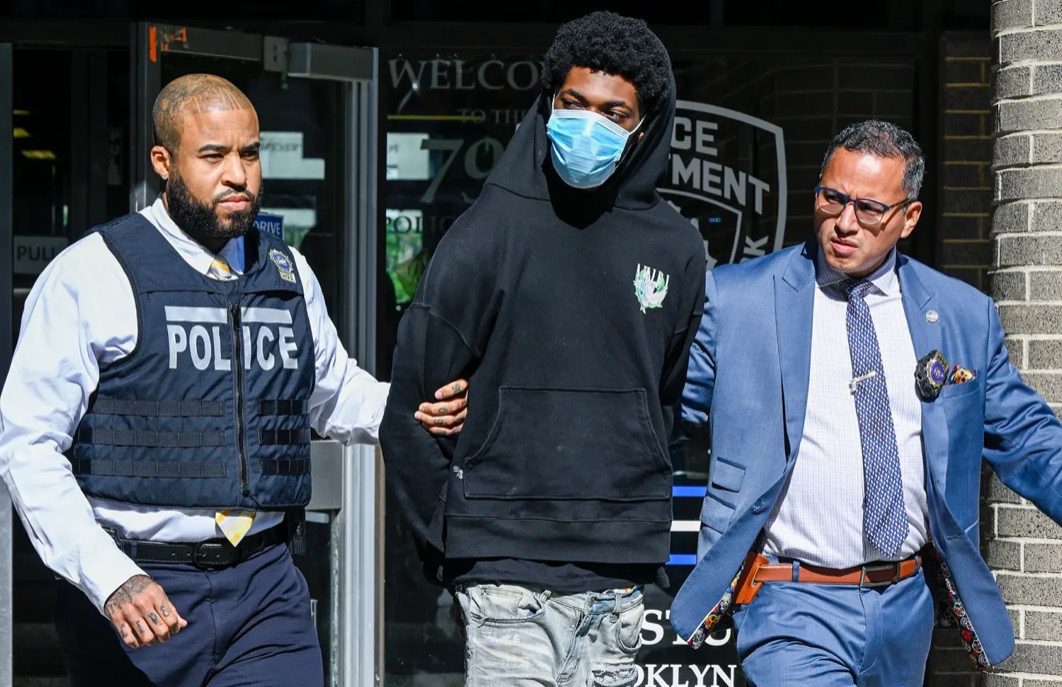 After being taken into custody, Michael Morgan confessed to shooting Matthew Webb and also confessed to a 2020 homicide that took place a few blocks away from the McDonald’s!

Michael Morgan fatally shot 28-year-old Kevin Holloman in 2020, according to The Post.

You have to know that black on black crime is super sad and happens which is crazy sad.... Its been said at times the KKK can sit back and watch inner city kids just kill each other as they do it more then they did. :-( super sad but to a degree its kinda true.

I find the title someone offensive since i am a black man... BUT thats ok... i SEE your point.
+ 3

Budwick · 70-79, M
@autumn25 [quote]You don’t know about the countless protests Black people have when it comes to gun violence in their community [/quote]

nedkelly · M
I am sick to death of hearing about BLM, blacks shooting blacks seems to be a every day thing. Come on Rev Al Sharpton tell us is is wrong but make sure the TV cameras have been notified
+ 8

nedkelly · M
@Zonuss Rev Jesse Jackson has made a life on racism same as Rev Al Sharpton - I am deeply concerned about the loss of innocent civilians killed in Afghanistan
+ 0 · Reply · Aug 5, 2022
Translate

Zonuss · 41-45, M
@nedkelly Clearly you are not concerned when you deny or ignore the problem in your own back yard. 🙂
+ 1

MuguetDeMai · 51-55, F
As a matter of fact, black lives matter very much to blacks! I am not in the least excusing what this man did. He is responsible for his own actions and deserves to go to jail for life. However, people of color live in a pressure cooker, not of their own making, of discrimination and harassment. This breeds anger and resentment. While many black men are able to rise above it and become productive members of society, it takes a considerable toll on their health and have shorter life expectancies because of it. How about instead of sitting in judgement and being part of the problem, showing some compassion and being part of the solution?
+ 2

jackjjackson · 61-69, M
I’ve done my best to help you and despite thst you’ve set back race relations single handedly on this thread. You’d help more on social media and in real life by keeping quiet. @MuguetDeMai
+ 0 · Reply · Aug 5, 2022
Translate

DffrntDrmmr · M
@MuguetDeMai When you hear that term "'virtue'-signaler" you really should pay attention and in appropriate moments, start thinking what that term really means. I say this because you epitomize it. Your ego is at the root and discolors your judgment, causing a perceptual problem. You're stuck in it and don't see it.

I know because for most of my life I was just like you. I said the same things. Used the same reasoning. Was just as righteous.

Always interested in grounding myself with reality, something about that "'virtue'-signaling" term bothered me. It was vague at first. Eventually it became clearer... ego... projection... Then I realized, that's what I'VE been doing all of my life. Because I am generally respected by family, friends and others, no one ever called me on what they must have seen that was ego-blind to me. Then I cringed.

Again, you reek of signaling your virtue. Think about it... when you find a little time now and then.
+ 1

BizSuitStacy · M
If BLM was true to their claim, they'd have been protesting at every Planned Parenthood in the country long ago.
+ 4

BizSuitStacy · M
@Zonuss gosh...lowest unemployment amongst minority groups in history (how disastrously racist of him). Record economic growth in manufacturing, repatriotating businesses the democrats farmed out to cheap oversess labor. The first time real wages increased in 40 years. Lower taxes. Better border security. No new wars. Multiple Nobel Peace Prize nominations. Got the EU to pony up more money to pay their fair share for NATO defense. Got us out of the disastrous Paris Climate Accord. Killed the extremely dangerous Iran deal. Put a leash on China who totally owns your boy Joe. The list goes on.

DffrntDrmmr · M
@Zonuss Videos mean nothing. That you think they do reveals why you're so susceptible to deception. Really.

Those that believe in the false narrative post videos and collect them to support that contention. Others see all of those and perceive it as 'evidence.'

That's how the lie continues.

Listen to this. All of those stories of black victims of racist white cops? Lies! All of them!

"We don't have any evidence that Derek Chauvin factored in George Floyd's race as he did what he did." —Keith Ellison, the black Minnesota Attorney General that prosecuted the policeman when George Floyd died.

Michael Brown in Ferguson, MO?
You know, "Hands up! Don't shoot!"
Investigations by about 6 agencies on local, state and federal levels, including civil rights. No racism! No police crime!

This is true of ALL of the cases you think were racist white cops shooting black people because of the color of their skin. You known... BLM protests. Riots! Media sensationalism!
+ 1

jackjjackson · 61-69, M
We have not discussed them on thread. Those should simply be shot dead on sight as early as possibly in every case. I can’t understand the lack of action in Uvalde. Those chickenshit fake law enforcers should be strung up. @Zonuss
+ 0 · Reply · Aug 6, 2022
Translate

And Truth [i]is[/i] what it's really all about, isn't it? Why discuss Zonass's lies otherwise?

Zonass said:
[quote]Only a weak man will deny truth. [/quote]
And that weak man is you, ass.

TheOneyouwerewarnedabout · 41-45, M
When you got a cult screaming about killing babies.. human life has lost all worth.
Everyone thinks they’re a gangster in a Hollywood movie..
+ 4 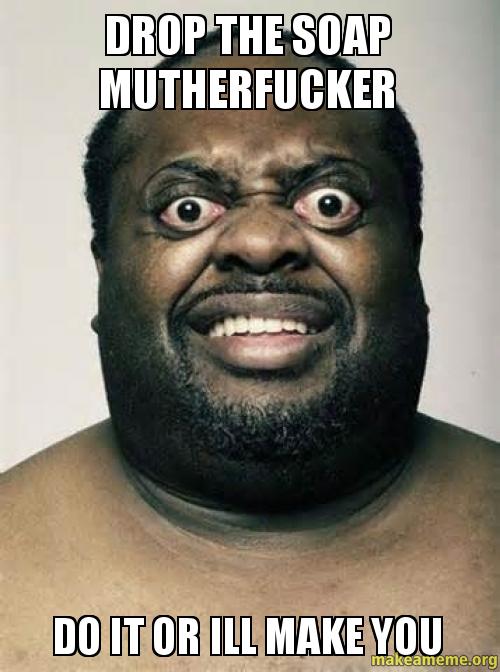 MuguetDeMai · 51-55, F
@rrraksamam Prisons are intentionally overpopulated with people of color to be used as slave labor. They are driven to anger by inequality and abuse. To mock this is despicable and you should be ashamed of yourself.
+ 0 · Reply · Aug 5, 2022
Translate

rrraksamam · 31-35, M
@MuguetDeMai Dropping the soap is a harsh reality of prisons. I don't know what you mean by people of color being used as slave labor. I've watched a ton of prison documentaries, and from what I've seen, killers and murderers aren't generally allowed to work in prison. In some prisons, convicts who have committed crimes of low severity are trained to give them a chance of a better life upon their release. In other prisons, there is no work to be done. They sit in their cells all day and are only allowed outside for short periods.
Furthermore, in some prisons, life is like a vacation; free food, clothing, and lots of free time with nothing to do. But the guy in OP's post will most likely not end up in the latter.

So you will have to explain your statements further with documented proof to back up what you just said.

I'm not mocking anyone so I will not be ashamed of myself.
+ 1

AthrillatheHunt · 51-55, M
It’s not just the low quality processed foods at Mickey dees that will kill you .
+ 1

MarmeeMarch · M
Well at least in prison he will get to eat the food of his choice and it will never be cold - always seasoned to his liking and he can have as much as possible...
AAAAH HH HH A HA HH HHHHH AHHAHAHHH HHHH AHAAAAAHH AHAHAHHHAHH AHHAH HHHHHHH
+ 1

MarmeeMarch · M
@jackjjackson I'm sure when he is wearing his jumpsuit and shuffling around in his prison slippers holding a styrofoam plate - he'll eat anything just to remove the taste from his "nightly" encounters from his mouth.
+ 0 · Reply · Aug 5, 2022
Translate

AthrillatheHunt · 51-55, M
Fatherless young men are a menace to any society they inhabit. Look at any society after a war .Russia after WW2 had no men left to raise the boys and chaos ensued .
Only difference is this is the first time in human history boys are not being raised by dads bc they were killed in war .
These boys dads were not killed in war .
+ 1

Stargazer89
They love playing the race card with blm
+ 1

carpediem · 61-69, M
I feel bad for the kid working at McDonalds. He was working. So many others are not. He was contributing. Life cut short. What a terrible thing.
+ 1

DffrntDrmmr · M
@jackjjackson I use my hair dryer too. It works! 🤓

softspokenman · M
We live in a society where there is violence on a daily basis and shown on most News media, 'Every Day', shootings, murders, rapes, robberies, kidnappings, missing children or other family members are a few examples. What is the 'one size fits all ' solution? "Harden our Schools" ?
+ 0 · Reply · Aug 5, 2022
Translate

helenS · 36-40, F
@softspokenman I don't think the culture of violence is the same everywhere. 90% of the people live their life in peace, at least here in Europe where I live.
+ 1

autumn25 · 26-30, F
Coming from someone who’s only source of information about Black people is from the internet. I doubt you’ve met every black person in the states to come up with that ignorant conclusion.
+ 0 · Reply · Aug 5, 2022
Translate

ChiefWalksWith40oz · 22-25
Heard this song the other day where a dude said
[quote]"I watch murder documentaries every single night. 50 episodes in, they never call it white on white. But if [b]I[/b] kill my neighbor they gon' call it black on black. Or they'll say its gang related just so they could boost the stats"[/quote]
& Thats factual 🤷
+ 0 · Reply · Aug 5, 2022
Translate

[See, what this is, is jamming back in the faces of all of you that always pull the race card with impunity. Fun, isn't it?]
+ 3