Was Lauren Boebert right in saying Christ may have prevented his crucifixion if he owned assault-style weapons?

On Saturday Rep. Lauren Boebert of Colorado referenced the death of Jesus Christ in a joke about gun rights hinting that Christ may have prevented his crucifixion if he owned assault-style weapons. She also pointed out that Cain killed his brother with a rock not an assaulted riffle. She said it at a Christian event run by the Charis Christian Center so I don't think it was right for her to bring republican politics into religion. Cheers and happy weekend!

FukFaceWillie · 46-50, M
I consider it progress she didn't call for revenge against Jews.

MarkPaul · 22-25, M
These people use Christianity as a trophy they display for others to see. If she understood the core identity of Christianity and Jesus in true sense, she would know Jesus would not murder anyone for any reason. She may be impressed with herself, but that is something that Jesus would never relate to, dead or alive.
+ 4

Roadsterrider · 56-60, M
@MarkPaul A fully automatic weapon, what the military use, is already illegal unless owned by a class 3 collector who has paid a tax for every such type weapon he or she has. Further to that only fully automatic weapons that can be legally bought, sold or transferred are those manufactured before 1986. So whether you are talking about an AR-15, a 10-22, a 742 Remmington, they all function the same way all semiautomatic rifles do. A shot can be fired with each pull of the trigger. No more than 1 per pull. Some people can use their finger faster then others but no human can even come close to the cyclic rate of fire of a full auto weapon. Service rifle matches are shot with military style rifles, but they still aren't full auto. The AR-15 is a favorite of target shooters. The only thing different between an AR-15 and any other semi auto rifle on the market is plastic handguards and a pistol grip. The 5.56 NATO cartridge the AR is chambered for isn't really suitable for hunting except for varmints like coyotes, prairie don't and such. They are not suitable for larger game. As far as I know, there hasn't been a shooting with a full auto firearm in decades with the exception of a few shootouts between rival gangs, and lately a few stories about the "Glock trigger", that also is already illegal.
+ 0 · Reply · Jun 18, 2022
Translate

You have veered this conversation so far off the original topic and I have accommodated you. In my opinion Jesus would not support, endorse, or practice what the Boebert woman said.

Roadsterrider · 56-60, M
@MarkPaul You are correct the conversation has veered way off of what Jesus would do. The last full auto firearm used in a shooting that I can recall was the St Valentine's Day massacre back in the 1920s.
+ 0 · Reply · Jun 18, 2022
Translate

hippyjoe1955 · 61-69, M
The second amendment is a Republican issue? I thought is was a REPUBLIC issue. It is part of the constitution.
+ 2

hippyjoe1955 · 61-69, M
@markansas So do you know how the books were chosen? BTW my Bible has the appropha in it. My son's orthodox has other books beside that. Do you have a serious point to make or are just trying to denigrate my faith? BTW I don't worship the Bible. I worship Yahweh. Yahweh speaks through the Bible but that doesn't mean I worship it.
+ 0 · Reply · Jun 18, 2022
Translate

hippyjoe1955 · 61-69, M
@markansas The canon of scripture was set by having all the Christian bishops get together and pick the books that belonged. It was very high standard they set. Every book chosen had to have every bishop agree that it belonged there. If even one bishop said no the book was not accepted. Thus the 66 core books were deemed fully canonical. The other books were not burned nor destroyed. They are still available. They simply are not part of the canon. The Catholic church later added the appochipha and the Orthodox church added a couple more but those books were not considered canonical and are referred to as deuterocanonical. Kind of a second canon that justifies some practices in the church that would otherwise not be acceptable. The reformers decided that they would try to get back to the basics and rejected the deuterocanonical books but kept all the canonical books. Having done that they then set the standard Sola Scriptura. In other words unless it is in the Bible we don't do it. Thus Mariology as practiced in the Catholic church is banned and the veneration of the Icons in the Orthodox church is also banned.
+ 0 · Reply · Jun 18, 2022
Translate

CountScrofula · 41-45, M
The US is gonna be arm in arm with Iran and Saudi Arabia as a theocratic capitalist police state. It's gonna be great.
+ 2

canusernamebemyusername · M
Odd how it was the religious right of Jesus's day that had him killed.
What makes her think she wouldn't kill him again. This is why God loves atheists over Christians. Cause atheists leave him tf alone.
+ 2

ShadowfireTheSarcastic · 46-50, M
How in the sweet fuck does this woman still have a job?
+ 2

spjennifer · 56-60, T
Is anyone surprised that the prostitute Lowrent Boozeburp would say something as stupid as this? She's a Christain (sic) alright, by gawd! Hallelujah, Glory to gawd! 😖
+ 1

spjennifer · 56-60, T
@ShadowfireTheSarcastic Yes, she is and that was my intent too, these far right evangelicals should not be in Government in any fashion, although I suspect she's just parroting to acquire votes 😖
+ 0 · Reply · Jun 17, 2022
Translate

Freeranger · M
Of course, I'd have to opine that, regardless of speaking w/o thinking in this instance, I have to laugh hysterically at all the libs who suddenly acknowledge Christ in any way, shape or form feigning moral outrage, particularly given their collective and total acquiescence to the millions of extinguished souls who've ended up in trash cans for the sake of convenience on their continual cause of infanticide.
The hypocrisy people.....
+ 0 · Reply · Jun 17, 2022
Translate
View 1 more replies »

Freeranger · M
@ShadowfireTheSarcastic To be clear mate, it's full of eggs. I'm not surprised. 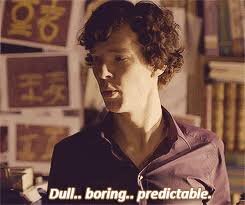 Ynotisay · M
@Freeranger So you know, there are liberals who believe in god. You don't own Sky Daddy and his sexy, blonde haired, blue eyed boy. Who, according to how he was created in the fable lifted from previous fables, would spit in the face of the vast majority of Christians in this country.
+ 2

ShadowfireTheSarcastic · 46-50, M
@Freeranger Keep talking shit. You're not going to distract me from the fact that you can't respond to the original post.
+ 1

Ynotisay · M
And I bet the crowd cheered. But isn't Republican politics pretty much hand in hand with evangelical christians already?
+ 1

Milkshake · F
isnt that the best reason to forbid assault weapons... if you are christian there is no way you can justify owning a weapon
+ 1

smiler2012 · 56-60, M
i think people maybe should put there brain into gear before they open there mouth . yes it is an opinion fair enought but if she reads the bible and understands it jesus his fate was rather mapped out for him and knew death was coming to him . makes me wonder as i say it is an opinion where the republican party get these people from [nanoose]
+ 0 · Reply · Jun 17, 2022
Translate

BreadAndCircuses · M
Why would JC want to prevent his crucifixion by going all Jambo?

I thought he was suicidal for a cause, that him dying was kinda central to the whole Xtian narrative.

If he went all Jambo, then we wouldn't even know about Xtians today, and the whole western right wing would all be militant Zoroastrians now.
+ 0 · Reply · Jun 18, 2022
Translate

markansas · 61-69, M
@BreadAndCircuses says a lot about the father who is willing to kill his only son. jesus.
+ 1

TryingtoLava
Idk if shes ever been right tbh
+ 1

Ynotisay · M
@markansas Just like all those sexy white dudes with blond hair and blue eyes in the Middle East.
+ 1

Justmeraeagain · 51-55, F
The whole point is Christ laying His life down voluntarily
Just stupid and ignorant.
If she's a Christian wouldn't she realize that preventing the death of Christ would be the end of her religion?
+ 0 · Reply · Jun 17, 2022
Translate