Should public bathrooms be free?

Poll
Yes
Nope!
Show Results
You can only vote on one answer.
I'm talking like stores, buildings, and restaurants. Do you think someone should be able to walk in and use the bathroom without paying first?

adorbz · 22-25, F
I think so. Especially in places where there are no proper public toilet, what else are you supposed to do 👀
+ 1

alongalone · M
Yes it's a low cost to maintain except if people somehow start abusing it. Stores without bathrooms suck
+ 0 · Reply · Jun 10, 2021

Northwest · M
These facilities are for customers. If someone needs to go urgently, they should be allowed to. Usually there's resistance, in places with higher transient populations.
+ 1

Budwick · 70-79, M
Nancy Pelosi's District has this all figured out. 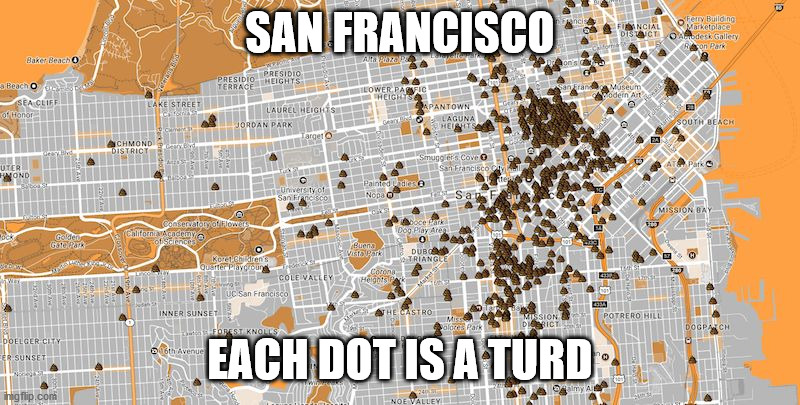 4meAndyou · F
[@1114676,HairbrushDiva] For the amount of money they pay for actors, they are probably not going to show you the inside of a public park bathroom...🤣. However, the public may use the bathrooms, also, in almost every gas station, fast food restaurant, and coffee and donut shop across the USA.
+ 1

BreezeyBree · 56-60, F
I think malls have public bathrooms, but most places have bathrooms for paying customers only.
I know a couple gas stations/convenience stores that will not allow people to walk in for bathroom only and one man actually pounded on a bathroom door demanding the user buy something before leaving. lol
+ 4

monte3 · 70-79, M
One place we were at in France had three pay toilets all at different price points, which was an interesting concept. 😊. The lowest may have been a pit.
+ 1

soar2newhighs
It might depend on the ordinances of the jurisdiction that has authority over such matters.
+ 0 · Reply · Jun 10, 2021

MarmeeMarch · M
[@346344,PicturesOfABetterTomorrow] Yea - every family that goes into a restaurant is wealthy. And if a filthy BUM walks in, reeking to high heaven ready to fill the bowl and take a bath for a half hour or whenever he feel like to leave . You should sit around with an S - eating grin on your face.
+ 1

BeatMySelf2Pain4Perfection · 31-35, M
Hhhmmm. Probably not because of many reasons.

1st. They need to make a Profit.

2nd. They don't want Tweakers hanging inside and out.
+ 1

saragoodtimes · F
go back to how it used to be 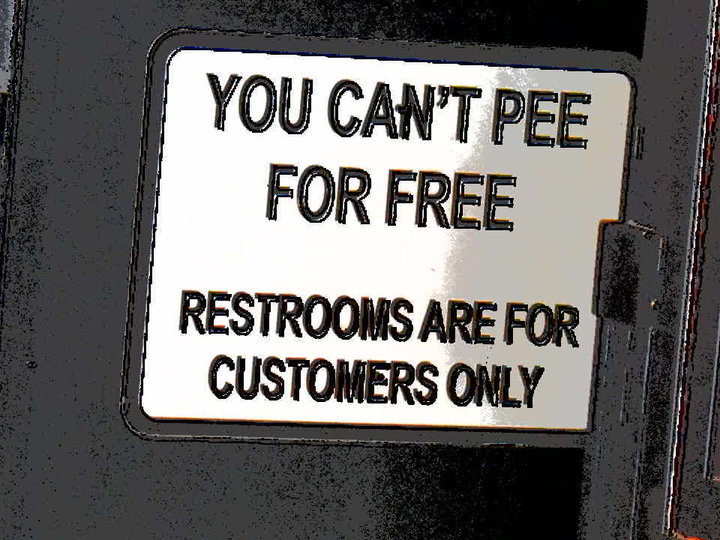