Do you support Donald Trumps assassination of the Iran General? (I do)

Terrorists must be stopped. Put a line in the sand.

Sporty has a very particular set of disabilities. If he had an alt, you’d know.
+ 1 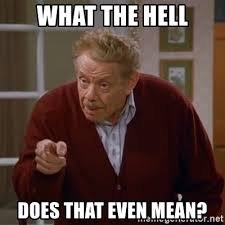 TheScissoring · 41-45, M
Fuck yeah.. another one of McCain and Obama’s buddies dead.. just a few more and peace talks will be possible..

RamessesII
I don't support anything Donald Trump does
+ 7

Bobbeck56 · M
Trump didn’t assassinate the General but I support his decision to take him out.
+ 5

raysam363 · 26-30, F
[@993772,WizardOfAahs] I can only say what I saw. Mostly younger people protesting, while the NIAC (National Iranian American Council) was happy. I'm not all knowing, and I have better things to do that constantly look up Trump and people who dislike him.
+ 1

The biggest problem this country is facing now isn’t Trump.... it’s the people who judge everything they see by one thing... is it pro Trump or against Trump.

Seems a poor lens for making choices about who’s going to affect your taxes, the deficit, health care, infrastructure... whether the US continues to be the dominant world power.

Think things are bad now... wait until we look like Europe and China is the leading economy.

Hope your “better things to do” includes judging who can lead this country better than Moscow Mitch or everything should be free AOC
[@960394,raysam363]
+ 1

[quote]WASHINGTON DC – In response to reports of Qassem Soleimani’s death as a result of airstrikes in Iraq, NIAC President Jamal Abdi released the following statement:

“The last thing the world needs is yet another disastrous American military adventure in the Middle East. [b]The assassination of IRGC Quds Force Commander Qassem Soleimani is a profoundly reckless move[/b] that will be viewed as an act of war in Tehran. The most aggressive hardline elements inside Iran have just been given a massive opening to consolidate influence internally and respond violently externally.

“Iran is a nation of 80 million innocent people, most of whom do not want war and oppose the actions of their own government. Similarly, Iraq is a nation of 38 million who deserve peace after lives filled with war. And the American people have seen enough of wars in the Middle East that have no end, only new beginnings. Yet many thousands of innocents in each country will be the victims of a conflict that will be difficult to confine within any one nation’s borders.

“There is no Congressional authorization for a war with Iran, and the legal authority for this assassination on Iraqi soil is dubious at best. Soleimani himself has blood on his hands, yet that is neither an authorization for a war nor a just cause for starting one. Moreover, there is a fierce nationalist streak in Iranian politics, and Soleimani himself polled as one of the most popular figures within his country.

“We call yet again on leaders in Washington and Tehran to halt the escalation spiral, invite in intermediaries and negotiate their differences before it is too late and a regional war is upon us. There is no singular decision that necessitates a bloody and costly war that will have no victors. Millions across the region are praying and hoping that this reckless assassination does not open pandora’s gate.”[/quote]

In response to reports that Iran would continue to reduce compliance with the Iran nuclear deal, the National Iranian American Council (NIAC) issued the following statement:

“[b]The catastrophic ineptitude of President Trump’s maximum pressure strategy is yet again on full display[/b], this time with Iran’s nuclear program. From the assassination of Iran’s IRGC Quds Force Commander Qassem Soleimani to now a further reduction in Iran’s compliance with the nuclear agreement Trump has worked to unravel, this president’s policies have accelerated the prospects of war, the specter of nuclear proliferation, and instability in the region. At every crossroad where a diplomatic offramp was possible, Trump has chosen self-defeating conflict and inexplicable escalation.

“Despite Trump taking the U.S. very nearly to a point of no return, it appears Iran is still keeping open the prospect of saving the nuclear deal that remains the best vehicle to impose limits on Iran’s nuclear program.

“Even as it ceases application of its commitments, and amidst threats from the U.S. president that he may bomb Iranian cultural sites, Iran’s announcement appears to be a deliberate step to ensure that the nuclear agreement can remain at least in life support. While nuclear safeguards have been downgraded with this final step, Iran’s professed willingness to continue providing IAEA nuclear inspectors access to its nuclear sites and its continued implementation of the Additional Protocol suggest that even at this reduced state, the JCPOA is still an option on the table for the international community – and perhaps Trump’s successor – to salvage.”[/quote]
+ 0 · Reply · Jan 9, 2020
Edited: 1 yr ago

JoeyFoxx · 51-55, M
If you believe it was an assassination, then you are ok with the President breaking US law.
+ 2

Now we have these goofy euphemisms - but targeted killings are assassinations no matter how much lawyers dance around it.
+ 1

JoeyFoxx · 51-55, M
[@580625,QuixoticSoul] I’m on the fence. Clearly he needed to go, but with an open emergency declaration, it’s technically a military strike.

QuixoticSoul · 36-40, M
[@802348,JoeyFoxx] That's the sort of goofy lawyer shit you have to do when you make basic tools of realpolitik illegal. Permanent emergency, and worldwide battlefield with no defined enemy. It's meaningless.

Regardless, even in times of open war - taking out a high value target in a deliberate surgical fashion is an assassination. There's no real reason to treat it as a dirty word, these are big boy games.
+ 1

Jwalker
To bad all he did is put a bigger target on the US and put every person in the Military overseas at more risk than they already were for absolutely nothing because he's already backed down.
+ 3

Jwalker
[@580625,QuixoticSoul] Trump has been escalating this situation for Israel and the Saudi's since 2016. He wants to rent out young American men and women to them. "The Saudi's will pay" It's really sad we can't figure out who Trump is working for because it's not the American people.
+ 0 · Reply · Jan 9, 2020

JBird · F
He didn't kill a terrorist. Not all brown people are terrorists. Why are some people stupid enough to overlook the fact that this broke the nuclear deal and opened to a new crisis and tension between US and Iran
+ 2