So far I've found the Politics section, but where is the Religion and Spirituality section where Atheists, Muslims, Christians, and Jews duke it out? [I Yahoo]

I found a few "Religion" sections but they're pretty dead and not what I'm looking for.

I'm from Yahoo Answers, by the way.

HoraceGreenley · 56-60, M Best Comment
We had a dance off

pianoplayingsteve · 26-30, M
You dont really ever see comments sections where people discuss differing opinions. It's just christian pages for christians to agree with each other, muslim pages for muslims to agree, atheists for atheists etc. The second anyone online disagrees it is "you must have some sort of evil intention, you are a troll! Allow me to avoid giving a direct answer to anything you say and twist the most objective of language". Even as a fan of Dawkins, I had to quit a freethinker page on Facebook a few days back. Even as an agnostic, i can appreciate some religious arguments and i can think some of the christian bashing comments (it gets ridiculous on the freethought page) are ridiculous. But if I ever comment a disagreement with something they said about chrisianity, I'll be piled on and treated with the same tribalistic, insulting, stupid mentalities they claim the religious have. And what makes it worse is that they never self reflect, because they remind themselves 20 times a day that because they aren't a christian, every thought they have is 100% logical and undeniable.
+ 2

BettyBeez
I avoid all those sections
+ 4

curiosi · 56-60, F
We do have our disagreements around here but it is much more civil then Yahoo and we intend to keep it that way.
+ 3

ImperialAerosolKidFromEP · 46-50, M
I don't know how you missed it. I've seen hardly any Muslims, and Jews don't have a whole lot to say but there's no shortage of fundamentalist atheists around
+ 2

Keraunos · 31-35, M
You're expecting a lot more variety out of this site than you're going to get. Every once in a while there are atheist-on-biblical literalist spats. As usual, they tend to take the form of low-information American boomers arguing with people young enough to still have fun when they feel they're dominating others with their critical thinking skills, but if you're into seeing the same five or six conversations that emerge out of that match-up happen over and over again, you'll get what you want if you stick around long enough.
+ 0 · Reply · Apr 20, 2021
Edited: 7 mths ago

BlueVeins · 22-25
Uhhh there aren't really enough people for that. Pretty much everyone just uses the home feed.
+ 1

mysteryespresso
religion section is different here. if you disagree with them they block you
+ 1

TheLastWord · 22-25, M
[@322117,Zonuss] I'm not an atheist but I have noticed that. One of the guys I know from Yahoo had a warning put on his account. When I asked him how (since he never posts anything bad). He said he it was from all the posts he made questioning others' beliefs. I love discussing religion, I like the study of them more than trying to prove them wrong/right. In other words, I'm interested more in the discussion.
+ 0 · Reply · Apr 26, 2021

questionWeaver
Just write a post and pick any group ... everybody sees it and will jump on you

You will get the joy of clawing your way through comments arriving faster than you can type. 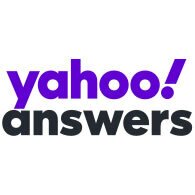