Spokes comrades for the People's Republic of China and The Russian Federation want to reassure America. “Our spies NEVER found any of the many top secret documents your sleepy old president left lying around. None in his former “think tank” offices. None at his Wilmington Home. None at his beach vacation home. None at his Corvette garage. None left behind in the VP mansion after he moved out in 2016. And certainly, none on Hunter Biden's laptop, or stashed in Hunter's several condos. We checked them all very thoroughly. We can't figure out how we missed the ones that keep turning up. We will severely chastise our spies for never finding anything. Please believe us.”

I just made that up, of course. Russia and China have been silent on the Biden document scandal. In fact, NOBODY HAS EVEN ASKED them. Not PBS. Not CNN. Not CBS. Not even Fox. Hey Fox, how'd you overlook THIS? It would have been worth an entire Tucker Carlson episode, no? Many docs still being found - but no reason to fear ANY were ever nabbed by spies???

I'm not trying to “take down Biden”. He and his staff are doing that just fine on their own. What's the old adage? If your opponent has already set himself on fire, don't run up with a bucket of gasoline. It's pointless . .. “

I never thought Biden was "an opponent”. Or even a significant danger to the American people. Like most taxpayers, I expected less drama than we're actually getting. 4 years of vapid nothingness. The caretaker role he promised during his 2020 campaign. Make America boring again.

Geesus – were we ever snookered. But it's NOT Biden's fault. He's extremely old and senile. He simply CANNOT remember what he did with those documents. He can't even remember taking them, let alone where he put them. That's why he's been of no help at trying to put out the fire.

Chief of Staff Ron Klain to Biden: “Mr President – PLEASE – you must remember what you did with SOME of them!!! “

President Sleepy Joe - “Ron? Where is my dog Major? Why can't I throw the ball with him? I don't like that new one called “Commander” they got to replace him.”

True fact – Ron Klain has announced he's leaving his role as White House Chief of Staff. To spend more time with his family. Or dog. Or his ghost writer. Possibly even his lawyer. Ron is already packing his stuff up. Is anybody checking to see that he isn't taking any top-secret docs with him? Hey - Department of Justice - why not get out in front of this one, eh?

Wait – it gets funnier. Klain's replacement has already been named. Some guy named “Jeff Zients”. Yeah, I never heard of him either. But it turns out he's in charge of Biden's "Covid 19 strategy". And he's also a member of Facebook's board of directors.

Stop laughing. This is 100% true. You can't possibly make up stuff this funny.

LordShadowfire · 46-50, M
I'm laughing because people like you claim Joe Biden forgetting where he put a dozen or so documents is the exact same thing as Donald Trump stealing hundreds of boxes of them, then denying he had them. Updated per your clarification.

And by the way, Susan, the guy who planted the idea in your head that Joe Biden is senile? That guy can't put together a single coherent sentence, and you still worship the ground he waddles on.
+ 6

SusanInFlorida · 26-30, F
@LordShadowfire wow - this sounds eerily similar to the religious right's claims that dinosaur fossils were concocted by god to test the faithful. you guys should talk !!
+ 1 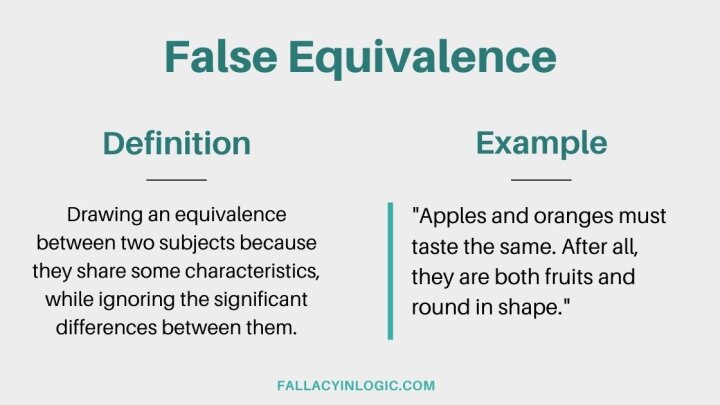 LeopoldBloom · M
@LordShadowfire She's not a Trumper. Just because someone hates Biden doesn't mean they like Trump.
+ 0 · Reply · Jan 22, 2023
Translate

MrBrownstone · 41-45, M
ANTIFA “protesting” day after a search of Joke Biden’s house not a coincidence.
+ 3

LeopoldBloom · M
@MrBrownstone And you know this because you're psychic? The protest was in response to a police shooting. I'd be surprised if any of the protesters cared about a few documents found at Biden's house the day before. I'll bet 90% of them didn't even know about that.

Just because you worship Twitler like he's the second coming of Christ doesn't mean we worship Biden.
+ 1

whowasthatmaskedman · 70-79, M
@sunsporter1649 7..Prove me wrong.. The only long term profit coming out of that was to the oils companies.. There are more long term "real" jobs in renewables.. Something the US could actually make a profit out of. But thats tomorrow and requires planning beyond drilling a hole in the ground and using up in decades what it took millions of years to create.😷
+ 0 · Reply · 3 days ago3 d
Translate

whowasthatmaskedman · 70-79, M
@sunsporter1649 I quit all $US stocks years ago and cashing in my $ while they are still worth something. I hope your parents pension fund isnt dependent on some of those leftover toxic investment securities...😷
+ 0 · Reply · 3 days ago3 d
Translate

LeopoldBloom · M
Biden didn't personally take the documents. His staff collected them, and as they're being discovered, he's returning them.

Contrast this with Trump who refused to return all of the documents he had, and attested that he had returned them when in fact he still had hundreds of them at his residence. We don't know if he shared any of them with MBS in exchange for the Saudi's very generous loan to son-in-law Jared Kushner.

The law applies differently depending on whether the removal of documents was accidental or with malicious intent. It's the difference between stealing a car for a joyride and bringing it to a chop shop.
+ 1

LeopoldBloom · M
@MrBrownstone One is president, one is running for president. It's not like Twitler is retired.
+ 0 · Reply · Jan 22, 2023
Translate

SusanInFlorida · 26-30, F
@LeopoldBloom is there a source for this claim? did any Biden staffers go the press and say "Yup - i took secret docs i shouldn't have. i need a lawyer now"

i don't know why Biden's staffers would give him docs on Ukraine (where his son sat on the board of a corporation) except to frame Jpe himself. If I was on Biden's staff I'd have gone crazy - "Hey - you can't take those. They instantly make you look guilty of colluding with Hunter and Ukraine for illegal foreign funding diverted to your political treasure chest. Don't do it Joe!"
+ 0 · Reply · Jan 23, 2023
Translate

LeopoldBloom · M
@SusanInFlorida From how it looks now, some people on Biden's staff took some documents, and now over six years later, other people on his staff found them and immediately turned them over to the government (which is what you're supposed to do). There are millions of classified government documents and thousands if not millions of people who have had access to them. The government can't prosecute every instance of someone forgetting to put one in a safe at the end of the day or accidentally taking one home. What makes Trump's actions worse is his attempts to obfuscate and his failure to cooperate. Whether it goes anywhere now is the question.

Regardless, Biden is being investigated, and if he broke the law, he should be held accountable. I'm sure MTG or one of the other idiots is preparing a bill to impeach him for this.
+ 0 · Reply · Jan 23, 2023
Translate

PicturesOfABetterTomorrow · 41-45, M
Well given the few were found in a locked government office that seems likely.

Not like he had them in an unlocked office in a golf resort open to the public where his own lawyers stated people walked in and out all the time.

And it is not like the docs found in Biden's office were docs that it is illegal merely to remove them from a SCIF. And hint, a golf course is not a SCIF for the Trumpists in the crowd.
+ 1

PicturesOfABetterTomorrow · 41-45, M
@sunsporter1649 I see you are still doubling down on selling out your country for a cheap hat.
+ 0 · Reply · 3 days ago3 d
Translate

SusanInFlorida · 26-30, F
@PicturesOfABetterTomorrow if your argument is sound, why are there zero likes?
+ 0 · Reply · 2 days ago2 d
Translate

PicturesOfABetterTomorrow · 41-45, M
@SusanInFlorida 🤦‍♂️ Now you are getting more and more ridiculous. Explains alot though if right wingers think an argument is valid solely on how many randoms on the internet agree with them. Forget logic, or facts, or evidence. It is all about feelings.
+ 0 · Reply · 2 days ago2 d
Translate

BizSuitStacy · M
LOL. Looks as if you triggered a few people. I can't see their comments or who they're from as they are among the handful of knuckleheads I've blocked. But I can guess they are graduates from WTU (Whaddabout Trump University).
+ 2

TexChik · F
Their spies? No, they were delivered to their leaders
+ 2

whowasthatmaskedman · 70-79, M
I truly empathize with you.. And this old fossil is STILL a massive improvement on the last guy.. Just how sick can US politics get...😷
+ 1

whowasthatmaskedman · 70-79, M
@SusanInFlorida I accept that in the case of the documents, both men need to be investigated and if found to have violated the law, face penalties under law.. In fact, as I understand the National archives processes, I am amazed either one was able to NOT return those records immediately.. Something isnt right there.😷
+ 0 · Reply · Jan 23, 2023
Translate

SusanInFlorida · 26-30, F
@whowasthatmaskedman we are in agreement. use the laws that exist. don't apply distinct tests based on popularity, motive, or public opinion.
+ 1

whowasthatmaskedman · 70-79, M
@SusanInFlorida Totally in agreement. Sadly I believe there is an unequal application of laws in a lot of instances in your country.. We are not immune either..😷
+ 1

Graylight · 46-50, F
This in no way detracts for Trump's knowing and unlawful theft of documents and his criminal response to being questioned and investigated about them.
+ 1