Why Are Conservatives So Obessed With Abortion & Against It

bijouxbroussard · F
Basically the religious right are obsessed with women’s bodies and want to control their sexuality. As someone else said, if it was actually concern for babies, they wouldn’t consistently vote against funding for prenatal care for low-income women, head start education and school lunches for children.

They’d be the ones making it easier for low income women to choose not to terminate their pregnancies, rather than [b]forcing[/b] them to give birth with no support system in place. And they complain about the public assistance that [b]is[/b] provided.

They certainly wouldn’t vote against accessibility to birth control, to help so that unwanted pregnancies would be less likely to happen.

And I firmly believe that [b]nobody[/b] can legitimately call themselves "pro-life” and support the death penalty, because that is the state-sanctioned [b]killing[/b] of a living, breathing human being. There’s no way around that—when they’re strapped to a chair or gurney and you’re about to inject them, it’s [b]not[/b] self-defense.
+ 4

If they cared, they'd be providing neonatal care, social service programs and legislation helping young mothers. They'd stop banning books and focus on actual early education. They'd champion things like healthcare, education and programs for all the disadvantaged youth. They'd have [i]actually [/i]care about women's sports and extracurriculars for the [i]decades [/i]leading up to the new transgender "girls sports are so precious" bullsh*t.

But they haven't done any of that. They're busy creating an uneven playing ground that ensures they get what they want at the expense of everyone who thinks they're climbing Everest but is actually just clawing out of the hole they've been rolled into.
+ 4

Torsten · 31-35, M
its not just conservatives against it. Maybe people are just against murder 🤷‍♂️
+ 3

Torsten · 31-35, M
@sylvester dont give her what she wants. She seems to enjoy the same tiredsome arguments that go absolutely nowhere.
And her trying to say gender is confusing to you, she doesnt even know what a woman is haha
+ 1

Ceinwyn · 22-25, F
Imagine how pissed they’ll be if those babies grow to be adults that don’t vote the way conservatives want them to.
+ 3

sylvester · 46-50, M
@Graylight In the 1960s, the burden for committing a person to a mental institution was lowered and such institutions began to die out. Before the 1960s there was one (1) mass shooting committed by a mentally unstable individual in the US. Because of liberal policies, the mentally unstable are part of the nation's criminal element and many are homeless. You know this, yet you choose to deflect. That's a typical Alinsky tactic-- I've seen it a million times. Now, lazy dude, I have a question-- WHERE is your boy Bohemian Boo? I enjoyed demolishing him on a daily basis, just as I do to you.
+ 0 · Reply · May 14, 2022
Translate 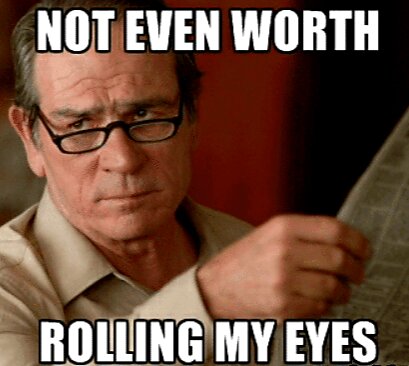 [/center]
Your shield of supposed education must be very heavy. As it doesn't deflect terribly well, I suggest trying something else.
+ 0 · Reply · May 14, 2022
Translate

ShadowfireTheSarcastic · 46-50, M
Without all those unwanted babies, who are they going to molest in a few years?
+ 3

F0rgetMeNot · 51-55, F
No idea, maybe because it's easy to advocate on behalf of the unborn? An easy way to feel good about yourself. Unlike breathing humans who need food, shelter, education, healthcare... all those things conservatives hate having to provide or think about. They have simple minds and cannot cope with the complicated nature of living humanity, so opt out by saying they care about the unborn, who make no demands on them.
+ 2

Alfarrobas · 31-35, M
Many reasons. One maybe power over other people, the power of their choice not being their choice. Other maybe the perception that there is only one way, one correct way to do things, that their moralitty or thought is superior, so they not also need to assure others know that, but also is enfocerd over them.
Can be simply petty people. Why do people sometimes care about what others things other people that don't affect them in any way or has any kind of negative impact? Because they feel that itch.
+ 1

sunsporter1649 · 70-79, M
@Alfarrobas And of course the liberals are free and easy, everyone is permitted to whatever they wish, never a voice raised in opposition
+ 2

MougyWolf · 36-40, M
@ShadowfireTheSarcastic go smoke a joint, it will be good for your soul
+ 1

ShadowfireTheSarcastic · 46-50, M
@MougyWolf Go educate yourself before running your mouth again. And talk about balls if you think women's place is barefoot, pregnant, in the kitchen, without any rights whatsoever.
+ 2

MougyWolf · 36-40, M
@ShadowfireTheSarcastic aw man, it's been years since I had a nice set of balls in my mouth, I miss it
+ 1

CorvusBlackthorne · 46-50, M
@sunsporter1649 It isn't about abortions. It is about having the option. If you lot were really in favor of smaller government, you would be opposed to regulation preventing poor women from accessing vital health care.
+ 2

sunsporter1649 · 70-79, M
@CorvusBlackthorne Quote to us where in The Constitution abortion is mentioned
+ 1

Jwalker
They have to appease White Christian Nationalists for votes.
+ 1