Do you prefer a big bowl of grits or mashed potatoes? | Miscellaneous | Similar Worlds
Fun & Games
Miscellaneous
Follow
Asking
No Notifications
Only logged in members can reply and interact with the post.
Join Similar Worlds today »

Do you prefer a big bowl of grits or mashed potatoes? Mash Potato? Fantastic with mustard and grated cheese through it....

But I never understand why seem to have, forgive me if I'm wrong, a plate of grits with their vegges/meat?

bijouxbroussard · F
[@1146285,SammyJo] Breakfast grits are generally served with bacon or sausage, and grits are usually prepared with butter, sometimes cheese (maple syrup ? That’s a “no” here ! 🤢)
A popular brunch dish is shrimp and grits. 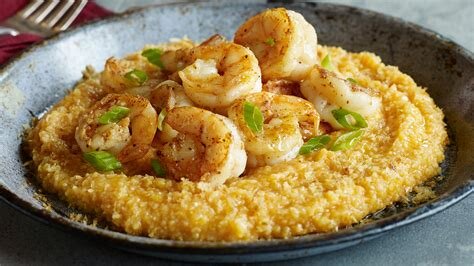 Trippin · F
I just smashed a bowl of Lucky Charms and two Corona... My insight of choice..meh...cant be trusted.
+ 3

4meAndyou · F
I am discovering that while potatoes are carbs, they are still lower on the glycemic index than wheat, or corn or corn products like grits.

I loved mashed potatoes as a child. Even though they were the 'instant" kind, they were always the best part of our dinners, because my mother could not cook.

If I were given a LARGE bowl of mashed potatoes, I would probably have several bites, then cover it up and eat the rest when I was hungry.
+ 1

bijouxbroussard · F
I love grits. But I prefer hash browns to mashed potatoes.
+ 2

Stark
Grits with cheese and an over easy egg, a side of ham would be nice too. 🤤
+ 1