Do You Think The Prophecy Of The Six Seal Is Literal? 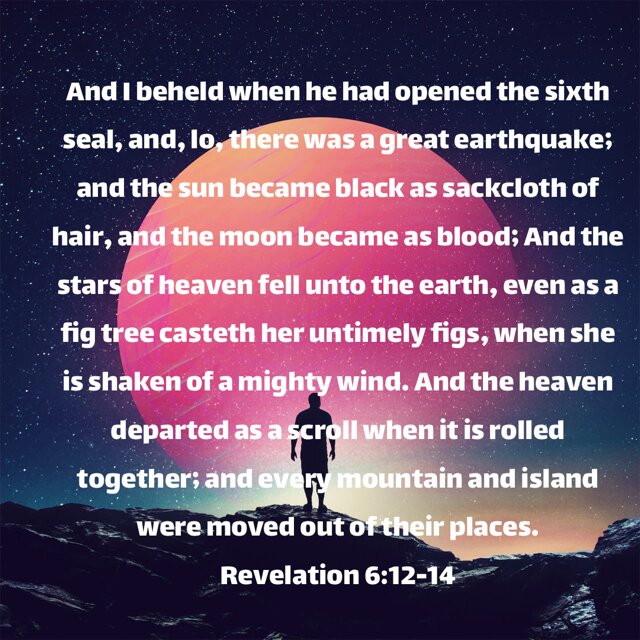 If So I Don't Wanna Be Here When It's Fulfilled 😅

REMsleep · 41-45, F
I agree with @wildbill83 It's literal but maybe not exactly as we would understand it today. The human authors used what language and knowledge that they had to write down the revelations.
+ 2

Adstar · 56-60, M
Yes.. But the stars falling from the sky i believe is a large meteorite shower..

I believe the trigger for all these signs will be the impact of a large meteor in the sea. the energy of the impact will kick up tons of debris into space that will return to earth in the form of a massive meteorite shower.. This meteor is called in the Bible a great mountain falling into the sea burning with fire..

Revelation 8:8 "And the second angel sounded, and as it were a great mountain burning with fire was cast into the sea: and the third part of the sea became blood;"
+ 1

walabby · 61-69, M
Nope. The prophecy from Jesus himself saying that some of his audience would still be alive when he returned didn't work so why should this one!
+ 2

but rather than a single disaster at once, they'll all be occurring at the same time...
+ 1

ShadowfireTheSarcastic · 46-50, M
Nope. John of Patmos was at best writing an elaborate coded message to warn his fellow Christians of the danger presented by Emperor Nero.
+ 1 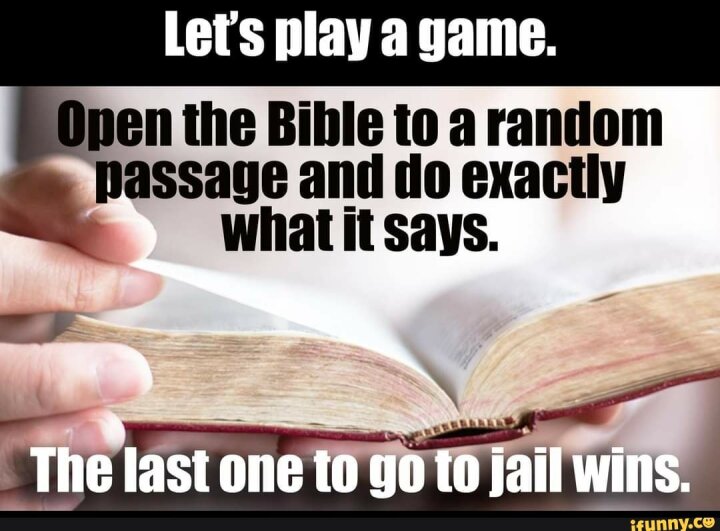 jshm2 · 41-45, M
It's allegorical and most of it is mistranslated from the Hebrew gospels. Revelations isn't really scripture and no one really knows who wrote it. But it sounded "right" to the Early church fathers and for all we know it was probably fanfiction.
+ 0 · Reply · May 7, 2022
Translate

REMsleep · 41-45, F
Earlier I said that it was literal but I might add that the Bible always contains some degree of allegory but it must all be read in context of the entire book. Its still a revelation of future truth.
+ 0 · Reply · May 8, 2022
Translate

Toepatrol · 31-35, M
Taking anything in the Bible literally is a bad idea.

CreepzillaInManila · 31-35, MVIP
The book of revelations is a book of symbols. That's why it's called revelations. In order for one to understand it, it must be revealed to you
+ 0 · Reply · May 7, 2022
Translate · Edited: 1 week ago

Entwistle · 51-55, M
@karysma The world will still be here for millennia after mankind has gone.
+ 1

ShadowfireTheSarcastic · 46-50, M
@karysma [quote]The world is literally about to come to an end if you haven't noticed[/quote]
Oh, please. You people have been saying that for 2,000 years now. Don't you ever get tired of being wrong?
+ 2