Why would a guy block me for sending him pics he asked for just because they were random pics from the Internet and not pics of me?

I don't see how anybody could be so ungrateful. He wanted pics of women in jeans, so I sent him these: 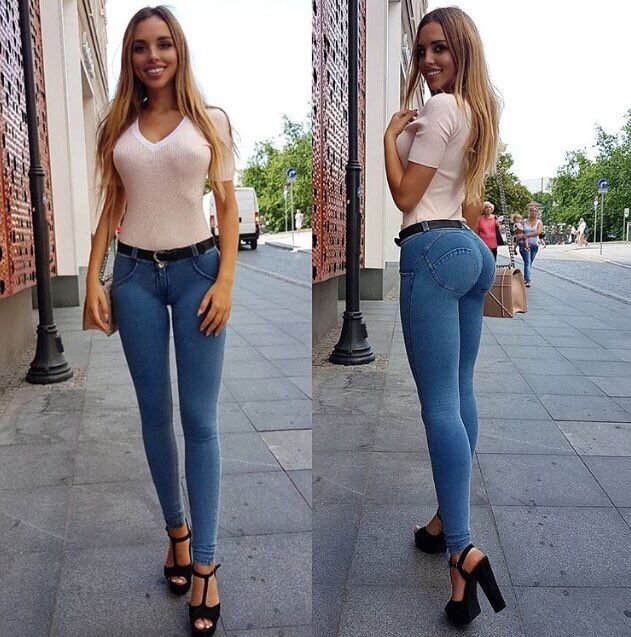 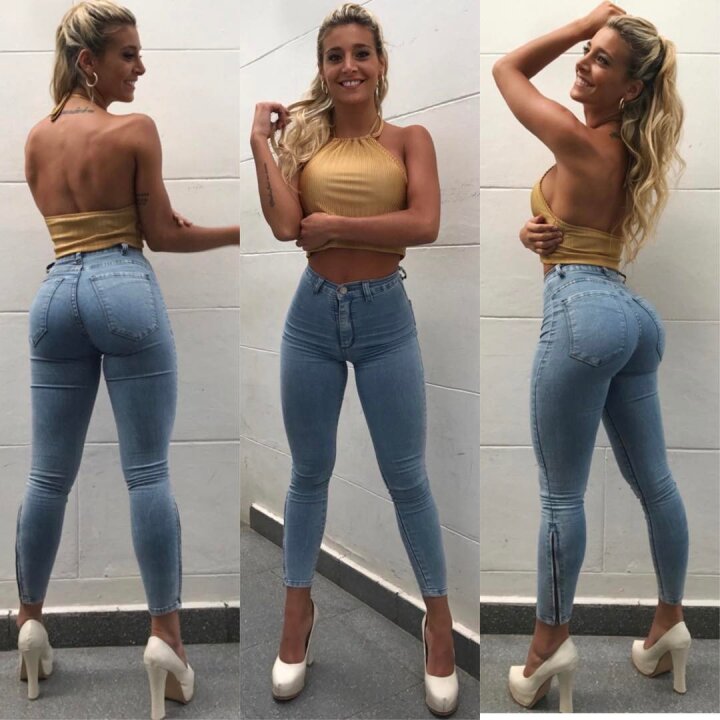 Just because he's found out they weren't pics of me (which I never even claimed they were) he's now blocked me. Have you ever encountered such an ungrateful troll on here?

Swoop62 · M
He should just be grateful for your time and choice in my estimation.You did more than your part so adios for him.
+ 1

questionWeaver
Compliments on the selection of photos
+ 1

littlepuppywantanewlife · 26-30, M
I am glad that you didn't send yours. Such people are bad. He must have expectations of your pictures.
+ 1

HairbrushDiva · 31-35, F
[@1158409,littlepuppywantanewlife] I think asking other users to post pics of themselves should be treated as a form of spam, don't you? If I was a moderator here that's exactly how I'd treat it.
+ 2

littlepuppywantanewlife · 26-30, M
[@1114676,HairbrushDiva] ofcourse one should not share pictures until and unless they know each other and can trust each other.
+ 1

littlepuppywantanewlife · 26-30, M
How can a woman fit in those super tight jeans?
+ 2

WandererTony · 51-55, M
The pics are fine if he really wanted to see a girl in jeans. I think he wanted to see you with the jeans - for starters :)
So you outsmarted him and that stung. Good riddance I would say.
+ 1

HairbrushDiva · 31-35, F
[@1199643,WandererTony] I wasn't really comparing that guy with my husband. I was judging him by the way he was when we FIRST interacted. He seemed OK then. I wasn't expecting him to be a Jekyll-and-Hyde monster, was I? Why didn't he warn me he was like that when I first messaged him? Where I come from people like that are simply not accepted.
+ 1

WandererTony · 51-55, M
[@1114676,HairbrushDiva] I appreciate your feelings. He is not what you expected him to be. And your expectation is based on “where you come from” and your first impressions.
This is the bigger world we access through the internet. It’s no longer where you come from. There are pleasant surprises as well as rude shocks. Cultural differences perhaps. Behavioural differences. It’s a learning experience.
In some places, extra marital flirting is cheating. And those who are cheating do it like no holds barred. They don’t follow any expectations.
Let’s see the bright side. You are wiser. You have made more friends by loosing one 👍😊
+ 0 · Reply · May 3, 2021

I have no desire to cheat on my husband or flirt with others. What's the point?

If I can loose a friend, is it possible to tight a friend?
+ 1

Muthafukajones · 41-45, M
[@1114676,HairbrushDiva] there’s a feeling you get when you text someone of the opposite sex. A certain type of reaction and certain way of texting unique to the opposite sex. It may take a few conversations but it’s obvious who the sex of the person you are texting is given time.
+ 1

HairbrushDiva · 31-35, F
[@400392,Oster1] For something so rampant, it seems pretty rare to me. Mind you, I have noticed an unusually large number of deleted profiles in certain adult-oriented groups (including some of each gender) but I didn't get the chance to interact with them. Maybe they were "catfish", but we have no way of knowing now, do we?
+ 2

HairbrushDiva · 31-35, F
[@1141547,Lilymoon] I wonder if he asks all the married women of SW that? There are a couple of others on here who I know are married so I'll ask them if they've had similar trouble from that guy.
+ 1

DrWatson · 61-69, M
I have come to the conclusion that it is a mistake to assume that everyone here is mentally or emotionally stable.
+ 3

TheSunisout · 56-60, M
Well I never ask for pictures, but if you had sent them to me, I would have said thank you, but thought it very strange😊
+ 1

These are actually pretty great pics of girls in jeans too lol!
+ 1