Californians are not completely stupid. They keep giving up Democrats for president but when they get sick of their taxes being raised, they elect a

Northwest · M
Giving up? You can thank Californians for the device you've used to type your comment.
+ 3

PicturesOfABetterTomorrow · 36-40, M
[@580625,QuixoticSoul] Good to know. Got to wonder why they bother though since just about everyone else outsourced years ago. I guess that explains the Apple tax. lol
+ 0 · Reply · Sep 16, 2021

QuixoticSoul · 36-40, M
[@346344,PicturesOfABetterTomorrow] Just about everyone else outsourced [i]manufacturing[/i] years ago. R&D and design tend to stay close to home, simply because its difficult to put together a top team far away from a major tech hub.
+ 0 · Reply · Sep 16, 2021

PicturesOfABetterTomorrow · 36-40, M
[@580625,QuixoticSoul] Maybe for now but that is quickly changing too. Especially since with alot of tech companies their largest markets are no longer in the English speaking world.
+ 0 · Reply · Sep 16, 2021

Btw, raising taxes in CA is extraordinarily hard, and hasn't happened in any substantive way in decades.

On the topic of this particular recall: 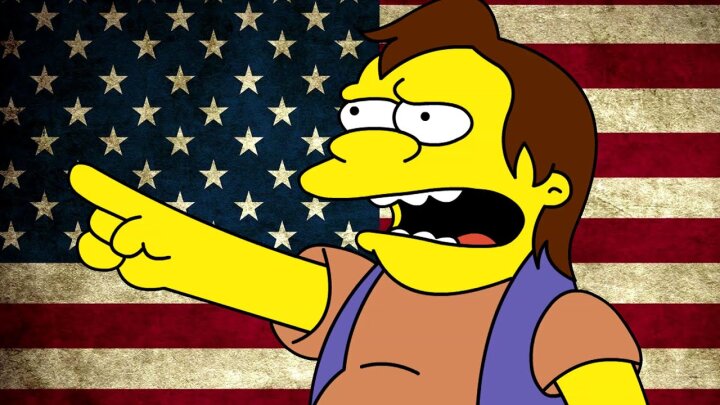 QuixoticSoul · 36-40, M
[@619287,Jwalker] Yeah - Davis was... underwhelming and there was a perception that he was even more in bed with big business than governors usually are. Plus the deregulation debacle reflected poorly on him, even though he wasn't the one that pushed it through.
+ 1

Northwest · M
[@580625,QuixoticSoul] When Davis got to office, in Jan 1999, California was flying high on the dot com bubble good times. A year later, the bubble burst and Davis was the public face. He never recovered.

Arnold did not magically come up with the missing tax revenue, but people were willing to deal with him, because he did not preside over the collapse.
+ 2

SteelHands · 61-69, M
Smart's got nothin to do with it. That state is so big and has so much port and other assets trapped on that coast a drunken idiot could probably run that place and have trouble sinking it.

Shit strewn sidewalks now for all the wierdos to tiptoe through and still, they're not even a little bit embarrassed.

curiosi · 56-60, F
I don't think it's all Californians that are libs, it's just that LA, San Fran, San Diego are hugely populated and control the outcome.
+ 4

BeatMySelf2Pain4Perfection · 31-35, M
[@423488,curiosi] I think San Diego already turn their ways and voted to recall but yea especially San Francisco and LA are the main issues
+ 2

Northwest · M
About 40% of the votes are counted.

MarkPaul · 22-25, M
[@619287,Jwalker] It sounds like you want "the base" to renounce Sharia Law, Baby-trump, and insurrectionist terrorism over night. That's not going to happen. It's not even worth the effort to wish for that. Moderation is the key to defeat them, but over time.
+ 1

SageTheProblemChild · M
I don’t think that’s the main reason for the recall. It was prompted mainly by Newsom’s pandemic response and his illicit dinner party. I don’t think Elder is going to become governor either.
+ 3

Northwest · M
[@1163114,SageTheProblemChild] It was a paid effort. Companies were paid to go around and collect a number of signatures. The same thing was done in 2003.

Some people were upset with the initial pandemic response, but as the nation learned how to deal with it, it got better. California is now 1 of 3 states that are no longer on the CDC list of infectious states. All 47 other states remain there.
+ 2

ElwoodBlues · M
2003 called, and they want their Terminator back.

Newsom is winning because he managed to turn this recall into a referendum on Trump. That was a pretty neat trick, helped out by Trump's commentary on the recall.
+ 3

MarkPaul · 22-25, M
And, then when they hate not having any public services they reelect a Democrat Governor. Bring back Jerry Brown.
+ 3

MotherHubbard · 56-60, F
No, but contesting the results before they're in is brilliant! People love that insurrection stuff! Larry Elder must be winning-. Among legal voters!, Right?
+ 2

Jwalker
[@1201621,MotherHubbard] This will just get worse coming into the 2022 election. The Republican incumbents that lose will just refuse to leave. AT this point destroying the election process is one of their best strategies to win. Along with fraud, gerrymandering, suppression and all their other dirty tricks.
+ 2

causernamebemyusername · M
Republicans still raise taxes on people. The only people that get taxes lowered are the rich people that can actually pay those taxes in the first place.
+ 1

BeatMySelf2Pain4Perfection · 31-35, M
We better hope more are waking up. We're going against election fraud depending how many wants it over Ghost Voting and mail in Ballots. We still do have a huge population even many left California. We just lost 7% of them
+ 1

DeluxedEdition · 22-25, F
since when have they had a republican governor?
+ 1

sunsporter1649 · 70-79, M
[@1183735,TheArbitrator] Wonderful news! california just voted for more firestorms, no water, blackouts, and increased illegal immigration. Makes one proud to be from california....as far from california as one can get
+ 1

SteelHands · 61-69, M
[@494950,sunsporter1649] everyone ought to have figured out that recall petition success means nothing to the government that uses fake ballots, rigged machines and undocumented votes to deny the will of the voters.

The people. Yeah right. These cheats don't give a dang about playing by the rule of law.

You saw it all last summer. Riots everywhere and them cheering it on. They're not what anyone is choosing.

Voter ID and ban mail in ballots for all but bona fide cripples.

That's right. I said cripples. Not "learning disabled or people with arthritis in their finger.