BizSuitSt@cy has left the building? Why??

A few months ago, BizSuitSt@cy claimed

[quote]If people haven't noticed, the difference between conspiracy theories and the truth is about 3-6 months."[/quote]
https://similarworlds.com/disease-illness/covid-19/4192870-Vaccine-injury-and-deaths-caused-by-the-vaccines

Ol' BizSuit swore up and down that in six months, terrible things would be happening to vaccinated people. Didn't specify what, of course. Anyway, Ol' BizSuit will never have to face the failure of his claim if he's really deleted his account like it appears. Is his inability to back up his claim the reason he left??

But yeah, that person is pretty ignorant. Don't get me started on how they are a literal walking contradiction... A cross dressing Christian conservative??? Beyond confused lmao
+ 4

SomeMichGuy · M
@deadgerbil Yes. I pointed out to him that the party he supports doesn't actually like (or want) his ilk.

If I thought a given group was opposed to who I was...I would be very unlikely to be a supporter.
+ 2

canusernamebemyusername · M
Most likely his paranoia got worse and now he is hiding in the basement without electricity or internet access because the router was listening to his thoughts and giving him ED.
+ 3

BackyardShaman · 61-69, M
I think I blocked it I had political differences with it, whatever it was.
+ 2

ElwoodBlues · M
@MarkS Some people here post facts and links and references to back up their claims. That's not talking shit. Also, while some lies are trivial, some lies about public health are dangerous.
+ 2

Guess the truth ate his conspiracy theory and he was dragged [no oun intended] along with it...
+ 1

Carissimi · 61-69, F
Everything he said is a fact. It’s been reported in numerous places for months. Remember when the lab leak was a conspiracy theory? He never swore anything of the kind. You are twisting his words, which are below.

[quote]If people haven't noticed, the difference between conspiracy theories and the truth is about 3-6 months. The VAERS database has exceeded 1 million entries, and it's estimated to being significantly under reported. Now life insurance companies are reporting a 40% increase in deaths among people 18-64 today as compared to pre-pandemic levels. The insurance companies are claiming that the increase in deaths are not from covid. Let's see what the narrative looks like 6 months from now.[/quote]
+ 0 · Reply · May 13, 2022
Translate

ElwoodBlues · M
@Carissimi [quote] It’s been reported in numerous places for months.[/quote]
What, precisely, has been reported? Can you supply a link??
+ 2

ElwoodBlues · M
@Carissimi Still no links, still no evidence.
What insurance company is allegedly reporting this?
Where is the data??
Sure looks like FAKE NEWS to me!
+ 1

ElwoodBlues · M
@iamonfire696 Thank you. It seems the behavior of blocking has changed. It used to say something like "you cannot see this profile" but now it shows nothing.
+ 0 · Reply · May 13, 2022
Translate

iamonfire696 · 36-40, F
@ElwoodBlues they probably changed it when they took away the ability to see tags of blocked users
+ 1

CorvusBlackthorne · 46-50, M
@ElwoodBlues You are in good company. @ShadowfireTheSarcastic and I have both been blocked by him.
+ 1 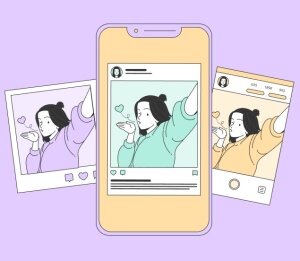