I'm proud of the England team. [I Love Real Football]

It hurts but then sh++ happens in life and there are a lot more important things than football.

You can blame the players who missed penalties though you shouldn't. You can blame Southgate for making some wrong calls but that is not the point because the big picture says we did pretty well.

What would you rather have?

Maybe you want an England team that loses 4-1 to an unheralded Germany team? Maybe a team that finishes below Uruguay and Costa Rica in a WC group? In the last Euros, we got knocked out in the quarter finals by Iceland.

The players and the management of this team made tremendous progress. We did better than Germany, France, Belgium and other great powers.

We've got the final and lost by the narrowest possible margin against a strong Italy team at the peak of its powers. The result could very easily have gone the other way too. To be serious contenders means to risk getting hurt. Its better to have loved and lost than to have never loved at all.

The performance of the England team was strong and its a young team. Well done for raising the level and for competing so well.

WintaTheAngle · 41-45, M Best Comment
They got further than we ever thought they could. And even the Italians didn’t find it easy. We will be back. 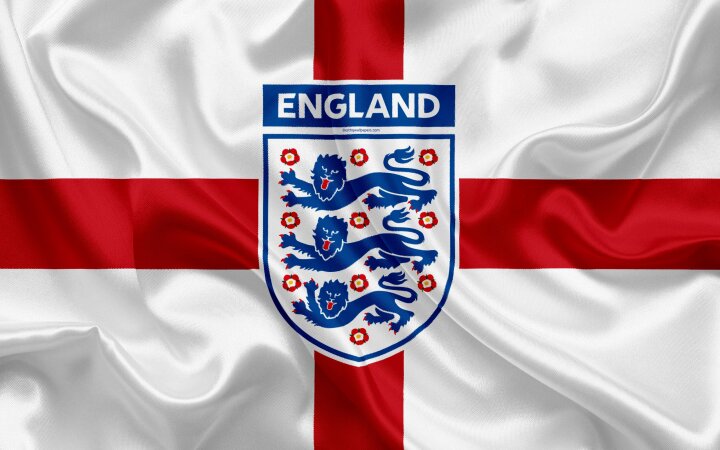 
Its the attitudes we are now seeing that totally ruins the game of football its self for me .

Collectively as a team our boys worked wonders throughout this tournament and achieved the finals , that takes , guts ,determination, skill.

Instead of holding heads high , and conceding with dignity some of the so called fans have reacted in such a disgusting way, they tarnish the effort those boys gave ..& they gave it all.

Penalties is and always will be a lottery. End of lesson.

If there was any cause for concern I would point at The Coach & Manager Gareth.

Ultimately he could have been more strategic & optimised the choice of players throughout the game.

Perhaps if he had done this ..the end game might not of went to Penalties.

Maybe now he will take a leaf out of Italys stlyle of management..who used his players tactically throughout.

Nyloncapes · 56-60, M
@Burnley123 agree with everything you say, but I can not understand why Kane suppose to be best striker in the world, and Southgate playing him where he is , don’t think he had a touch in the penalty box last night , always on half way line, he needs to be in the box and get the service, so he can do what he is good at scoring goals, he is just being wasted
+ 1

HouseOfCards · 46-50, F
Agree. I felt terrible for the last English player who kicked and didn’t score and was crying at the end. I was rooting for Italy (I don’t actually care about the game but i’m half Italian so…) and I was found myself trying to console him from my TV. LOL. How heartbreaking was that moment…


I do wish that half the English team didn’t remove their medals soon as they were put on them. It’s still a great accomplishment, and I know it’s disappointing but but it’s still great.
+ 1

Sadly marred by the behaviour of racist oiks who should be prosecuted to the fullest extent of the law.
+ 2

NiftyWhite · 46-50, F
@room101 oh ffs. they all worked their asses off from start to finish. people should just stfu about it! It was crushing to see the team in tears after. They all wanted to be winners. People need to stop already.
+ 2

room101 · 51-55, M
@NiftyWhite Such a horrible end to what has been an amazing tournament. Not the fact that England lost, the behaviour of some of the trash who call themselves England fans.
+ 2

FukFaceWillie · 46-50, M
I watched the penalty kicks at the end, and this seems too arbitrary to determine the winner of the entire tournament. Not sure what the solution is. Perhaps it would be cruel to let them play until someone scored.
+ 1

FukFaceWillie · 46-50, M
@Burnley123 Right, but then wouldn't the nature of the play change based on getting those stats? I don't really know the nature of the game to analyze that. I'm analogizing this to American football, but it doesn't have the same issue with tied scores.
+ 2

Burnley123 · 41-45, M
@FukFaceWillie Its because its a low scoring game. Rugby almost never goes into extra time. There is no ideal way.

It might change the nature of the game a bit though only to create more incentive to attack, which is no bad thing. Goals scored would remain primary.
+ 2

Burnley123 · 41-45, M
@Elessar Its as I thought. Yes Spain were the better team in general play against you so they would win on this method.

Its not ideal but I think it's more fair than penalties because it at least reflects a teams performance in the match.

I'm English though and we've lost on penalties every time we've been close to winning. 🤣
+ 1

smiler2012 · 56-60, M
{@burnley123] yes never saw the games but well done for getting so the final .the england team must feel like the baddies in a cartoon always foiled at the last moment. never mind let us hope next years world cup chasnges our fortunes
+ 1

NiftyWhite · 46-50, F
i think they played very well. Not a sports fan myself, found the game boring but both teams are very skilled.