Why won't the drill bit remove the screw?

I know this may be hard to troubleshoot online but

The bit retracts into the drill and bounces off the screw...

What am I doing wrong?

SW-User
The screw is hardened steel..
You need to buy a screw extractor bit..
It threads itself into the screw and unscrews the shaft. 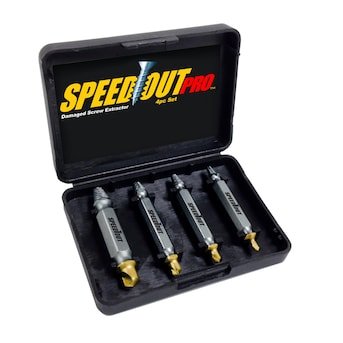 SW-User
@iamnikki if you are taking out screws like the one pictured above try using a simple screwdriver, a drill with a screwdriver attachment will be very difficult to control with small screws on a cabinet hinge.. 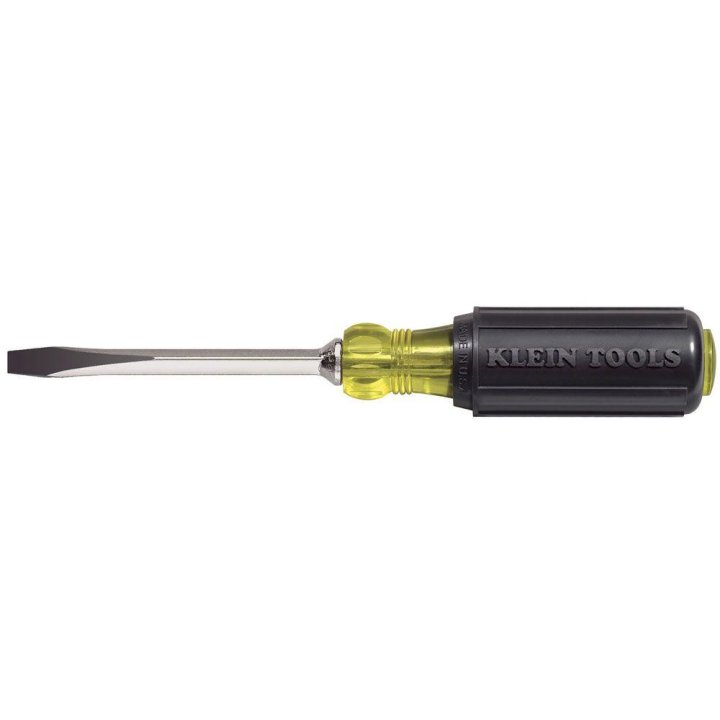 Use these instead just make sure you use a size that fits well in the screw slot.
Press hard and turn counter clockwise..slowly..
The drill is much too fast, you're going to wreck the slot.

iamnikki · 26-30, F
@SW-User the hand screwdriver won't work for me. It's over 100 screws and I have neck and shoulder problems/pain.
I developed a super stiff neck, and a knot in my shoulder area just trying to get this one screw out.
In so much pain that I'm in bed at 9pm. Thanks for the help
+ 1

SW-User
@iamnikki
I understand..
And you're very welcome, sorry it didn't work out.
+ 1

Jasondf · M
Alright I run into this all the time. I assume it’s philips? With Philips there are three different sizes #1#2#3. A no one can fit into a no two and it will just bounce. Get different size bits and make sure you have the correct size.
+ 1 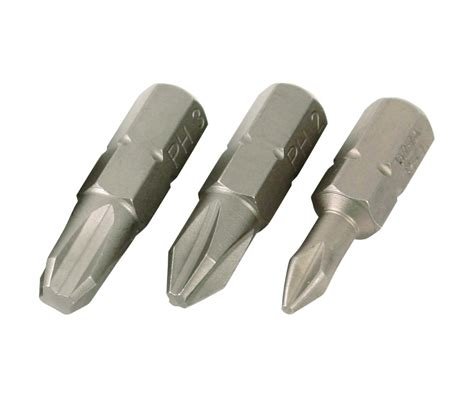 @iamnikki are these the bits you are using?
+ 1

Jasondf · M
Alright that’s even worse. It’s very difficult to extract a flathead with a drill. It can be done though. Same thing see if you can get another larger bit@iamnikki
+ 0 · Reply · Apr 1, 2020
Translate

Johnblackthorn · 56-60, M
Starting with the obvious is the drill trying to turn thr screw anticlockwise?

The bit should not ne able to retract,
Tighten the chuck to stop that happening.

Is it the correct bit, Phillips and pozidrive are not the same and there's 3 sizes.
a Phillips bit is marked PH 1,2 or 3
A Phillips screw has a plain x

iamnikki · 26-30, F
@JimminyChristmas excuse me for not knowing the proper terms and for trying to do things myself. All I know is something is not working properly.
If you have no advice then find another post
+ 0 · Reply · Apr 1, 2020
Translate

JimminyChristmas · 51-55, M
@iamnikki I am trying to be helpful! The chuck is the part that you tighten, and the three little prongs close down on the bit. I was asking a question in order to avoid giving the wrong advice.
+ 0 · Reply · Apr 1, 2020
Translate

ThePerfectUsername · 70-79, M
I think what's most likely happened is that the hardened screwdriver bit has worn the sharp edges of the screw head through multiple failed attempts to unscrew it.

It's a common enough scenario that's happened to me dozens of times in the past and unfortunately the more failed attempts you have the more worn the screw head becomes and the more likely it is that the driver will loose it's grip.

It may take a man's strength and weight to do it. Or maybe try a different screw driver - larger rather than smaller. Sometimes holding a good screw driver firmly in position and giving it and almighty blow with a hammer (or three) is enough to shock the screw into releasing.

Good luck. At least if you're in lockdown you'll have plenty of time to experiment. :-)
@iamnikki
+ 1

iamnikki · 26-30, F
@SteelHands according to the instructions and the box the bits came in, it matches
+ 0 · Reply · Apr 1, 2020
Translate
This message was deleted by its author.
23,661 people following
Seeking Advice Personal Stories, Advice, and Support 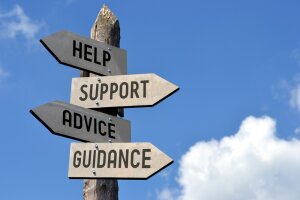