Does religion destroy or improve society?

Because many sociologists said religion is nothing , it only causes trouble or have nothing to do with society but in the other hand Durkheim said it bind our society.

What do you thing ? What religious is?

Indianboy · 31-35, M
You see the current situation in the world, it is slowly destroying everything. People are fighting in the name of religion and that is more prominent in Asia.
+ 2

Temporallube · M
There are things in it that work and I think that’s obvious.

By conditioning the imagination, and filling it with characters of “heaven and prosperity”, and “disobedience and hell”, it brings a type of order, pacification, forced cooperation or otherwise, and a means for the group at the top to get as much subsistence as possible.

With that being said, the cost to the collective of our species has seen more violence, inequity, and unfair treatment under the thumb of religious ideas (I speak of the Abrahamic faiths in particular).

Indianboy · 31-35, M
@Wateribbon I told the basic definition of religion with respect to god that I have been told my dear. Many places may have many other definitions.. Your view of religion may be different too : ) by de way I am an atheist and you know it..
+ 2

Convivial · 26-30, F
It does both, and it depends on the person.... Some will calmly accept it and be comforted by it... Others will ram it down everyone's throat and try to make them conform.... They are the dangerous ones...
+ 1

DocSavage · M
Two examples I read about today.
Muslin professor may face death because he protested the ban on female university students by the religious government
.Catholic schools want to ban children from same sex marriages from attending.
Religion is using itself as an excuse for personal bigotry. That can’t be good.
+ 1

Patientlywaiting · 41-45, F
@DocSavage I think spiritual people should never stop having a seeking mind because any religion that tries to stop that is likely either not the truth or it's manipulating God's word to serve the desires of humans in power.
+ 0 · Reply · 7 hrs ago7 h
Translate

DunningKruger · 56-60, M
@Wateribbon Religion, at best, encourages people to believe in demonstrably false, or at least unproveable, propositions, and to live their lives based on these false propositions. It requires its adherents to effectively give control of their lives over to whomever runs the religion. And "live and let live" is very rarely a major thesis in a religion. Even Christianity, which claims to adhere to the "Golden Rule," more often than not gives it only the barest lip service.

More people have been killed or otherwise made to suffer in the name of some religion or other than any other institution in human history. People regularly reject logic, reason and even demonstrable evidence because of their religious convictions.

Religion is regularly used to force societies and individuals to live in ways that are clearly detrimental to both.

Honestly, the "good things" some people ascribe to religion such as charity and community building don't require religion at all. Religion is a parasite that has attached itself to socially beneficial concepts and taken credit where it isn't required at all. We can all live moral and ethical lives without resorting to the superstitions and damage religion causes.
+ 0 · Reply · 4 days ago4 d
Translate

NotSureAboutMyUserName · 31-35
Religion can do good but there are some people who are born to ruin everything.

Also if religious people can leave judging others to God , religion will improve society.
+ 1

ABCDEF7 · M
Every religion thinks differently, And there are different school of thoughts outside the conventional thinking of the different religions. So there are many possible answers to your question.
+ 1

hippyjoe1955 · 61-69, M
Humans are innately religious. Religion is simply what you believe and put your trust in. Modern society is no less religious than our distant ancestors who threw virgins into a volcano to appease the gods and bring rain. We may have changed our gods but we still have the same belief in the gods of our creation. The question we have to ask ourselves and it is a difficult question given our present gods tell us that things will always improve no matter how much damage we do to our society is simply this: Is our present society better or worse now that we have rid ourselves of the Christian God/ethos?
+ 0 · Reply · Jan 25, 2023
Translate

RebelliousSpirit · F
That depends on the religion. I think Buddhism adds value to a society.

Durkheim probably conducted his research at a time when the majority of the society he researched was of the same faith. In this instance it definitely is a binding factor. But if there are many different faiths and denominations that all claim absolute truth chaos breaks loose. Christianity destroys more than it builds up.
+ 0 · Reply · Jan 25, 2023
Translate

Wateribbon · 26-30, F
@RebelliousSpirit how can u say that Christianity destroy? and on Durkheim's time that was the period of 2 major Revolution which is French Revolution and Industrial Revolution. He was like synthesis kind a sociologist. He listen everyone and take out his own opinion. In maximum cases he was accurate.

hartfire
Try reading Yuval Noah Harari's [i]Sapiens: A brief history of humankind.[/i]
It shows, quite convincingly I think, that religions have made it possible for tribes to bind together into nations. WHen everyone has roughly the same expectations of how to behave, trade and cooperation with stranger becomes much easier.

It's very complex. Any religion can become divisive and destructive if used in the wrong ways.
+ 0 · Reply · 4 days ago4 d
Translate

PicturesOfABetterTomorrow · 41-45, M
There is no right answer because there are probably hundreds if not thousands of religions and for most people you have no clue what they believe.

I think it can become a problem with religions like Christianity where there is a perceived duty to impose their beliefs on everyone.

Than you have people of faith who don't belong to a formal religion. There is no simple answer.
+ 0 · Reply · 3 days ago3 d
Translate

HollyW
In its current state religion is a blessing and a curse. This is because it requires people to sacrifice reasonableness for a demented sense of desirability. Having future hopes is good, but it shouldn't be at the expense of sanity and freedom.
+ 0 · Reply · 4 days ago4 d
Translate 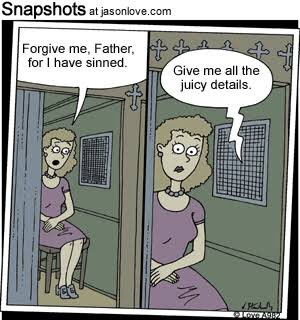 SlaveEt · 31-35, F
Overall religion has been a detriment to society. It has divided us more than united, kept us ignorant and poor. The few benefits it does provide would be better gained from secular pursuits.
+ 0 · Reply · 4 days ago4 d
Translate

Stereoguy · 56-60, M
I believe in God and Jesus. I personally like the morals and values in the Bible. Society is ruining the world right now. They say that everything good is bad and everything bad is good and should be praised.
+ 2

Wateribbon · 26-30, F
@Stereoguy I agree.. this is wat we call the social change.. hence society is stepping towards crime.
+ 1