“Where are you PAPERS?!”

Republican Florida Gov. Ron DeSantis is asking state universities for the number and ages of their students who sought gender dysphoria treatment, including sex reassignment surgery and hormone prescriptions, according to a survey released Wednesday.
Why he’s conducting the survey wasn’t completely clear. DeSantis has been criticized for policies seen as discriminatory, including banning instruction on sexual and gender identity in early grades and making it easier for parents to remove books related to the topic in public schools.

“We can see cuts in funding for universities to treat students with this condition, and I think an all-out elimination of services is certainly on the table,” said House Democratic Leader Fentrice Driskell.

And before that happens, DeSantis will almost absolutely violate the HIPAA protected information clause.

Heaven, until you look at education, poverty, quality of life, diversity, progression, health and general wellbeing.

scrood · 26-30
Completely legal, wanna bet the universities will STONEWALL him at every day until they LOSE in court and have to turn over the records?

What's the problem with accountability to the TAXPAYERS OF Florida? Why the need for secrecy if they aren't doing something they shouldn't be doing, such as forcibly mutilating children, sterilizing young women and men, and brainwashing gullible children with the gay LGBQT++ agenda?

"Will almost absolutely violate" the law - sorry, we have rule of law in this country (or we used to!!!), innocent until proven guilty, or until an actualy crime is committed - thought crime doesn't count yet.
+ 1

Graylight · 46-50, F
@scrood The willfully ignorant and gleefully ugly persuasion. You above all should know that.
+ 0 · Reply · 2 days ago2 d
Translate 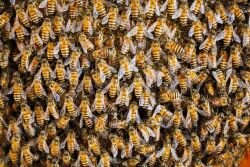 PicturesOfABetterTomorrow · 41-45, M
@ron122 Again, that is projection. All you ever talk about is your feelings and hunches. Nothing you blather on about is based in fact.

You operate on a belief system. That is all.

PicturesOfABetterTomorrow · 41-45, M
Florida is turning into a very scary place.

On top of all of this tourism is or was a huge deal in Florida. Does DeSantis think only white, straight, and cis people travel?
+ 0 · Reply · Jan 20, 2023
Translate
View 7 more replies »

PicturesOfABetterTomorrow · 41-45, M
@samueltyler2 You know you fucked up when people are willing to cancel their holiday and deal with 3 months of -30 to -50 weather. lol
+ 1

samueltyler2 · 80-89, M
@PicturesOfABetterTomorrow until it hits him where it hurts, he won't change.
+ 1

samueltyler2 · 80-89, M
Has he ever heard about HIPPAA? He probably would say that he doesn't give a damn. Interesting how he restricts some rights and pushes others! What an evil man!
+ 0 · Reply · Jan 20, 2023
Translate
View 3 more replies »

samueltyler2 · 80-89, M
@Graylight gerrymanderring within a state will not affect the vote for governor.
+ 1

Graylight · 46-50, F
@samueltyler2 No, yeah, you're essentially right. Many people (and by that I mean professionals who deal in this stuff) suggest that DeSantis is special in two ways. One, he's a Florida boy, so he understands what it means when we say this is the last frontier, the outlaw state. This is the place you come to start over, get lost, try your luck, hit your last option. Folks like that tend to be under-educated (which FL is) and that often leads to misunderstanding and fear, which inevitably lead to blame, resentment and anger. They don't like being told what to do. They like being led, they like someone else saying they'll foot the bill, but they don't want the weight of the big 'ol country coming down on them.

Comes along DeSantis, who calls Florida the Freedom State and tells the citizens they don't have to do [i]anything[/i] they don't want to do, just so long as it's the [i]same [/i]stuff he doesn't want to do. But DeSantis is smart where others aren't; he follows up the rhetoric with clean and tidy legislation. A lot of it. Every week. Makes things seem all legal and professional, even though they aren't.

Add that to the fact we live in the "Blue State Fallacy," which suggests that some key states are turning blue simply because their main metropolitan area is Democratic. That's still a red state, and Orlando is an island in a sea of red. Additionally, he's got many Miami Latinos, whose legacy is one of oppression and overbearance; they're staunchly Republican because that side woos them with dreams of power and independence. Some states are simply stupid enough to hire the very people that'll bleed them dry as their backs are being walked on.
+ 0 · Reply · Jan 20, 2023
Translate