Remember this in a month

Former President Donald Trump said he will not get back on Twitter, even if his account is reinstated by Elon Musk, who is set to acquire the company for $44 billion.

"I hope Elon buys Twitter because he'll make improvements to it and he is a good man, but I am going to be staying on Truth," the former president told Fox News.

That's the part I don't understand. Counter balance to what? Some people have been banned, but on the whole, you can as much right wing and Q stuff on Twitter as you can possibly consume.

Is left wing speech allowed on the Truth?
+ 1

ShadowfireTheSarcastic · 46-50, M
@Stereoguy Truth Social is Donald Trump's attempt to follow through on his promise to make his own social media site with blackjack and hookers. Thus far, it's only available for iPhone, the waiting list is hella long, and people get banned from it for criticizing Donald Trump.

@Northwest I guess I answered your question without thinking about it. Lol.
+ 1

BreadAndCircuses · M
If Twitter truly is the de facto town square now, as Musk claims, and despite Facebook having many more users, then it certainly does not belong in the hands of someone as petulant as Musk

I'm honestly stunned that Jack Dorsey tweeted, out of one side of his mouth, that Twitter shouldn't be owned by one person, and then out of the other side of his mouth, that Musk is the person to make Twitter better ... I can only imagine that is because Dorsey stands to benefit from the sale, considering how the value of his own shares in Twitter will be affected.
+ 2

BackyardShaman · 61-69, M
He will certainly go back on Twitter, and regardless of what Trump does I will stay away from Twitter. With or without the right wing nuts I dislike Twitter and am not interested in Elon Musk at all.
+ 2

bijouxbroussard · F
@BackyardShaman Same. I’ve never been on Twitter, and Musk purchasing it just strengthened my resolve to stay away.
+ 4

luckranger71 · 51-55, M
He lies about everything so he will be back on Twitter. “Truth” (ironically named) will fail like every other thing he touches. 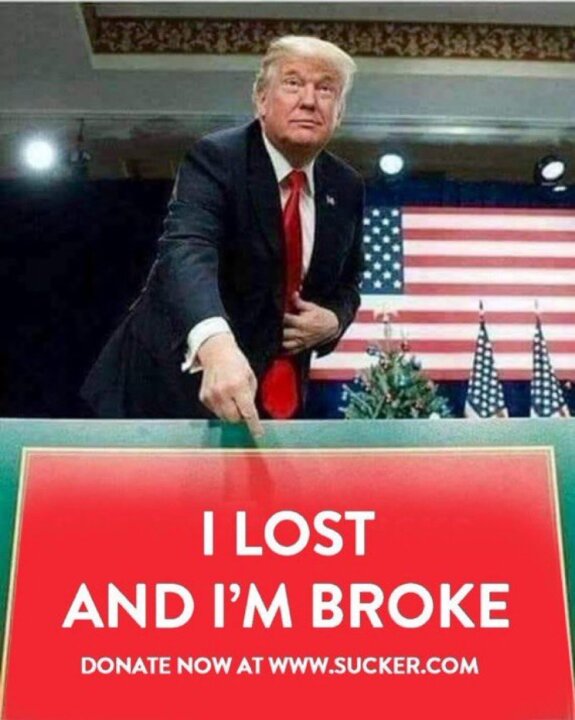 Harmonium1923 · 51-55, M
I used to be active on Twitter. I’ve used it less and less as it has been taken over by ads. (One in every five posts is now an ad, which makes the browsing experience no fun at all). With Elon Musk taking over and the likely return of our former President, I will probably say good bye to my account.
+ 1

Thecarpenter
If his account got restored, which Musk said he would recently in an interview, he should be back. I read some of the comments Jack made on twitter recently, against others comment, where he stated he particularly didn't like some decisions twitter took regarding deleting some important accounts.
His account shouldn't have been deleted.
+ 0 · Reply · 3 days ago3 d
Translate

Graylight · 46-50, F
@Thecarpenter I'll be honest, I can't even remember specifically why Trump was kicked off Twitter. But if it violated the rules he signed up for, then he had it coming. He he supported hate speech or treason, he earned it. Otherwise, the platform was created for everyone [i]within the parameters of free speech and site rules[/i].

He'll come back to Twitter because it turns out Twitter is bigger than he is; Truth Social is a nightmare. They don't follow Trump - they simply tune in and he's there or he's not.
+ 1

Graylight · 46-50, F
@OggggO I recalled it being earlier. It was based on an analysis which, wouldn't you know, is available to anyone interested:
https://blog.twitter.com/en_us/topics/company/2020/suspension
+ 0 · Reply · 3 days ago3 d
Translate

DavidT8899 · 18-21, M
Well,as unfair as his banishment from Twitter was,there are certain realities in this situation,the main one being the fact that Trump now has his own internet company.Its not exactly going to be a glowing endorsement if the CEO of one communication service doesnt use it himself!
+ 0 · Reply · 3 days ago3 d
Translate

ShadowfireTheSarcastic · 46-50, M
Right, because he's never flip-flopped on anything during his time as president.
+ 0 · Reply · 3 days ago3 d
Translate

Graylight · 46-50, F
@ShadowfireTheSarcastic Oh, this is far from revelatory; in fact, it's quite the opposite. But as of this post, he's planning to run for the highest office in the land and his character should not be forgotten or shelved.
+ 0 · Reply · 3 days ago3 d
Translate

canusernamebemyusername · M
He isn't even on Truth™. He has made what two posts?
+ 0 · Reply · 3 days ago3 d
Translate