Seriously, ... What's Wrong With Democrats? Who Thinks This Way?

A Sunday Christmas parade turned tragic in Waukesha, Wisconsin, when an SUV plowed into a crowd of people. According to one Illinois Democrat, the tragedy was due to a court decision she did not agree with.

Mary Lemanski, who serves as the social media director for the Democratic Party in DeuPage County, Illinois, mocked the tragedy and connected it to the not-guilty verdict in the Kyle Rittenhouse trial on Friday.

“It was probably just self-defense,” Lemanski said in a since deleted tweet about the tragedy. She also added the hashtag “#KyleRittenhouse” to make it clear that her disgusting comment was a commentary on Friday’s verdict.

If Lemanski is trying to use this horrible event to get some cheap laughs, it is completely reprehensible. If she is actually trying to compare the suspect to Rittenhouse, she utterly failed to the make connection.

[i]How are democrats raised to think, feel and speak this way about other human beings? [/i]

Stereoguy · 56-60, M
Sadly they are raised to believe that any means is justified in the end as long as they are in total power.
+ 10

BreezeyBree · 56-60, F
Anybody who tries to justify a person with a vehicle running down innocent people at a parade is just nasty... I don't care who they are or what they stand for.
Before I start ranting and cussing, I will cut this short.
+ 8

AbbeyRhode · F
This is exactly why I find it nearly impossible to reconcile someone being a Democrat and still being a decent person. How can anyone with a heart, a soul, or a normal brain possibly associate themselves with such vile monsters? The pain, suffering, and death of others means nothing to them. They will not only politicize the most horrific events without a thought, they encourage and applaud such violence.
+ 7

4meAndyou · F
[@27778,AbbeyRhode] It wasn't always that way. Sure, there was corruption, and there is within the Republican party, also...but it looks as though middle of the road Democrats might be trying to take back their party from the Marxists.
+ 2

AbbeyRhode · F
[@387713,4meAndyou] It's about time! It's one thing to have differences of opinion, but the Democrats have gone off the rails with their lust for power, and their agenda of divisiveness, hate and violence.
+ 6

4meAndyou · F
[@27778,AbbeyRhode] Yes. The days of JFK are over. Pelosi and Schumer are responsible for opening their doors to the socialist/Marxists.
+ 1

TexChik · F
Libs are disgusting. That guy was purposely released for this attack
+ 8

Barefooter25 · 41-45, M
It's like Scientology. Doesn't matter how many lives are ruined or destroyed, their left wing agenda must ultimately prevail. What Democrats or leftists believe is more like a cult-like mentality.
+ 7

Carla · 61-69, F
Wasnt it you using "satire" just yesterday, regarding the death of the two people killed by rittenhouse?
Yes. It was you.

Ditch citizens in a dangerous foreign country with no hope of rescue.
Purposely weaken the American economy.
Promise to bankrupt certain American industries.
Mandating behavior of people beyond the scope of his authority.
Passing off fantasies as real - 'this multi-trillion dollar bill costs nothing!'
+ 3

monte3 · 70-79, M
[@841775,Budwick] yeah but apparently our “assumptions” are right on. 😊.
I do find the lack of humor on the right interesting. There are just no great right wing comedians for example. Or even mediocre ones🤷‍♂️.

You'll never see them on the left wing late night shows. They don't even do comedy anymore.

But, there ARE right wing comedians. Look at all the material the left provides! Comedy bits practically write themselves! Watch Gutfeld!
+ 1

4meAndyou · F
Don't worry. Wisconsin has thrown her out on her a$$, and I doubt she will ever work in government again.

Driver2 · M
The democrat party is becoming a communist party. The leadership has been taken over by leftist thugs. How many pro life democrats are in dc ? Notice how they all vote the same? It’s intimidation. Many democrats have left the party.
+ 5

carpediem · 61-69, M
She was incredibly stupid. Hard to judge the entire party based on one idiot's statement. That being said....the democrats listened to lie after lie from msnbc and cnn. They don't know what really happened in Kenosha. No clue. Might as well been watching a Three Stooges short.
+ 5

Dragonsballsack
It's awful. They place ideology above people and by sacrificing reason they slowly become utterly unhinged

They don't even realise what horrible inhuman people they've become
+ 5

PatKirby · M
[@1192078,Dragonsballsack]
They rationalize it by using the fine art of projection. That way it absolves them of guilt while appearing to be loyal to other DemonRats. But what they're really doing is blind leading the blind.

EmperorOfIceCream · 31-35, M
They arrogantly think that they are on the right side of history, but always end up supporting and defending the actions of criminals and anti-American ideologies.

I guess that happens when you're not hugged enough as a kid, I don't know.
+ 4

acpguy · C
I blame how the majority of liberals / socialists think, act and go about their lives on liberal controlled education as the primary cause and the cake news media as the finishing touch. Academics for the most part are worthless lazy idiots that received education degrees and teach as they do not want to work for a living and do not have enough brains to be productive in corporate jobs. They then teach and produce little clones of themselves. We need to start testing educators for both intelligence and ability to logically educate children. It would also be wise to not hire any one as a teacher until they have had at least five years of work experience post college performing manual labor so they learn to have common sense and some sort of work ethic.
+ 3

ineedadrink · 51-55, M
Don't make it plural, she is a single shitbird who has vile ideas about life. She does not speak for anyone other than herself.
+ 4

PatKirby · M
May the fleas of a thousand wild dogs infest her armpits.
Confucius say...

She who thinks by the Inch, and
Talks by the Yard, should be
Kicked by the Foot!
+ 3 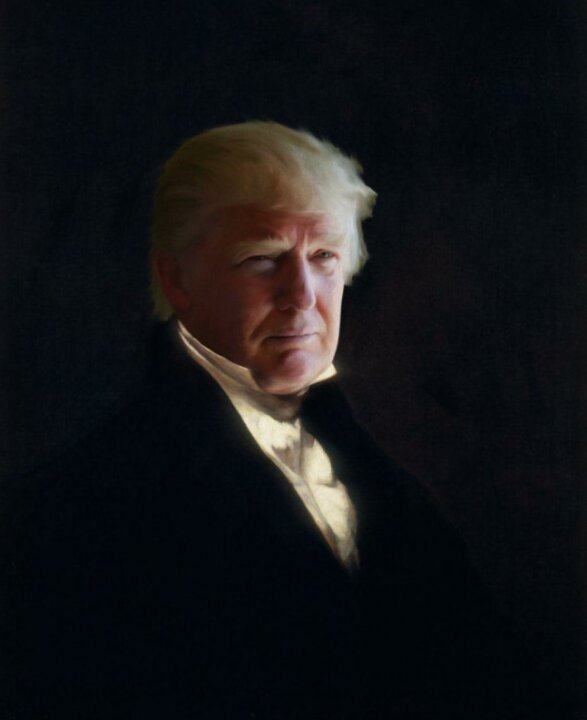 MarmeeMarch · M
[quote]Who Thinks This Way?[/quote]This Musician that is trying to make a name for herself - good or bad she has people talking. That social media job is prob a sacrificial job that is expendable.
My guess this cuńt just said that to get noticed, and it worked.
+ 2

Zonuss · 41-45, M
It's no different than Donald Trump saying Mexicans are killers, drug dealers, and rapists. 🙂
+ 2

graphite · 61-69, M
[@322117,Zonuss] You mean Trump said some dangerous criminals were among the illegal border crossers? Nah, they're all angels. https://nypost.com/2021/03/22/border-patrol-agent-shares-photos-of-criminals-crossing-into-us/
+ 1

cherokeepatti · 61-69, F
[@322117,Zonuss] I live in central Oklahoma, they have had drug traffickers and cartels here. One young woman got butchered alive and it videoed and sent over a phone to another young woman to intimidate her to cooperate in trafficking other young women and teens. They found her body parts stuffed in a duffel bag behind a housing area. They do a lot of drug busts here, two major interstate highways intersecting in OKC and there have been some huge busts, a ton of meth from Mexico for example. And a lot of violence too.
+ 1

Eternity · 22-25, M
Oh hell no. Aren't you the guy who cheered about a van plowing into a crowd of BLM protesters?

I agree that the above is a fucked up way to think but newsflash: YOU think that way!

Unless of course you are not that guy, in which case my bad. But I'm pretty sure it was you.
+ 1