Can you time travel?

Sometimes being here I feel like I can...
Repetitive much?

Lilnonames · F
You need a change

SoLeRiMix · 31-35, M
Well, that's indeed a way to time-travel scientifically but the process has more to it than just repetition.

I would love to see the following if I could time-travel:

- Indus Valley Civilization
- Ancient Egypt
- Ancient Greece
- Mayan Civilization
- Truth about Mary Magdalene
- World 1000 years from now if it is really Apocalyptic.
- Most important, the ones described as Gods in the ancient civilizations, were they Gods for real or Aliens from other Galaxies who gave us ample knowledge to become progressive.

The idea is not to challenge anyone's beliefs but to see the truth.

sspec
It's been so many years watching n reading JO parotting stuff.
Kind of never gone beyond decency.

So, all's good travelling alongside time.
+ 1

Northwest · M
I live in a state where recreational pot use is legal.
+ 1

Ferric67 · M
That would be the ultimate superpower
+ 1 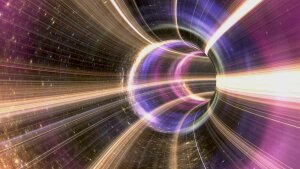