What do Global Warming, Covid and Covid Vaxes have in common?

Bad science in the service of bad policy in the service of the elimination (depopulation) of humanity and limiting humanities' freedoms. They are both premised on the idea that we live in a fragile world in which the slightest change will result in catastrophic ends. Mankind's 0.035% of atmospheric CO2 will result in the world coming to an end. (despite the fact that there are multiple negative feedback loops that such an event could not happen) or the idea that a new virus will destroy all of mankind even though humans and viruses have been doing battle since Adam ate the forbidden fruit. Hmmmm Yeah bad science remains bad science but what it really funny is the unscientific among us who think that they understand science and try to perpetuate the silly stories they read in the popular press. Like the 1995 NYT story that said in 25 years all the beaches on the east coast of America would be under water. They even went on to say that already in 1995 the beaches were disappearing at a rate of 2-3 feet per year. Strange how there are satellite images of the beaches for the last 27 years and there would appear to be no beach loss at all. Hmmmm You don't suppose junk science in the popular press is still junk science do you?

Dan193 · 26-30, M
Why would they want to depopulate the world, especially with the population growth in the west stagnating
+ 3

BohemianBoo · 18-21, M
@hippyjoe1955 [quote] Yes worship. Can you think of a better term for someone who believes every word that comes from the mouth of the government than to say they worship the government?[/quote]

If you're against Socialism, why do you keep getting publicly owned?
+ 1

MalteseFalconPunch · 36-40
That you don’t understand any of them. That’s what they have in common.
+ 3

ElwoodBlues · M
@hippyjoe1955 Why did you ignore CFCs in your comment about the ozone hole? Could you possibly be unaware that CFCs catalyze and accelerate the breakdown of ozone?
[quote]NASA began measuring Earth’s stratospheric ozone layer by satellite in 1979. By the time the Montreal Protocol went into effect in 1989, ozone concentrations (in Dobson units) had declined significantly over the Antarctic, enlarging the ozone hole. [/quote] 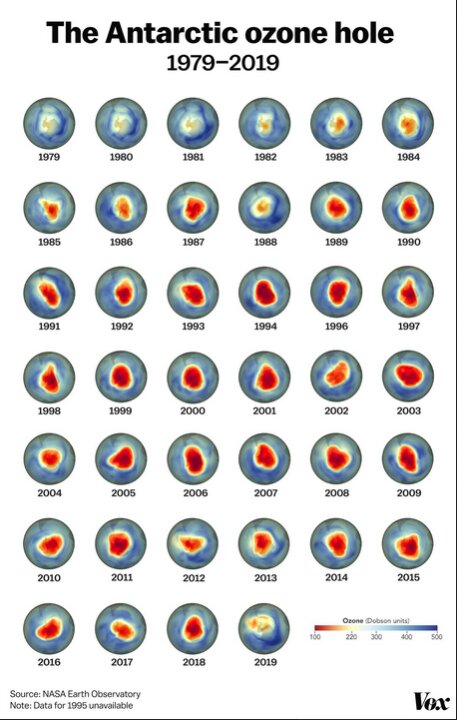 The American Chemical Society says:
[quote] [b]Chlorofluorocarbons and Ozone Depletion[/b]
A National Historic Chemical Landmark
. . .
“When we realized there was a very effective chain reaction, that changed the CFC investigation from an interesting scientific problem to one that had major environmental consequences,” Rowland told Chemical & Engineering News in an extensive interview in 2007. “You don’t often get many chills down your back when you look at scientific results,” he added, but that had been one of those moments.[/quote]
https://www.acs.org/content/acs/en/education/whatischemistry/landmarks/cfcs-ozone.html
+ 0 · Reply · Aug 2, 2022
Translate · Edited: 1 week ago
View 21 more replies »

ElwoodBlues · M
@hippyjoe1955 No one is irrefutable. But you have no counter-theory and no nits to pick, just a lot of whining now that you've lost the debate.

Face it dippy, you came into this with your standard ignorant knee jerk reaction, and you hit a wall of hard science. Chemistry obviously isn't your expertise - you thought STP was an oil treatment - and now you have publicly owned yourself, LOL!!!
+ 0 · Reply · Aug 2, 2022
Translate

hippyjoe1955 · 61-69, M
@ElwoodBlues BWahahahahahaha. Sorry son but your nonsense is about as valuable as birdcage liner. We got it your are a fascist nazi who worships the state and all things official. After that..... meh. Your science sucks. You should apply for a job as a vacuum cleaner.
+ 0 · Reply · Aug 2, 2022
Translate

ElwoodBlues · M
@hippyjoe1955 Since you're accepting wikipedia as a source of expertise, how do you deny
[quote]The main causes of ozone depletion and the ozone hole are manufactured chemicals, especially manufactured halocarbon refrigerants, solvents, propellants, and foam-blowing agents (chlorofluorocarbons (CFCs), HCFCs, halons), referred to as ozone-depleting substances (ODS). These compounds are transported into the stratosphere by turbulent mixing after being emitted from the surface, mixing much faster than the molecules can settle.[2] Once in the stratosphere, they release atoms from the halogen group through photodissociation, which catalyze the breakdown of ozone (O3) into oxygen (O2).[3] Both types of ozone depletion were observed to increase as emissions of halocarbons increased. [/quote]
[b]https://en.wikipedia.org/wiki/Ozone_depletion[/b]

Because people could not decide on pronouns, they drove around in rage and caused global warming. All that pollution caused covid 19 to happen. After the infections started, people went mad and voted for biden.
+ 2 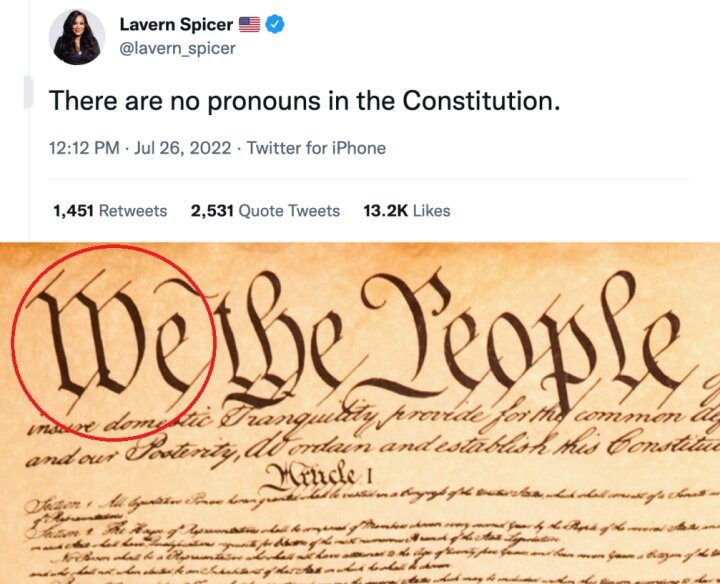 hippyjoe1955 · 61-69, M
@ElwoodBlues Nice try but wrong again. The hole in the ozone layer waxes and wanes seasonally. Ozone is not a stable compound and breaks down naturally. The sun's UV radiation creates it and when the radiation weakens as the tilt of the earth's axis moves the poles of the earth farther away from the sun the ozone depletes. It then increases as spring and summer occur. It has always been thus and only silly little fascists like you can't grasp the reality of nature. In your feeble little mind not only is mankind the problem he is also the solution. Guess what - the ozone layer has been around since the beginning of time and it will continue to be so long as the earth and sun exist. You keep showing your nazi foolishness though because 'science' and stuff. Too funny.
+ 0 · Reply · Aug 2, 2022
Translate

ElwoodBlues · M
@hippyjoe1955 What, you don't know how to use google? I gotta do ALL your research for you??

[quote]Research studies in the laboratory show that chlorine (Cl) reacts very rapidly with ozone. They also show that the reactive chemical chlorine monoxide (ClO) formed in that reaction can undergo further processes that regenerate the original chlorine, allowing the sequence to be repeated very many times (a chain reaction). Similar reactions also take place between bromine and ozone.

But do these ozone-destroying reactions occur in the "real world"? All the accumulated scientific experience demonstrates that the same chemical reactions do take place in nature. Many other reactions (including those of other chemical species) are often also taking place simultaneously in the stratosphere. This makes the connections among the changes difficult to untangle. Nevertheless, whenever chlorine (or bromine) and ozone are found together in the stratosphere, the ozone-destroying reactions are taking place.

Sometimes a small number of chemical reactions are so dominant in the natural circumstance that the connections are almost as clear as in laboratory experiments. Such a situation occurs in the Antarctic stratosphere during the springtime formation of the ozone hole. Independent measurements made by instruments from the ground and from balloons, aircraft, and satellites have provided a detailed understanding of the chemical reactions in the Antarctic stratosphere. Large areas reach temperatures so low (less than 80°C, or 112°F) that stratospheric clouds form, which is a rare occurrence, except during the polar winters. These polar stratospheric clouds allow chemical reactions that transform chlorine species from forms that do not cause ozone depletion into forms that do cause ozone depletion. Among the latter is chlorine monoxide, which initiates ozone destruction in the presence of sunlight. The amount of reactive chlorine in such regions is therefore much higher than that observed in the middle latitudes, which leads to much faster chemical ozone destruction. The chemical reactions occurring in the presence of these clouds are now well understood from studies under laboratory conditions that mimic those found naturally in the atmosphere.[/quote]
See that? A causal link was established - both in the lab and in nature - between CFCs and accelerated ozone breakdown. Turns out all those PhD chemists know more than you!!!

Face it dippy, you came into this with your standard ignorant knee jerk reaction, and you hit a wall of hard science. You can't refute the science, so you are reduced to throwing childish personal insults. Thus you have publicly owned yourself, [b]LOL!!![/b]
+ 0 · Reply · Aug 2, 2022
Translate · Edited: 1 week ago

hippyjoe1955 · 61-69, M
@ElwoodBlues Son do you even have an inkling of what science is? It certainly doesn't seem so. Here is a hint. Unlike your fascist nazi heroes science is all about doubt. You propose a theory then you have to replicate your expected results and rule out every other possibility to establish your position. If there is any doubt or a plausible alternate explanation then your theory remains a theory. Einstein's theories are still being tested but you think that some official paid mouth piece says something it is written in stone. You really have issues.
+ 0 · Reply · Aug 2, 2022
Translate · Edited: 1 week ago 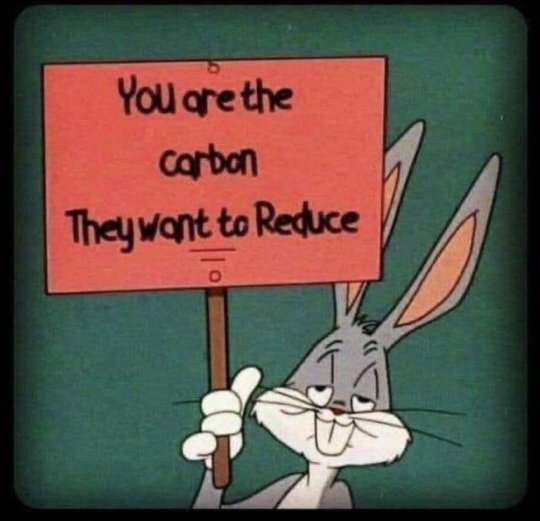 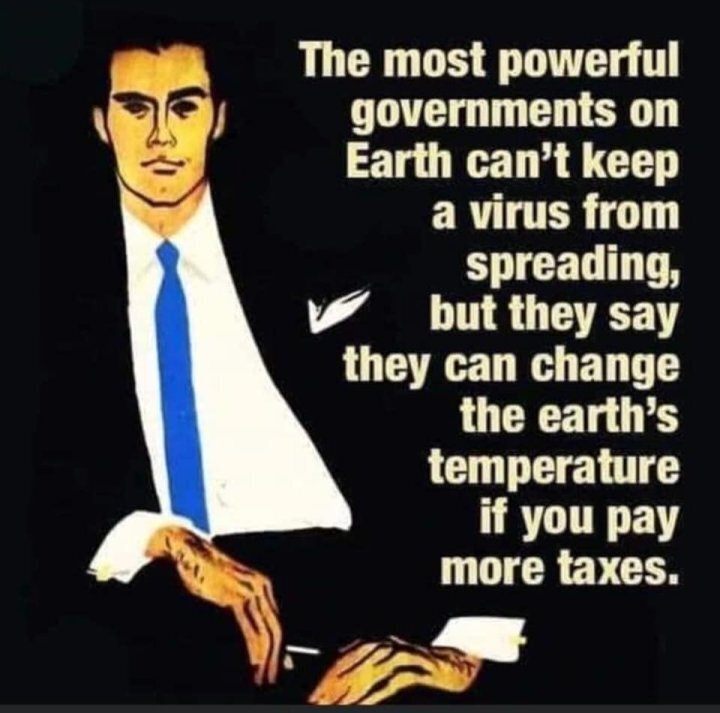 ElwoodBlues · M
@HoraceGreenley Humans, by releasing chlorofluorocarbons, opened the ozone hole. Agreements between governments reduced CFC usage by over 99% thus closing the ozone hole. Yes, humans and governments can alter the atmosphere - we've already done so.
+ 0 · Reply · Aug 1, 2022
Translate
This message was deleted by the author of the main post.