MarkPaul · 22-25, M
It is my business if they are going around infecting the community. Wear a damn mask.
+ 7 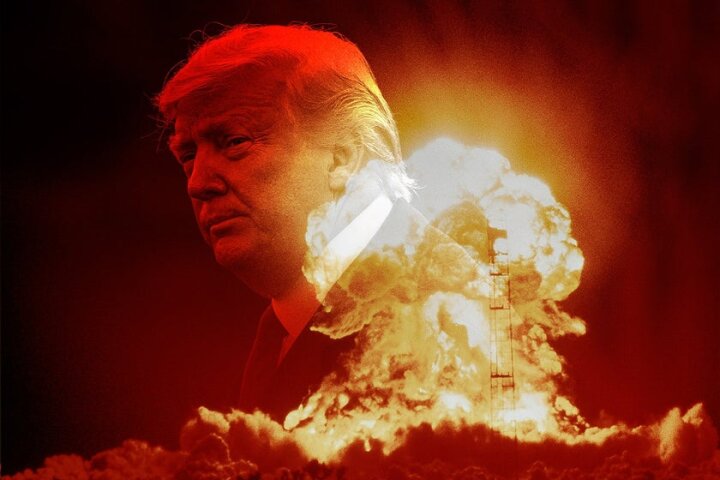 Donotfolowme · F
Last time I didn't mind my own business I had swollen eyes and lost some hair from my head. Never lost teeth so guess I will report and be ready with an ice pack. Love, Karen.
+ 5

PhpPhoenix · 31-35, M
I agree about not being a Karen, but in a different way. Just stick to the rules and don't act like you deserve to meet 20 families. Then the question of whether or not to call the cops doesn't even come up.
+ 4

Becksta · 36-40
[@1125975,PhpPhoenix] If you go round reporting people, you have to consider that you still have to live with the neighbours... and, sooner or later, you're going to need to sleep.

Perfect revenge territory for them if they find out who reported them.
+ 2

SinlessOnslaught · M
Anne Frank and her family were killed because a Karen reported them.
+ 2

Allelse · 31-35, M
No I hope you all get reported, I mean it's one day and you fucking idiots have to 'STICK IT TO THE MAN!' well I hope you all get COVID and die. But that you don't infect anybody else, just that you idiots who have to gather together for some stupid bloody holiday are the ones to die.
+ 2

SweetNSassy · F
[@415694,Allelse] oh,stop holding grudges from the Revolutionary war and let us have Thanksgiving.
+ 2

Elessar · 26-30, M
I saw people gathering even amid the first lockdown here, and even if I were tempted, eventually I didn't report them.

We've been dealing with this utter sh*t for what, 9 months now? If people still haven't grasped the concept that packing in 10 or more around the same table, in a closed space, for hours - then so be it, Darwin will take care of them.

The only thing that bothers me is that, over here, they'll try to save their ass with *my* taxes.
+ 1

Elessar · 26-30, M
[@465377,SweetNSassy] If those who decided to risk took the risk only for themselves, and not the unfortunate ones who happen to come in contact with them, I'd even agree with you.. that's really the problem of this situation. Also maybe the one who decide to risk will even be asymptomatic, and the one who decided to play careful but just happened to work with them will lose both lungs and maybe even life. Life has a strange sense of humour, unfortunately.
+ 0 · Reply · Nov 24, 2020

SweetNSassy · F
[@44863,Elessar] this might comes across as selfish but I just feel like, if you know you are at risk, than it is your personal responsibility to stay home and be safe during holiday times. I know you don't agree but I don't agree that the whole community shouldn't have to isolate, because of a few. Use the drive up grocery service, have a loved one get your meds, ect. I shouldn't have to feel guilty for celebrating with my friends and family.
+ 1

Elessar · 26-30, M
[@465377,SweetNSassy] If what you're suggesting was possible, trust me, there wouldn't be as much social tension, nor the pressure for all to be careful.

There are situations one couldn't avoid: work, for starters, and anything connected to it, like public transportation/commuting - we can't choose to work from home if we don't have a job (or an employer) allowing for it. Also, not all have the (mis?)fortune to live in their own place, the reality for many is a shared rent, or even living with family.

It'll be sensibly better when there'll be a mass marketable vaccine - those who don't give a f*ck will skip it altogether and those who are concerned will get their shot and have a potentially fair degree of protection; but until then, we're all swimming in the same sea of shit.
+ 0 · Reply · Nov 24, 2020

HopelessGuy · M
It's rude to use that name as reference. It makes me sad☹️.

PhpPhoenix · 31-35, M
I keep wondering whether you even know what a "Karen" is. The definition is an entitled person who thinks policies don't apply to them. Snitching isn't part of it. (There are several other nicknames for various people making false police reports based on the situation, but that's not related to this.)

So the Karen in your situation is the one inviting more people than allowed, not the person breaking up that party. You can ask people not to be a Thanksgiving Traitor or whatever for your point but "Don't be a Karen" only means one thing: Don't organize parties bigger than allowed. (And I fully agree with that, and partially with the other.)
+ 0 · Reply · Nov 24, 2020
View 3 more replies »

PhpPhoenix · 31-35, M
[@465377,SweetNSassy] Acknowledging that rules shouldn't be broken in the first place would be great, but I don't see that happening. Your post made it pretty clear that you don't care about the rules and just want people to get away with breaking them.
+ 0 · Reply · Nov 24, 2020