Do you like feet, or know someone who does? Lol.

I know at least a couple of people who do, one being my husband and another being my brother.

TryingtoLava ·
[@605647,DarkHeaven] what do the poofs mean? I mean like ik on a selfie thread but like in this context
+ 1

bijouxbroussard · F
I don’t. But occasionally I’ve encountered others with the interest.
+ 2

DarkHeaven ·
[@876949,latinbutterfly] I know about a lot from being a musician but I am such a square towards drugs, even alcohol. I’m too much of an OCD control freak.
+ 1

DarkHeaven ·
My girlfriend loves my feet. They are long because I’m so tall, but slender and kind of cute, I guess. I like hers too.
+ 4

Pfuzylogic · M
You have very pretty feet.
I have seen pictures of yours a long time ago.
+ 1 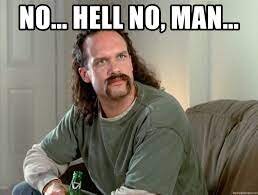