Home Groups People
I don't think I'm going to get vaccinated, how about you? It bugs... | Miscellaneous | Similar Worlds
Miscellaneous
Follow
Asking
No Notifications
Only logged in members can reply and interact with the post.
Join Similar Worlds today »

I don't think I'm going to get vaccinated, how about you?

It bugs me that people I know who've been jabbed get sick for a few days. And it also bugs me that if you ask questions about being vaccinated on certain reddit forums, you just get banned, like there's a Conspiracy or something

Graylight · 46-50, F
[@1501,MougyWolf] I realize that's what it looks like from the cave, but we're actually enjoying the sunlight of sound science and medical research.

Tell me, do you protest to have your protection form measles, mumps and rubella be removed from you? Damn, near the whole country fell for that one.
+ 3

Penny · 41-45, F
I got my first dose on Friday. havent gotten much of a reaction. Just felt a little tired over the weekend. Arm mildly sore. Arm stopped hurting yesterday and feel better today so far. Not sure because I just got up.
+ 0 · Reply · May 3, 2021
Edited: 5 days ago
View 2 more replies » 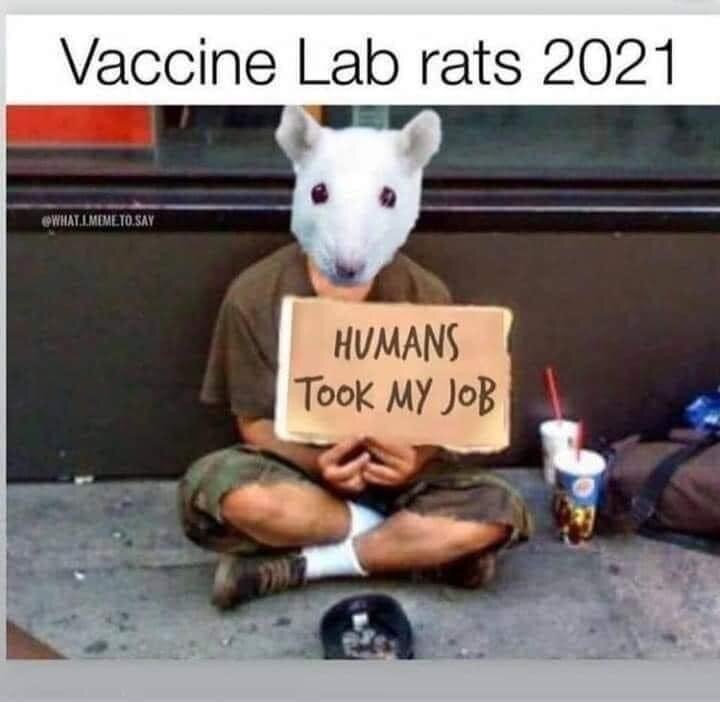 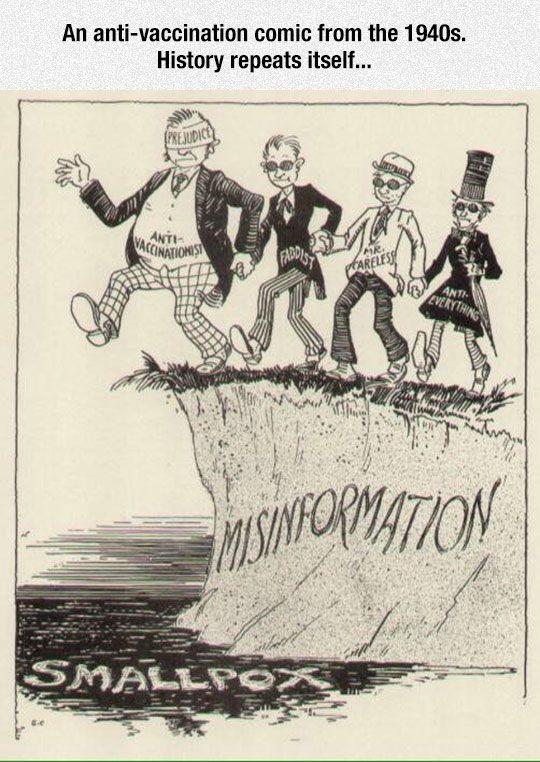 QueenOfQuirk · F
I will take it eventually tho I have no interest in it; but it’s so funny to troll ppl rn by saying anything against their beliefs as their fear has already taken over them
+ 3

🤣lmao [i]124 words [/i]was too much for you? Sounds like an excuse not to respond but ok...
[i][b]Tl;dr[/b] People are indeed suffering financially from COVID but they were before and they will be after and your conspiracy falls on it's face because the powers that be don't need COVID for people to be in debt [/i]

You said that the fear of COVID is being deployed to keep people in debt when it is not necessary because as you admit, people have been and will continue to be in debt either way.
You can be upset about the measures deemed necessary to control the pandemic if you like, just keep the weak-ass conspiracy shit out of it.
+ 1

WandererTony · 51-55, M
I have taken 1 doze and will take another soon. There is no harm in taking the vaccine. I felt no sickness. But statistics show that probability of death from Corona is lower if vaccinated.
+ 1

Elessar · 26-30, M
It bugs me more the fact that unvaccinated and infected people I used to know died (or at best got screwed) from it. Priorities, I guess.

Lifelong lung/nervous system damage concerns me more than 3 days of a pseudo-cold.
+ 4

Graylight · 46-50, F
[@572847,Jm31xxx] There are three different vaccines from which to choose, and likely new ones on the way. Every one of them will be tested the same way, they'll all have the same trial and none of us ever know the ultimate efficacy of medication in the short run. It's what we call a necessary risk. This is how science works, even when the curtain isn't pulled back.
+ 2

AbbySvenz · F
Do you agonize over tetanus shots? Polio? Measles/Mumps/Rubella?

Also: why do people think people doing the socially responsible thing and getting vaccinated is done out of “fear.”?

You do it for the same reason you wear a mask in close public spaces: so you lessen the risk of inadvertently passing it on to others.
+ 2

summersong · F
I’ve gotten both doses. The side effects aren’t a barrel of laughs but they’re a damn sight better than the virus itself.
+ 3

Graylight · 46-50, F
Whether or not you get vaccinated is your choice, but it does have consequences for others. We're not talking about just your protection, but protection from you should you contract or already be an asymptomatic carrier.

Some people are having ill effects from the vaccine shot, true, but many, many are not. I felt no different after each shot. My partner got hit with side effects, but it was two days of not feeling great and a low-grade fever.

Play a little game with yourself. Take a small breath and hold it. Just a little one. Now, without exhaling, take another tiny breath. Repeat a few times, and it should give you a good idea of what it's like not to be able to breathe adequately.

Feeling a little icky is nothing when stacked against death, cardia complications and long covid, which could shorten the lifespan and crated indefinite mental and physical problems.

It's safe. It's tested. Its formulation is soundly based in research and known science. And it's not political. Conspiracies don't exist in nature. Do your research, put the numbers side by side and make an informed choice either way.
+ 1

MarkPaul · 22-25, M
It bugs the hell out of me that people are seeking attention off of proclaiming they are not getting vaccinated. If you don't want to be vaccinated then don't do it instead of turning it into your personal achievement story.
+ 3

MarkPaul · 22-25, M
[@572847,Jm31xxx] Okay, okay. Calm your tits. Your body is supposed to have a reaction to the vaccine (any vaccine for that matter). That is nothing to be bugged about. Stop hoping for a magical solution and then being upset when your fantasy doesn't match reality.
+ 1

Pikachu
[quote]It bugs me that people I know who've been jabbed get sick for a few days. [/quote]

Very true. Feeling a bit poorly for a few days is a small price to pay compared to what this disease can and has done to millions of people.
+ 3

Crazywaterspring · 56-60, M
I've had the Moderna shots. You feel bad the next day then you get on with life.

Science is real. So is the virus. Blowhards on cable TV have had their shots but still tell the fools vaccines are horrible conspiracies.
+ 0 · Reply · May 3, 2021

spjennifer · 56-60, T
The ones who make me lol are the Evengelicals who state that getting the vaccine will mark you with the "Mark of the beast"! OMG, Satan is going to take over the world! It's no different from the many vaccines we received as children, Smallpox, Measles, Mumps. Will be getting the shot when I can.
+ 1

jehova · 31-35, M
[u]I complete understand your perspective on this one. Technically all complications of a vaccine are not known until 5 years after it's application. I was determined to wait 2 years, but My job strongly insisted i get one. WTH[/u]
+ 0 · Reply · May 3, 2021