Have you ever wanted to do an enema while floating in water? So its self ex... | I Sexual | Similar Worlds
This post may contain Adult content.
I Sexual
Follow
AdultRandom
No Notifications
Only logged in members can reply and interact with the post.
Join Similar Worlds today »

Have you ever wanted to do an enema while floating in water?

So its self explanatory. I have a twisted idea maker and this is the most fucked up thing that I have had and afterwards thought that sounds like fun. I have quite a few flotation devices so I am not worried about accidentally drowning. The solution that I use is a mix of wine and water. No I am not going to use lake water. So I figured that it would be super relaxing. I plan on camping at the lake because there is no way I am getting a dui. Have I totally lost the plot on this one? Would any of you do this?

ColoradoKid · 41-45, M
[@11509,Keepitsimple] I am not sure about what was done before I could retain memories well. But I did get my bell rang on a 3 wheel terror death machine.. it landed on me after the handle bars almost took my left eye out. My grandmother's house was also painted with lead paint. Never lived under power lines or near a nuclear power plant. However I have been in a few uranium mines that were closed and old.
+ 0 · Reply · Jul 19, 2021 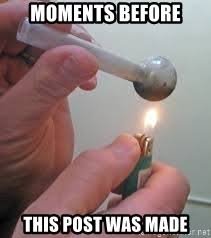 ColoradoKid · 41-45, M
[@327405,TheOneyouwerewarnedabout] You honestly think that meth is the majority of my problems??? Omg you will be in school to learn my problems for the better part of 20 years. Easy to make assumptions from how people feel the way they do when you have every thing handed to you. I am not the "Hunter" you are thinking about. I am a hunter... if you have pissed me off you are not the one you are looking for. I am the hunter who will kill any thing that will feed his body. Any thing that will feed his soul. But not the hunter that will bring dishonor on his family. I hunt truth and wisdom until most people give up. If you are looking for a hunter.. I may be your best friend or your worst adversary. Trust me you want me as an ally. As if I view you as an enemy.. God help you.. because I Will not.
+ 0 · Reply · Jul 22, 2021

ColoradoKid · 41-45, M
[@1080,robb65] I am sure that it will be. I am planning on boiling water to put into an insulated cooler type thing and using a closed bag setup with a hand pump. So when I am getting ready to jump in every thing is pre warmed to less than 104 but more than body temperature so hopefully 0 cramps. I am more worried about being caught by law enforcement than the gp. Mainly the whole dui thing. Other than that I could give a shit less. I am older than my dad now. And out lived my late wife and unborn son. Mentally I am old AF. but physically I am 43 with chronic illness that I don't want to face. The last 13 years its been chronic migraines and depression. Now its all that plus M.S. plus being single and no woman wants a feminine man that can mechanic with the rest and shoot with the rest of many men and then hit the spa and shops with the women and actually be HAPPY WITH THEM SELVES. I am an odd really odd duck that aside from my freaky side. Most women would like to be with but they are unsure about the relationship dynamics. Maybe they are thinking that I am competing against them.. I am not. I am just trying to show them my most vulnerable side first. So they know exactly what they are looking at. I don't try to lie to anyone. Just accept me for who I am. I will love you with more than my self esteem will allow me to feel for myself.
+ 1