I hope it's OK to start my post by quoting others from a different thread.

They (we!) were right about a lot of it and still are 😀. Some of it doesn't seem so bad in hindsight because now there's a lot of stuff that's so much worse. Depends a bit on how you define Rock & Roll, or even just 'music'.

Although it could be music that you like, it's very often spoiled by the sound board guy or engineers who think you need to have the bass & percussion instruments louder than all else; and that what used to be called a singer's accompaniment should be the main event, so the instrumentals get super-amped and the vocalist is partly drowned out with lyrics mostly lost.

Music can have melody, harmony and disharmony, simplicity or complexity, beat; variations in rhythm & volume. It can be calming, exciting or inspiring. It can have a message too. I suppose 'rap' is meant to have a message but I can seldom make it out. If it has none of those other attributes I think calling it music is preposterous.

TryingtoLava
Rap is music! Its kinda arrogant to say something isnt music cuz you dont like or understand it :| like is jazz not music cuz some peeps dont like it?
+ 2

Really · 80-89, M
[@328496,bijouxbroussard] [quote]chauvinism:Prejudiced belief in the superiority of one's own gender, group, or kind. Or in this case, music. Does that clarify my meaning ?[/quote]
It clarifies your meaning but not its relevance here. Superiority is a concept you are introducing. I don't think it's been been claimed before on this thread; certainly not by me.
+ 0 · Reply · Jan 31, 2021

bijouxbroussard · F
[@568940,Really] You don’t think so ? You don’t see where dismissing someone else’s music as not even music because it conform to your standards is arrogance ? And I can’t claim to know your motives (which is why I conceded [quote] Whether you mean it to or not,[/quote]), but of course on some level there’s an element of superiority. To be classified as music (art, dance, poetry, etc.) it has to fit within the parameters that you and your ilk use to define those things. Otherwise, it’s not.
+ 1

ElSenordeLosCielos · 22-25, F
There are many talented rappers if you actually care enough to listen lol 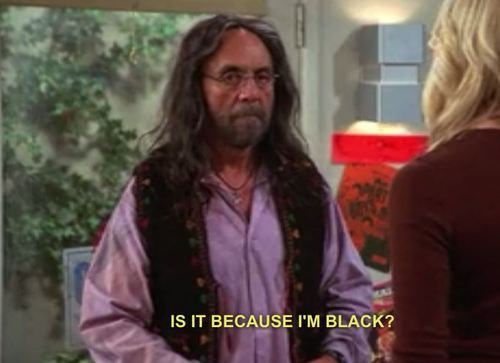 SW User
I'm okay with rap as long as I don't have to ever hear it. I also feel this way about yodeling, polka, opera, hyper-punk and death metal.
+ 4

DestroyerOfIdeologies · 22-25, M
I think a lot of people are disturbed by the origins of rap, and even today, of the disturbing lyrics and sh**** attitude that goes with them.

Personally I don't listen to it much these days, cept when I'm dancing on night clubs, which haven't been since covid.

I'm not here to say whether it's music or not. There are some songs that are fun. But those who defend it often seem to pretend the verbal abuse, especially towards women, don't exist.
+ 0 · Reply · Feb 9, 2021
View 1 more replies »

dubkebab · 51-55, M
[@328496,bijouxbroussard] Truth,Bijoux, school 'em!
And we can follow that lineage deeper into work songs,counting the dozens and inevitably back to African griots...
+ 1

DestroyerOfIdeologies · 22-25, M
[@328496,bijouxbroussard] We can debate it's origins (there was in a documentary even a rapper known from the 80s, perhaps he was even part of The Sugarhill Gang who said rap will always be the bastard son of disco) but in practice there's a lot of verbal abuse. And you can find them from famous groups: Wutang, Digital Underground (Tupac's crew, who helped him shoot to stardom), Luniz (yeah they got 5 on it, they major foul mouths too), Too Short, NWA, Beastie Boys and so on, to the break of dawn. Yeah there's some who have tried to keep it clean. Like MC Hammer, but what did the other rappers do? call him a sell out. Even with the Sugarhill Gang calling Superman a fairy was crass.

Hamilton probably gave it it's biggest PR boost. It is now become part of a famous musical. I like Lin-Manuel Miranda by the way. He's a pretty cool guy.
+ 0 · Reply · Feb 9, 2021

bijouxbroussard · F
[@971824,DestroyerOfIdeologies] That just means [b]he[/b] didn’t know about groups like The Last Poets, whose work is acknowledged as a precursor to a lot of political rap. And I’m not really debating, I was there and remember its evolution into “modern” times.
Sadly, there are also contemporary black artists who don’t acknowledge all the other genres that came from our community. They think it all began with rap. That is [b]their[/b] ignorance, unfortunately.
+ 0 · Reply · Feb 9, 2021
Edited: 5 mths ago
43 people following
I Feel Music Personal Stories, Advice, and Support