Home Groups People
Why are Trump supporters claiming Trump can win when he posted it on his Tw... | Politics | Similar Worlds
Politics
Follow
No Notifications
Only logged in members can reply and interact with the post.
Join Similar Worlds today »

Why are Trump supporters claiming Trump can win when he posted it on his Twitter he’s conceding?

Here’s a screen shot because I know how lazy you Trump supporters are. 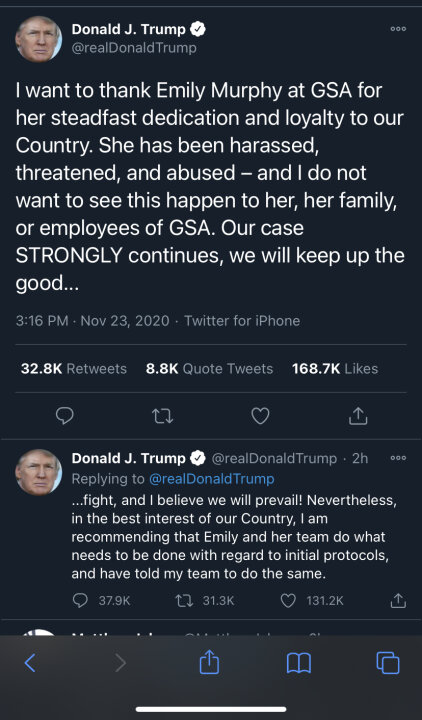 and even the link: https://mobile.twitter.com/realdonaldtrump

Lmao crazy how his supporters think he's winning. His lawsuits are being thrown out left and right 🍿
+ 3

bookerdana · M
case continues..why its the magical sidney kraken that keeps him bloviating on
+ 1 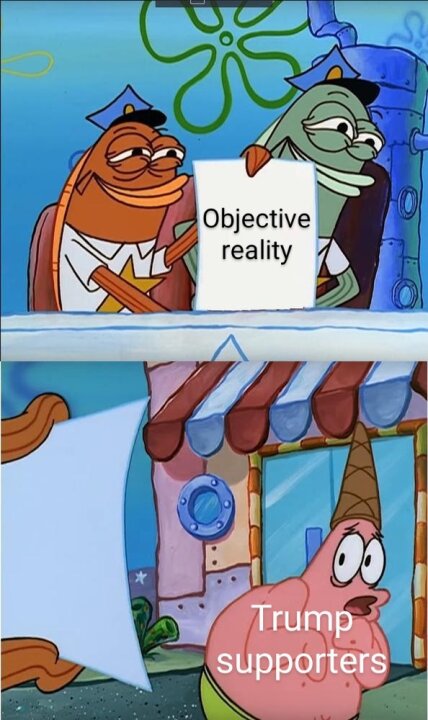 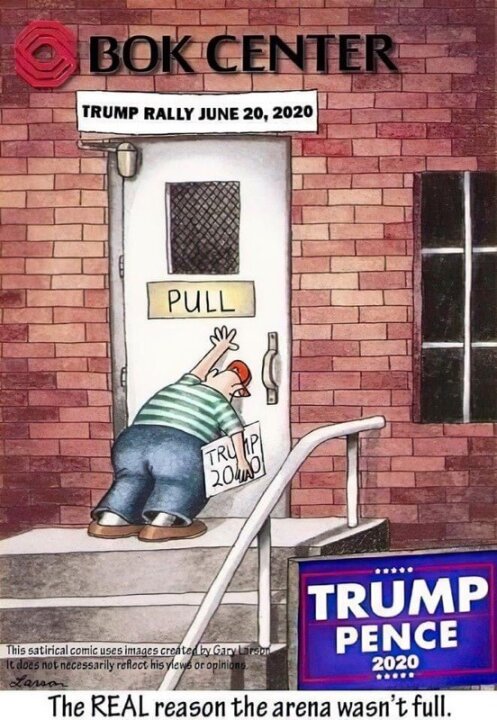 
Rudy Giuliani is already saying Supreme Court. Though some reports also suggesting Trump is finally figuring out he's got fools for lawyers.

Which I figure means he might be planning to turn on them soon.
+ 1

OggggO · 31-35, M
That's not a concession, at least not to Biden. Don't get me wrong, I wish the bastard [i]would[/i] concede, but I'm guessing the only reason he's doing even this is because even the GOP has been souring on his petulant obdurance.
+ 2

bijouxbroussard · F
“We will keep up the good fight” ?
Why ? Trump lost both the popular [b]and[/b] the electoral vote.
So he demanded a recount. The states complied. So far he’s still lost, even in Michigan, Pennsylvania and Georgia. 28 of his lawsuits tossed out, dismissed for “lack of evidence”. Other world leaders are congratulating Biden and Harris, and even some of his fellow Republicans are reaching out. And the only thing Trump accomplishes by refusing Biden access to Covid briefings is delays that could potentially cost American lives.
So what “good fight” is Trump talking about ? 🤔
+ 2

WalksWith · 51-55, F
That's because over on 'Parler', 'Snewsmax', Breibert', & OAN, (in their echo chamber-vacuum) they are reading/listening how tRump* REALLY is the winner! They are stupid, stupid, stupid.