Wow,
Public information, in the form of emails he sent to his friends and other scientific associates has revealed that a year ago our "Covid" expert was totally lying about the virus, how to handle it, masks, China, and quarantining.
We have all been duped for power and money's sake. The highest paid government employee, Fauci, should be charged with fraud, and possibly murder for his actions and his greed.

YesTheYahooligan · 22-25, M
I hope that when he gets sent to prison they mistake him for a creepy looking pedophile and rape the shit out of him LOL
+ 1 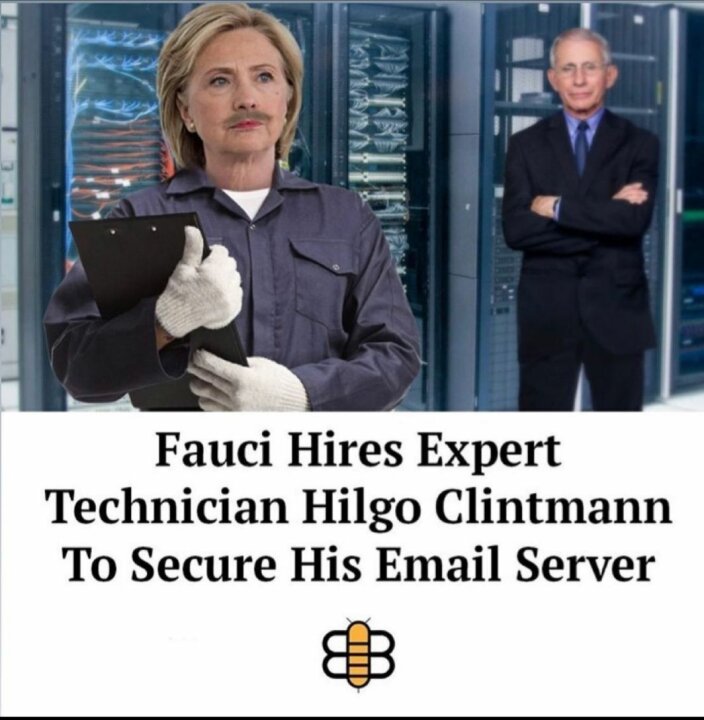 [quote]Fauci did not lie about masks. Though Fauci, along with several other US health leaders, did initially advise people not to wear masks, his guidance evolved along with the scientific community's understanding of the coronavirus. Similarly, Fauci has insisted any change in the numbers he's provided regarding herd immunity is due in part to new science, not just polling, and representative of the fact that there's a range of estimates for the necessary level.[/quote] CNN
+ 7

Mktonght · 61-69, M
It is not about CNN, it is fact his own emails! are you so politically left that truth hits you in the face and you still are in denial?
Facts not speculation or spin, try to look up the truth for once.
+ 1

MistyCee
First they came for Obama, then it was Hillary, then Mueller, and now Fauci.

Wait, I forgot about whistleblowers, the Press, and I'm sure others, all of whom have said things that don't flatter Trump.
+ 2

You may have a point about not blaming Trump so much though. This still smells like Trump-style, but I doubt he's personally driving this, or really much else right now.
+ 1 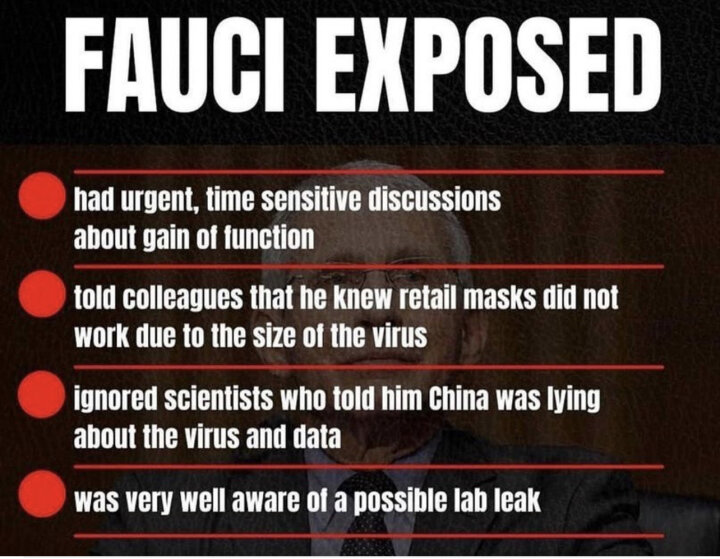 checkoutanytime · 41-45, M
It's reminiscent of a zombie apocalypse movie, the past 18 months. 1 more year ,till the high tide of far left extremist gets p.h. balanced, & US is great again for all of US, not just socialites on the Soros+China payroll.
+ 1

Confined · 51-55, M
Fauci has a copyright on covid 19. He paid China to make it to his specifications. China released it on his orders to rig an election. Fauci lied, and is guilty for crimes against humanity.
Masks are nothing more then a placebo. The virus is so small it passes through all cloth masks. Now China is threatening Nuclear war because they got caught.
+ 3

Keepitsimple · 51-55, F
He’s been a whackadoodle from day one. Nobody can hardly be surprised by all of this going down with him.
+ 5

MistyCee
[@1116,walabby] FWIW, I thought OP was being sarcastic when i first read the post.

It's a total disconnect as far as I can see in terms of greed, money, and power, and I haven't even heard a book deal mentioned here.


I'd blame America's obsession with reality tv, but it seems like I've heard that it's even bigger in Brittain and other places.
+ 3

Seriously, I'm starting to think that the foolishness of this attack Fauci crap is going to end up actually impeding rather than helping an investigation into Covid origins?

Is it a deliberate thing? An effort by Trumpists to thwart efforts to save human lives?

Probably not, but it's not F-ing helping the human race, and by now, it's not unsurprising that some people are willing to do just about anything to get ahead over someone else.
+ 1

QuixoticSoul · 36-40, M
When you read the emails, the “controversy” poofs into thin air. But of course, most never will.
+ 3

MistyCee
[@10531,eli1601] Yeah, that one. The one that Trump, Rudy and Roger cheered but later tried to blame on Antifa.


It's really odd to try and pretend it never happened now. You'd think, like the Easter Rising, the folks behind it would become legends and in a few years, a new bunch of revolutionaries would honor them and maybe succeed.

Only, this time, Trump stayed in the White House and watched as "special" village idiots caused trouble and got arrested instead of getting his hands dirty.
+ 2

MistyCee
[@760047,MarmeeMarch] Bbbbut... He didn't bow the head and bend the knee to Trump and libs liked that.

4meAndyou · F
CNN and MSNBC and many others are now quietly sneaking back to their January 2020 articles and changing the words in the headlines...😝
+ 1 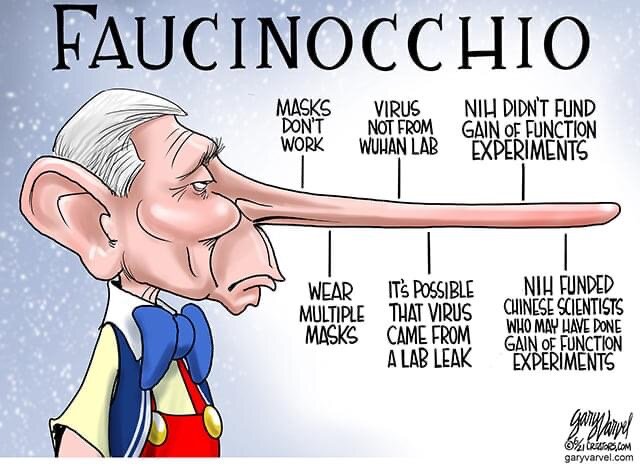 · Reply · Jun 5, 2021
546 people following
I Have Something To Say About Coronavirus / Covid19 Personal Stories, Advice, and Support 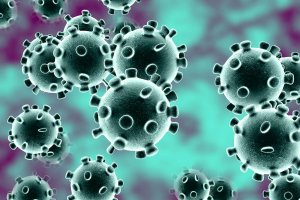