Chubby Brown has been banned from performing standup comedy by left wing Sheffield council because of what he jokes about, so is this the first time

this has happened in free-speech UK? 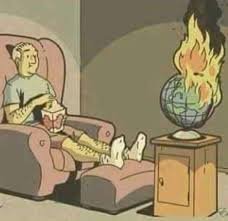 SteelHands · 61-69, M
It's highly probable that the reason they need to quickly bury all these jokes is because they're actually truisms.

They don't want anyone to suddenly stop for a moment and realize that it's only funny because it's so true.
+ 1

The wife and I have been arguing about where to go on our holidays. I want to go to
Tenerife. And she wants to come with me.
– Roy Chubby Brown

My favourite drink is a cocktail of carrot juice and whiskey. I am always drunk but I can see
for miles.
– Roy Chubby Brown

You can’t get on an airplane just because of the bastards. They go up with hairspray,
make-up. What are these terrorists? F***ing drag queens?
– Roy Chubby Brown

It was our son that kept our marriage together. Neither of us wanted custody of him.
– Roy Chubby Brown

They still haven’t found Osama Bin Laden. Why don’t they give his name to the Child Support
Agency? They’ll find him.
– Roy Chubby Brown

I have often wanted to drown my troubles, but I can’t get my wife to go swimming.
– Roy Chubby Brown

At the unemployment exchange, my father gave his occupation as an astronaut but not
prepared to travel.
– Roy Chubby Brown

If there’s an atomic war, this country will be flattened in three minutes. Good. Time to f***
the wife. Twice.
– Roy Chubby Brown

We were so poor we couldn’t even afford a proper lavatory brush. We had to tie my pet
hedgehog to a stick and tell him to hold his breath.
– Roy Chubby Brown

My wife came home and said she had some good news and some bad news about the car. I
said, “What’s the good news?” She said, “The airbag works.”
– Roy Chubby Brown

He was so thick he couldn’t tell which way a lift was going if he got two guesses.
– Roy Chubby Brown

A homeless person said, “I haven’t had anything to eat for two days.” I said, “I wish I had
your willpower.”
– Roy Chubby Brown[/quote]
+ 1