This young man, Adrian Gaskins received 40 years in prison in 2016, at the age of 17, for breaking into someone's home. He is not, nor was he ever

A violent person. He did break the law by breaking and entering but 40 years is too much time for breaking and entering. His family is heartbroken. I spoke to his mother last year and was almost in tears when she told me the story of this young man who was once a high school football player and made good grades, and a second chance was all that he needed. 40 years for a nonviolent crime. 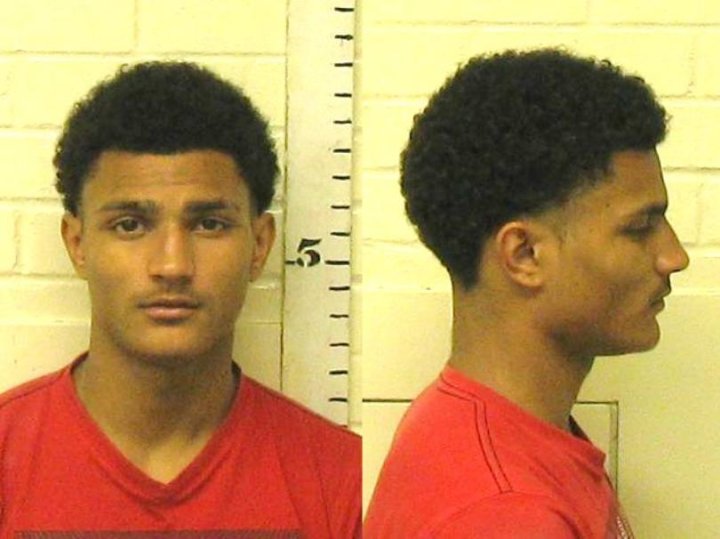 These are the charges, and notice 3 of these charges are basically the same crime.

The agg robbery, which they called agg robbery was because he had a weapon on him when the cops found him, but according to his mom, he didn't use the weapon. The harass public servant charge, I think he was charged with that because he spit at a police officer, which is a bad thing, but does that warrant 40 years?

SW User
Play stupid games - win stupid prizes. He’d be sleeping in his own bed tonight if he’d not broken into someone else’s home. The sentence seems pretty harsh, but he’d have gotten zero years had he done the right thing to begin with.
+ 6

hami1091 · 41-45, F
I feel terrible for this young man and I'm sitting here thinking he doesn't need to be locked up for 40 years for any reason, he's a kid. However, I am breaking down these charges in my head aggravated robbery, burglarizing someone's home, harassment of a public servant and having some type of controlled substance while inside a correctional facility. I don't know his past criminal record and at his age likely he might not even have one or juvenile stuff gone. So I clicked on the link [b]you[/b] shared for this kid and I find out I was wrong. The aggravated robbery occurred on 1/12/2016 while everything else occurred on 8/4/2016 so he did have past crimes. You had me until I looked the first is different than the others. Do not misunderstand I [b]DONT[/b] think he deserves 40 years. I think such sentences should be reserved for murderers, pedophiles, and rapists but he's not as innocent as your post makes him sound.
+ 3

SW User
So the guy broke into someone’s home with a gun in his pocket,then spat on the arresting officer. Sorry man but if that’s not asking to get screwed,I don’t know what is
+ 4

JesseInTX · 51-55, M
Apple didn’t fall far from the tree. His Dad is in TDCJ too for dealing drugs and being a felon in possession of a firearm.

Personally I think he got what he deserved. Commit an aggravated robbery, get out on bond, then 7 months later do multiple burglaries and fight and spit on a cop? Uhmm yeah, no sympathy here.
+ 3

JesseInTX · 51-55, M
Unfortunately. But then he made unfortunate choices. And it appears he accepted a plea agreement so he’s admitted guilt [@1015674,Shapeshifter]
+ 1

Tminus6453 · M
Got what he deserved, he's lucky homeowner didnt shoot his dumbass
+ 4

SledgeHammer · 41-45, M
God that is alot of time!
Then again...
From the list of charges,,,seems like the boys criminal activity is progressing.
PORH SUB = deadly weapon
Harrassment pub = aggression
Burg habit with priors
AGG.... THIS IS A MAJOR CRIME
--[b]Aggravated robbery[/b] is a serious crime that involves not only a theft, but also injuries to the victim. ... [b]Aggravated robbery [/b]means the robber was armed with a deadly weapon, had an accomplice, or actually inflicted serious bodily harm on the victim.

BalmyNites · F
Unfortunately, from a legal standpoint, the man committed robbery by the action of taking property unlawfully by force or threat of force & the aggravated robbery charge is indicative of the fact he was armed with a deadly weapon, which could have inflicted serious bodily harm. Whether he actually used the weapon or not is irrelevant, it’s the point that he showed intent by being in possession of that weapon.
+ 1

BalmyNites · F
According to common law, he very much is a man, because the law states that a person is ‘criminally culpable’ once he/she reaches the age of 10 years. However, that factor is now under scrutiny & will be re-evaluated by the lawmakers, following recent scientific evidence that children’s brains do not, in fact have the capability to differentiate between right & wrong at that age, rather more not until much later in their teens [@1015674,Shapeshifter]
+ 0 · Reply · Oct 16, 2019

SW User
How many times was he sent to juvenile? There’s a lot of factors to this. At the end of the day don’t do anything illegal you’re not willing to to get caught and sentence with.
+ 2

SW User
[@1015674,Shapeshifter] spitting in a cop’s face is a surefire way to get fucked in court. I’m not saying I don’t feel bad for him. I’ve been arrested a few times and was always respectful to the arresting officers and judge and never got a maximum sentence even when I deserved one
+ 1

But the justice system is incredibly flawed I agree.
+ 2

Kingfish28 · 26-30, M
He was on probation for purse snatching when he got caught for burglarizing firearms from a home. He then assaulted police after being arrested.
+ 1

Kingfish28 · 26-30, M
[@1015674,Shapeshifter] He was on probation when he broke into a home and stole a bunch of guns and got caught while possessing cocaine. Sounds like a fine upstanding young man. I'm sure he would have contributed a lot to society.
+ 1

lizzy96 · 22-25, F
so someone who commits sexual crime or can sometimes get away with less than 20 years, yet somone who burglarizes gets 40 years. What a messed up judicial system we have
+ 1