Slavery in the Bible: Christian apologist VS Skeptic. [Spirituality & Religion]

Yes, i know most people won't watch the video.
But if you're a christian and you've only ever heard that slavery in the bible wasn't really slavery and wasn't so bad anyway, you might be interested in checking this out.
Enjoy!

Me - owning slaves?
God - Sure but here are a bunch of rules and regulations that you might one day realise how this is wrong but some of you wont get it and there may be a civil war but after that i'm sure it will all turn out fine... eventually

Yeah that's actually one of the points in the video. The apologist tries to spin it like having regulations for slavery meant that god didn't actually like it.
Well then how about regulating it with a big ol NO, like he did for many other things?
+ 1

@2:06 On the other hand, when someone begins the argument with "slavery is different in the bible than how it was in America" we know it's going to be a crap argument.

As long as there was a "thou shall not steal" but no "thou shall not enslave" it's pretty clear that god approved of it. The person in the video is essentially trying to take off responsibility by giving plausible deniability, a tactic seen in politicians. It's saying that god does not outright say slavery is OK but merely regulated it.

It's kind of like saying you peddle cocaine on the streets but when it gets into the hands of little kids you're not responsible.
+ 2


lol it does look fun.

Yeah he's pretty disingenuous the whole way through.
Quote mining the bible to make it appear that all slavery had certain rules rather than one set of rules for Hebrew slaves and a much harsher set for foreign slaves.
+ 1

LvChris · 41-45, M
@SolveEtCoagula I very clearly instructed my clients not to give cocaine to children, told them when, where, and how they should personally engage with it, regulated it, but I don't condone cocaine use or anything.
+ 2

SW-User
The Bible accepted slavery as a reality of the world that produced it and has no specific injunctions against it. Ancient peoples couldn't imagine a world without slavery--thus the Bible does not speak against it, but rather simply accepts it and offers some guideline on how to properly treat slaves.

That's not including all the "curse of Canaan" BS that Christian slavery-apologists used to defend the practice of racial subjugation.
+ 2

Which makes sense if it was just a collection of history and legend of completely human origin but becomes more problematic if one believes that the bible is the inspired word of god.

[quote]Ancient peoples couldn't imagine a world without slavery--thus the Bible does not speak against it, but rather simply accepts it.[/quote]

Wearelivinginamadworld
Sorry but this video has nothing to do with Christianity ?

The Old Covenant is packed out with war and slavery. God again, set the captives free.
+ 1

lol all it took was for me to disagree with you before you called me a juvenile dumbass.
As i said, you're welcome back when you're prepared to have a discussion.
Until then...

Wearelivinginamadworld
and btw, I called you a Total dumbass ( ! ) refusing to reply to your juvenile questions 🤪 , Mwahhh xxxxx. It really is hard being so amazing like myself....😇@Pikachu
+ 0 · Reply · Apr 1, 2020
Translate · Edited: 2 yrs ago

fairefoutre · 70-79, M
The Bible does not support slavery if it did Christian ministers, priests and theologians would be advocating it.
+ 1

daisymay · 46-50, T
@fairefoutre [quote]The Bible is a book to be read with intellect fully engaged[/quote]

SolveEtCoagula · 31-35, F
@fairefoutre The whole slavery in America was directly pushed by Christians. The number one religion at the time slavery reached its peak was Christianity or Catholicism, they also used the bible to justify it as well.

The reason they don't today is because our views are changing which is better but understand that's only within 100 years or less.

There are exceptions like the Quakers, the Quakers formed out of the civil rights era and is a Christian anti-slavery religion.

But it's wholly incorrect to say that Christians have not ever pushed for slavery because they did for the greater part of two centuries.
+ 1 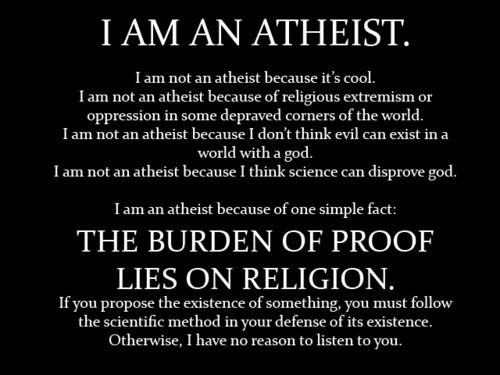 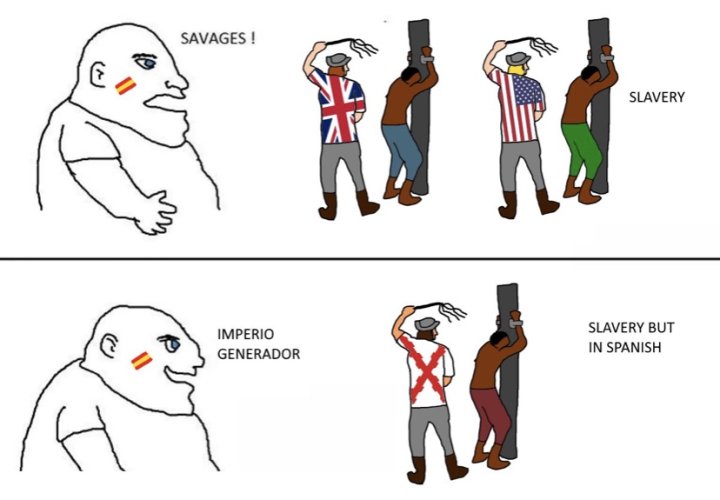