Kill all the boys and all the women who have had intercourse with a man.Only the young girls who are virgins may live,you may keep them for yourselves [Spirituality & Religion]

Can the bible be considered a guide to morality when at best it tacitly endorses and at worst [i]explicitly[/i] endorses taking child sex slaves? 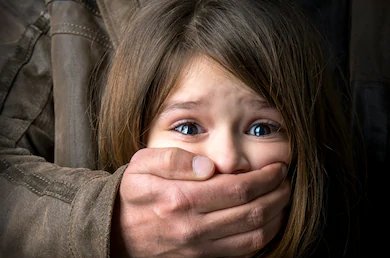 GodSpeed63 · 61-69, M
It doesn't say that. You keep referring to the old testament when we're living in the new testament. Plus you have no clue of what your talking about in regards to Israel and the pagan nations that surround it. Leave judgment to the Righteous Judge and quit living in the past.
+ 0 · Reply · Apr 1, 2020
Translate
View 2 more replies »

wilderflower · F
@GodSpeed63 Now is that any way to talk to someone who was nice enough to show an autographed copy of the bible?
Oh that reminds me-Do you read and follow every word of the bible?
+ 0 · Reply · Apr 1, 2020
Translate

I don't use the bible as a moral compass or am a great religious person
He does a great job at explaining why the bible says that
+ 0 · Reply · Mar 31, 2020
Translate
View 2 more replies »

I respect your desire to place the verse in the context of the story.
Again, the context (as you agree) in no way mitigates the monstrosity of the action. As i'm sure you agree, the fact there was a war or that their enemies were cruel does not excuse responding just as cruelly.

Perhaps i am too sensitive when i hear the word "context" because it is almost always deployed in an attempt to excuse something in the bible which appears unsavory.

[quote]Also why keep a virgin for sexual reasons if they were persecuted for that sin? [/quote]

Well as we see at a few points in the bible, the reason for not getting it on with the foreign women is because they will cause the men to sin by worshiping false gods and so on.
So they didn't get in trouble for having sex with those women, they got in trouble for disobeying the order not to do so for the above reasons.
But identifying the girls to be taken as virgins denotes that their value was in their virginity, I.E. there eligibility to be taken as wives.
+ 1

iQuit · F
@Pikachu The video explains why. I honestly just re-mentioned it. Because in all honesty I am no biblical scholar and don't look too deeply into the text.

He explains briefly how and why others were killed for partaking in sexual acts with men.

For that reasoning they probably kept the virgins pure and alive.
In their cultural/eyes they/as many cultures -saw sex as evil.

**It's very rare to find a culture and civilization that finds sex as acceptable when you look back in historical terms.

Personally speaking: I'm not a big fan of the bible because it's very misogynistic. Plus, a majority of events depicting women as the root of wrong.

As far as I'm concerned it's a historical window into the past.
So many cultures and societies have had so many ideals that seem somehow archaic in some ways. Plus as society changes it tries to modify. The past keeps getting blurred and who honestly knows the actual truth of anything.

If it weren't for technology now maybe some known facts would be mistaken for fiction or confused with other events and be called :(fake news) or by any other term.

Looking back into ancient times- it's clear that:
God's are plentiful in the world beside Christianity.


**Also, at the end of the day No matter what deity

Humanity is clearly responsible for their actions - no matter what.
(Even if they want to excuse themselves with religion)

I will definitely agree that if people back then and now use any historical text to justify their vile actions -then they are most certainly horrible beings
Which deserve consequences for their severity against humanity or any living creature.

Faith and religion are a messy thing.

When you take into account the barbarities done in the name of "religions".

It's scary to imagine what might happen someday because of individuals following a doctrine imposed or persuaded by any faith/established religion.
+ 1

I would also consider the bible to be more of a historical document (with varying degrees of accuracy) than anything which should be considered a moral guide.

Well that depends if one believes in biblical inerrancy or whether one acknowledges that humans wrote and transcribed the bible, introducing errors.

Yeah you generally don't hear this one in church.

It is kinda sad when people are willing to deny reality where it contradicts their faith.
+ 1

canusernamebemyusername · M
@Pikachu Yeah I don't see what is so great about the Bible that people would die for it. Religious experiences on the other hand I can understand. Those can def change your brain. But the bible is a meme (thought parasite).
+ 1