"I can do all things through Christ who strengthens me"Phil 4:13 [Spirituality & Religion]

Do you feel like giving up? Don't please! God will help you!

The state in Belgium only makes a descision on the elements brought forth by the parents who make the choice to go to the councill. The state is also bound to the law, and can only work within the parameters set by the law. So the law grants this discussion because we accept that laws are made by men, that situations can turn up that defy the idea of clean cut cases. Because we believe in nuance.

Governement doesnt decided who to kill, it grants permission on specific questions of individuals living under the law. And you are the only person talking about "values". The law over here talks about "human suffering", not "value". Just like the Euthanasia law, which is a law where individuals can go trough a process to get the right to euthanasia when specific things happen and when people move into the parameters that the law determines as: "unbearable suffering", then the law grants the individual the right to end his/her life because it accepts the idea that the individual has the right to free him/herself from this suffering. That it's not the community that kills off people because of what they believe to be right, but that individuals can get the freedom to commit suicide in certain specific situations because a majority of the people decided that in these situations they see a merrit in letting go off life.
+ 0 · Reply · Oct 24, 2019

LeopoldBloom · M
[@889684,Carazaa] Why limit it to human beings? Don’t animals have just as much right to live as we do? Or plants, for that matter
+ 1

Even for Scandinavia, they were still hooked up in some way to this midieval European mentality. With systems of fuedal lords, kings, courts, nobility, etc... Do I really need to start reading up on all the civil wars that broke out. The conquest for territory. The backstabbing and bloodshed? All while praising the lord and thinking He was by their sides? Do I really need to do all that? And if I do, do you raelly think that I'm going to find extreme wisdom, peacefull stuff and no corruption for a 1000 years that for some mysterious reason just ended recently? Like how recently was that?

A 1000 years... Some other romantics used that number to turn a democratic country into a dictatorship just next doors once. A 1000 years 😵
+ 1

LeopoldBloom · M
[@889684,Carazaa] Even as a relatively atheistic society today, Sweden exemplifies classical Christian principles, such as caring for the poor, treating immigrants with dignity, better than the nominally Christian USA.
+ 2

Carazaa · F
[@1026,GeorgeWashingtonJr] I had to start every day with bible reading and prayer as a child in the public schools like all Scandinavian children! This year I listened to the kings Christmas speech and he is challenging the citizens of Sweden to love everyone, to be model Christians in a weary world! It was so beautiful!
+ 0 · Reply · Oct 23, 2019

Emosaur · M
So he would help someone who had a bad day and believes in him, but would allow millions to suffer from poverty, hunger and war on a daily basis just because they don't have faith in him?
+ 6

Carazaa · F
[@10662,Emosaur] He does intervene in suffering. Sometimes we suffer for a reason only God knows. I am happy I had a lot of pain in my childhood because it has made me closer to God and understand others suffering!
+ 0 · Reply · Oct 23, 2019

Nanori · 26-30, F
that's what what pope says to himself before molesting your children
+ 6

How was Sun placed in the center? I mean it could have been any planet in place of sun. Why only sun which can emit light? Why not a Saturn or Jupiter?
+ 1

Sharon · F
[@518819,veeshalgreek] [quote]How was Sun placed in the center?[/quote]
Centre of what? It's not in the centre of the galaxy for example.

[quote]Why only sun which can emit light?[/quote]
The Sun emits light, heat and various other radiation as a result of nuclear fusion. A lot of this radiation is deadly. Were it not for the magnetic field and other natural phenomena, life as we know it could not have evolved here.
+ 1

Douglasquaid · 31-35, M
"Newton saw God as the masterful creator whose existence could not be denied in the face of the grandeur of all creation."


Nevertheless, he rejected Leibniz' thesis that God would necessarily make a perfect world which requires no intervention from the creator. In Query 31 of the Opticks, Newton simultaneously made an argument from design and for the necessity of intervention:

For while comets move in very eccentric orbs in all manner of positions, blind fate could never make all the planets move one and the same way in orbs concentric, some inconsiderable irregularities excepted which may have arisen from the mutual actions of comets and planets on one another, and which will be apt to increase, till this system wants a reformation

I trust Issac Newton more than I trust any of you.

[quote]I trust Issac Newton more than I trust any of you.[/quote]

Isaac Newton just went from being a human fallable being to a "prophet".
I wonder what he has to say for that... if you did this with an 18th century writer in the anglosaxon territory, they would be turning around in their graves.
+ 0 · Reply · Oct 16, 2019

Silverwings · 61-69, F
[@4662,ChipmunkErnie] Delusion and experience is two different things all together.
+ 1 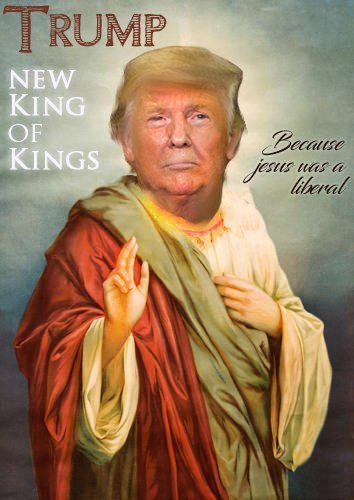