Have you ever smoked cloves?

pentacorn · F
oh yeah, and i buy a pack every Dec and share them around. i barely inhale, but i like the sweet resin it leaves on your lip
+ 4

LeopoldBloom · M
I tried them a few times, but couldn't inhale them. I haven't seen them since I was in college. I also tried bidis a few times; these were rolled tobacco leaves from India, tied with a little string. I used to also buy "Drum" shredded tobacco in the little pouches and roll my own cigarettes. I was never a regular smoker, however. I would buy a pack, smoke a few, then someone would ask to bum one and I would just give them the rest of the pack. I enjoyed the taste but the effect was too strong. I think the last time I smoked tobacco was at least ten years ago. I was out of town for a meeting and there was a cigar store, and being on per diem it wasn't a big deal to buy a Butera for $25.

MethDozer · M
Djarums in the red white and black pack, not the Blacks, the regulars. For about a year on and off then I couldn't stand them anymore. I liked clove bidis better.
+ 1

MethDozer · M
@WaryWitchWandering those didn't really come out until after I was over the clove kretek thing... When I actually was buying them there was just the regular Djarums in a mostly red pack with a black and white slash graphic. Blacks and Bali Hai jusrlt atarted showing up out of nowhere I remember.
+ 1

MrsIndyJoe · 46-50, F
Those things are harsh!! I smoked them in my teens and tried again in my late twenties. My throat hurt like crazy!!
+ 1

WaryWitchWandering · 31-35, F
@MrsIndyJoe worst thing ever haha. I just thought about it
+ 1

TheCaterpillar · 41-45, F
Yes when I was a teenager, it was kinda part of the goth playbook back then
+ 1 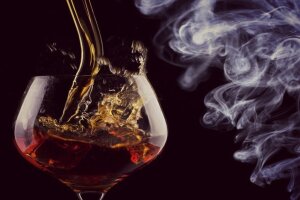