I feel guilty about swearing to my ex gf

So my ex broke up with it’s been a while like a year or so . But she’s held a grudge against me for swearing to her and saying to her new bf she’s a Sl*t .

I said this in anger because I found out she was talking to this new guy before fully breaking up with me instead of breaking up Honestly she lied and said she doesn’t want any relationship at the moment but soon after break up she was with someone else so it’s most likely she was talking to him while with me. Anyways later on I told her bf I just said that in anger and that she’s a nice girl but she still hates me lol

smiler2012 · 56-60, M
😆 really that word really is mild maybe more the case you berated her new boyfriend rather than what you actually said. just try and put her and the whole thing behind you i understand it maybe hard as you seem too feel somewhat betrayed [taintedwisdom]
+ 1

bijouxbroussard · F
@smiler2012 The word really [b]isn’t[/b] that mild to some, especially coming from someone you slept with.
+ 1

bijouxbroussard · F
@smiler2012 I get it. But some things people cant un-hear, unfortunately.
+ 2

Joeyyy · 26-30, M
Well she probably deserved it and at least you're self aware enough to own your part of it.
Go have fun and live life.
+ 1 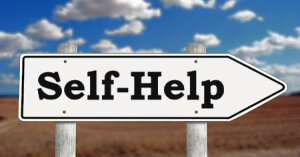