I Believe In Early Bedtimes

I had an early bedtime. Sometimes I wasn't tired yet and would roll around in bed for an hour before falling asleep, I still think it was good for me because it provided structure.

I was left with babysitters a few nights a week. When I would get a new one I would test them and see if they would let me stay up later. This really angered one of my sitters. Every night after that she was on guard for me to put up a fight (which I wasn't going to, I was too afraid of her). She would firmly say it's my bedtime and if I wasn't off the couch in 10 seconds she would start yelling at me "I said it's your bedtime, go to bed NOW!". I thought she was mean but I felt safe when she was babysitting me because she was really watching over me and enforcing the rules.

SW-User
Good babysitters can be so important as it's an authority kids learn to obey not a parent or teacher.
+ 1

SeadragonPrincess · 26-30, F
Bed time is stupid i sleep when i get tired. Mother can come get me if we are doing an execution
+ 0 · Reply · Mar 30, 2020
Translate
12,810 people following
Bedtime & Sleeping Personal Stories, Advice, and Support 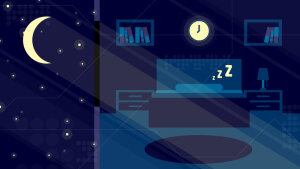