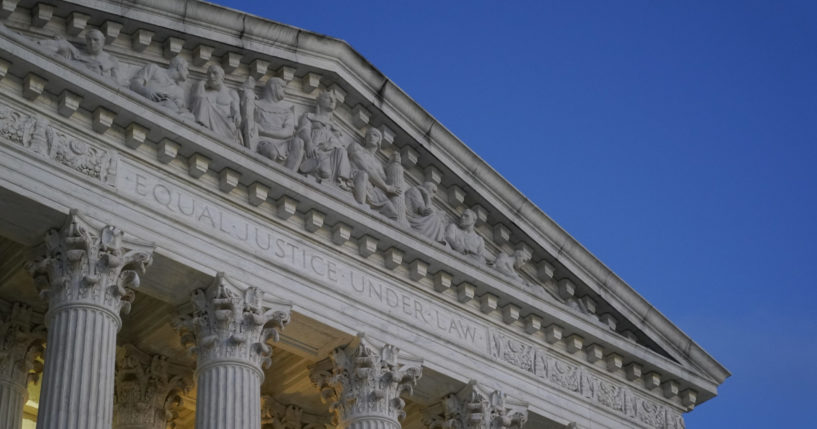 The Supreme Court said Thursday it has not determined who leaked a draft of the court’s opinion overturning Roe v. Wade, but that the investigation continues.

Eight months after Politico published its explosive leak detailing the draft of Justice Samuel Alito’s opinion in Dobbs v. Jackson Women’s Health Organization, the court said its investigative team “has to date been unable to identify a person responsible by a preponderance of the evidence.”

Never before had an entire opinion made its way to the public before the court was ready to announce it.

Chief Justice John Roberts ordered an investigation the next day into what he termed an “egregious breach of trust.”

Investigators “conducted 126 formal interviews of 97 employees, all of whom denied disclosing the opinion” in sworn statements, the court said in a 23-page document posted on its website.

Some employees had to amend their written statements after they “admitted to telling their spouses about the draft opinion or vote count,” the report said.

The court said it could not rule out that the opinion was inadvertently disclosed, “for example, by being left in a public space either inside or outside the building.”

[i]I'm not sure who I'm more pissed at - The Supreme Court for allowing sensitive documents be seen prematurely
or the governments weak investigative skills.[/i]

graphite · 61-69, M
@PatKirby A key Democrat Party operative. Rules don't apply. If a Republican leaked it, they'd have been in jail since last year already.
+ 2

SCOTUS clerk or even justice?
+ 1

akindheart · 61-69, F
that is really hard to swallow that they didn't find anyone in particular? come on man
+ 4

TexChik · F
I would suspect Roberts . He acquiesced to Obama and Obama care .
+ 4

Barefooter25 · 46-50, M
I am sure Roberts had something to do with it. But no worries, the Boulder Co. Police Dept. has been assigned to this case and any day now, a breakthrough or arrest will be made.
+ 1

Barefooter25 · 46-50, M
@PatKirby It would also take them hardly anytime to find out who the Supreme Court leaker is. Sometimes tv detectives, even inept ones like Inspector Clousseu, are better at handling cases than some of the real ones.
+ 1

The one(s) who have the ability to prevent discovery can easily hide with impunity.
+ 1

trollslayer · 46-50, M
I call bullshit. My gut tells me they have a pretty good idea how the leak occurred or by whom, and there are reasons why they cannot pursue that lead or reveal that information.
+ 0 · Reply · Jan 20, 2023
Translate