room101 · 51-55, M
No idea. The thing that baffles me however is that the vast majority of these Conspiracy theories come out of America, often to the detriment of America itself.

For example, America is the only nation to put a man on the moon and yet conspiracies abound (all from Americans) that it was all faked.

Almost 3,000 Americans died on 9/11 and yet many Americans still insist that it was some kind of inside job.

And don't even get me started on Covid and Vaccines🤦‍♂️
+ 6

ninalanyon · 61-69, T
@room101 I laugh at almost every line of THHGTTG. Here's another from nearby

[quote]I always think that the chances of finding out what really is going on are so absurdly remote that the only thing to do is to say hang the sense of it and just keep yourself occupied. Look at me: I design coastlines. I got an award for Norway.[/quote]
+ 1 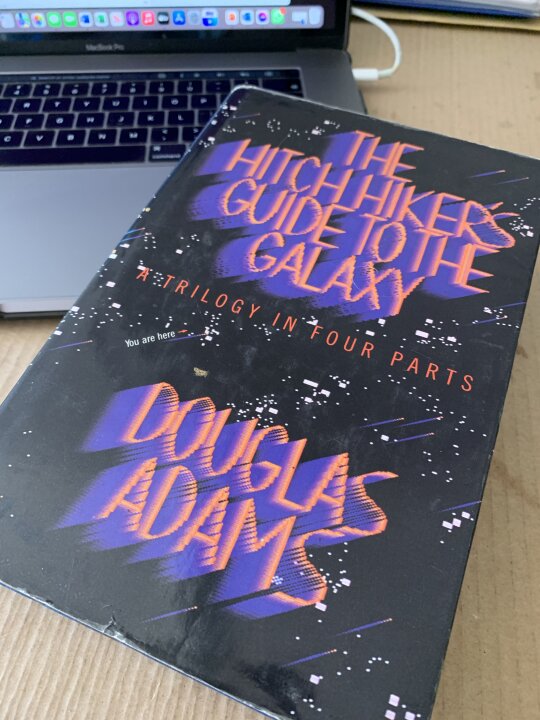 ArishMell · 61-69, M
Yes, well ego anyway. There is a flaw in the attention-seeker motive; but I don't think the only reason.

- Feelings of belonging to something grand or significant - Qanon traded on that with its supposed code messages that used the old "Emperor's New Clothes" trick.

- Disaffection with one's lot on life. That may be genuine but the conspiracy theory gives an easy way to blame anyone or anything else.

- A general mistrust of any "authority", be that political, legal or academic. Again that reflect a real, bad experience which may or may not have been avoidable or overcome, but the holder allows it to fester into the realms of fantasy to duck any sense of personal responsibility or choice.

- A genuine lack of knowledge or understanding of some difficult matter, met not by honest admitting of the fact and attempt to learn, but with a morose decision that this too, is "their" fault.

- Scapegoating, from a simple refusal to see anything could possibly go wrong by straightforward misjudgement, only by wilful act. We see that more often not in a conspiratorial way, but in the strident calls for dismissals, Full Public Inquiries and the like when actually, all that's happened is that someone said or did something wrong or foolish, or upset somebody, by misjudgment or ignorance. If all these calls were heeded, nowt would get done! It is not helped when the unfortunate scapegoat is a local, lowly-ranked official or two while their senior managers [i]appear[/i] to get off scot-free.

- A simple refusal by the people or organisations that have made a mistake, to admit it honestly and do something constructive about it. This leads to the wild speculation and accusations of cover-ups, upon which the conspiracy lovers feed.

- Jealously of wealth and opportunity.

- A desire to undermine some political or social opponent or ideology, not by analysis and reasoned debate, but by shallow destruction, however absurd and nasty the means.

- Last but not least, simple gullibility. A simple failure to see, or a desire to ignore, the basic, the simple, the obvious; in favour of the silly, and the sillier the better. This is not new: past centuries threw up "witch-hunting", alchemy, the South Sea Bubble, the "Cottingley Fairies", Erich von Daniken's tales, etc.

.
So the flaw? Some of those [i]spreading[/i] the theories - or fantasies - may be attention-seekers even if "known" only as nick-names on social-media sites. The [i]originators[/i] are usually totally anonymous and hope they will not be traced: tracking an electronic message leads to the sending instrument, but not necessarily the author.

Not long ago, the BBC ran a fascinating series on Qanon, after its journalist Gabriel Gatehouse, in Washington to cover Mr. Biden's Presidential inauguration, met someone calling himself the "Q Shaman" among the crowd. Intrigued, he started to uncover the "movement"; finding its door to open publicity was opened by a party-political activist called Tracy Diaz, from its development on an obscure, tacky forum called 8Chan. That was run by Phillipines-resident American, Ron Watkins and his father, for types with various unpleasant "---ist" tendencies. Some people thought Watkins wrote some of the Qanon posts, but there is no evidence that he did. Gatehouse was though, unable to find who had actually started it and why, although he easily exposed the pizza-restaurant "basement" lie and discovered the child-murdering accusation came from a strange but totally unconnected series of false accusations that had circulated outside of politics, some years previously.
+ 1

Abstraction · 61-69, M
Not most I know. It has proven association for many people with feelings of powerlessness in their life. It gives them a cohesive story to explain what's going on in the world. Interestingly these conspiracies often seem to explain [i]everything[/i].
From psychology today:
* Conspiracy theories aren't delusions, but they can cause psychological distress.
* The phrase "not mentally ill, but not mentally healthy" often applies to those who believe in conspiracy theories.
* Mistrust and vulnerability to misinformation lie at the root of conspiracy theory beliefs.
https://www.psychologytoday.com/au/blog/psych-unseen/202111/conspiracy-theories-arent-delusions
+ 3

Abstraction · 61-69, M
@RodionRomanovitch I thought you'd be across what I shared. The other really deep need for most as social connection - and of course they trust the views of people in their group. So your idea that for some it might be attention seeking makes sense - particularly for those who consciously create the fiction, or want to be the ones to pass it on. Sharing shock-worthy information or news feels powerful to people as though the news itself gives them esteem as the news-bearer. You could be right.
+ 1

Magenta · F
@Abstraction
[quote]* The phrase "not mentally ill, but not mentally healthy" often applies to those who believe in conspiracy theories.
* Mistrust and vulnerability to misinformation lie at the root of conspiracy theory beliefs.[/quote]This really resonated with me. I think quite true. Also, I wonder if, within themselves they feel it gives them an elite edge, making believe they are different or set apart from the masses, or feel smarter than others and yes, defo a sense of power. And set firmly in a mind set that they can not be wrong.
+ 1

RodionRomanovitch · 56-60, M
@Magenta That's basically it. They convince themselves that they are privvy to a higher knowledge than the rest of us , because they have watched some trash on youtube or visit alt-right websites where most of this nonsense is generated..... and then accuse others of being 'indoctrinated' . It's laughable really.
+ 1

spjennifer · 56-60, T
I think it's because it gives them a sense of belonging to something, quite like the religious Right, these people feel disenfranchised by the establishment and making up these wild conspiracies seems to make them feel like they belong to a group that they believe in and gives them something to scream about 😖 I mean does anyone who's sane actually think Hillary was killing babies in the non-existent basement of a pizza parlor so she could drink their blood?
+ 3

spjennifer · 56-60, T
@gol979 I doubt that Epstein's island was a conspiracy theory as has been borne out by the Ghislaine Maxwell trial but as to who actually went there to abuse young girls is another matter entirely. The wealthy will protect themselves however they can and that includes disinformation and buying people off when they can...
+ 0 · Reply · Jun 23, 2022
Translate

This cosmic irony exposes blind reality deniers for what they are.
+ 4

EarthlingWise
I would say attention seekers and revenge seekers. Also it helps if you ignore history, and if you live in a society that promotes myths over science.
+ 3

PotatoGaga · 31-35, F
I still cannot forget it when a trump supporter accused me of being a fake account here, existing only to conspire against trump and spread false information about the elections, JUST BECAUSE I had the Que sera song written on my profile!! The "whatever will be , will be" part was what gave it away, apparently 🤷‍♀️ As in whatever will happen in the elections, will happen... They can be REALLY paranoid 🤣🥔
+ 2 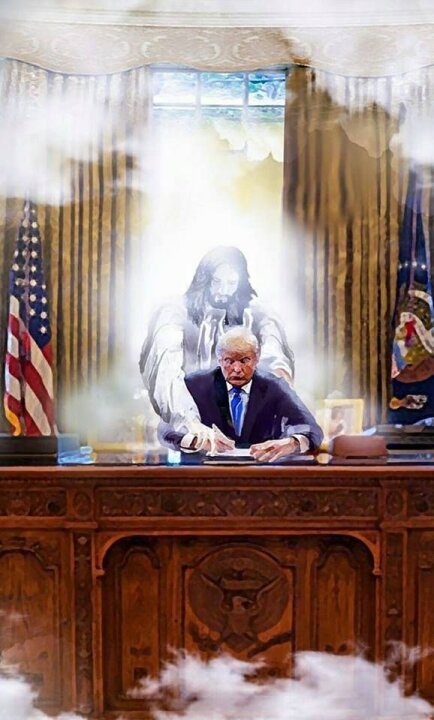 PotatoGaga · 31-35, F
@deadgerbil Why am I not surprised!! Only someone like Trump wouldn't welcome potatoes into the US 🥔🥺
+ 1

hippyjoe1955 · 61-69, M
What is the difference between a conspiracy theory and established fact? O about 6 months at the moment.
+ 1

Dainbramadge · 51-55, M
I have to say that I think it is okay to question events and how they came to be in some situations.
But some of these conspiracy nuts go way off the edge.
I don't think it's for attention I think they actually believe in these huge coalitions that Mastermind these fantastical deeds in order to create mayhem for some silly reason.
Okay I guess I will give an example so my convoluted beginning may make sense.
There was no second shooter on the grassy knoll.
But if you say that then there is no room to create a narrative that embodies someone is creating all of the problems in my life thing.
I need more coffee. This doesn't even make sense to me. LOL
Anyway. I don't think they are attention seekers. I think they believe Elvis really does work in Grand rapids at McDonald's.
+ 1

I've no idea what you're even talking about re:Rumsfeld.

I'm asking what your theory is but you just seem to be making some vague insinuations. Can't you just tell me how , according to you , this thing really played out ?
+ 0 · Reply · 51 mins ago51 m
Translate

Kwek00 · 36-40, M
@DiliMarky Part of being a troll is seeking attention. Specifically negative attention, cause they get off on it.
+ 2

Grateful4you · 70-79, M
Many are , Even negative behavior is better than being ignored by these types,
+ 2

BreadAndCircuses · M
Indeed, some of them are DEFINITELY attention-starved and attention-seeking
+ 2

DiliMarky · M
@Mindfulness It's not a theory it's a hypothesis. A theory is a principle formed to explain the things already shown in data.
+ 1

Idolovemostofyourthoughts · F
Not necessarily.
They could just be seeing conspiracies and want to make people aware.
+ 1

Idolovemostofyourthoughts · F
@RodionRomanovitch people are wired differently. To them, they exist. And because it's so real to them, they can't see why you can't see it.
+ 1

RodionRomanovitch · 56-60, M
@Idolovemostofyourthoughts That maybe true for some but I suspect it's true for just as many that they don't actually care if they are true or not just as long as it chimes with their own worldview.
+ 0 · Reply · Jun 23, 2022
Translate

Idolovemostofyourthoughts · F
@RodionRomanovitch who knows? I was just giving a different perspective to what you were suggesting. There are different possibilities for something to be as is.
+ 0 · Reply · Jun 23, 2022
Translate

whowasthatmaskedman · 61-69, M
Not always.. But the more outlandish the claim (of any kind) the more I look as the "personal needs" of the poster. And we do have some here.😷
+ 1

many can’t even comprehend what’s really going on, so patriotic to their country, the government’s would never do such a thing.

Just don’t have critical thinking and do as your told.
+ 0 · Reply · 2 days ago2 d
Translate

RodionRomanovitch · 56-60, M
@Fairydust The reason there is 'so much BS out there' is because there is now an entire industry that has learnt how to monetise people's fears and insecurities and has put a jet burner under their paranoia.

'Just don’t have critical thinking and do as your told.' - that's exactly what you are doing by imbibing this nonsense. There's a simple and obvious reason why some people are taken for fools.
+ 2

They are very clever, they also put fake stuff out, controlled stuff so the truth seekers like it and look silly, you have to be very careful.
+ 0 · Reply · 2 days ago2 d
Translate

gol979 · 41-45, M
@RodionRomanovitch the cia seeded this phrase to dissuade any critical thinking over the assassination of jfk
+ 1

RodionRomanovitch · 56-60, M
@gol979 The term was actually first popularised by the philosopher Sir Karl Popper in the 1950's , but hey let's not get hung up on facts , I appreciate that's not your thing.
+ 2

sspec
@RodionRomanovitch Nothing.
Just thought of knowing whether the change of username erases memory too or not.
+ 0 · Reply · Jun 23, 2022
Translate · Edited: 1 week ago
12,520 people following
Politics Personal Stories, Advice, and Support