Evolution: Do you accept it or deny it? Did all life on earth evolve?

Poll
Accept
Deny
Show Results
You can only vote on one answer.
I know this isn't really politics, i'm just interested trying to get a lot of SW responses to this question outside of the spirituality/religion board which is bound to have an anti-evolution bias. 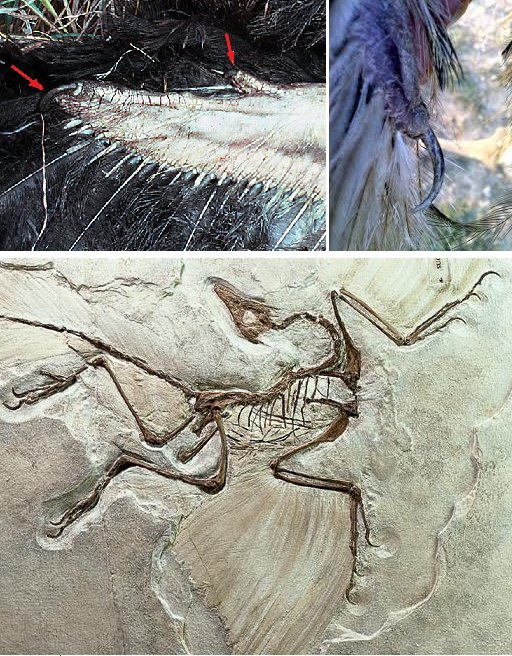 Pikachu
Got a deny already! Even with the dinosaur/bird evolution parallel lol
+ 1

Carla · 61-69, F
Everything evolves. There are some species that are slowly evolving in observational time.
+ 3

GaiusJuliusCaesar · 41-45, M
Yeth I'm pretty sure everything evolved from something
+ 1

Well the science certainly points in that direction.
+ 1

alongalone · M
The universe is teeming with life.
+ 1

JohnnySpot · 51-55, M
A taradactile was a fly'n fool, just a breeze flap'n daddy from the old school, but a mamadactile could sure make him drool..
+ 1

lol yeah we'd probably have heard about that.
+ 1

Asificair · M
I suggest teaching children alternatives to the theory of evolutionary in mainstream schools is political.
+ 0 · Reply · Jan 26, 2021

windinhishair · 61-69, M
There are many theories of evolution. Punctuated equilibrium makes the most sense to me--the theory that organisms evolve very slowly or not at all for long periods, followed by a period of rapid evolution as a result of changes in their ecological niche. Evolution is well documented and should be taught in middle school science and beyond.
+ 3

Quite true. That evolution has occurred is a certainty, all the ways in which it occurs are still very much under study.
+ 1

windinhishair · 61-69, M
[@360493,Pikachu] That's the part that isn't well known and isn't generally taught. Evolution is as well established as gravity, but the exact mechanisms and timing isn't well known.
+ 1