I brought my cell phone to the cell phone repair shop next door because the screen was broken.

They tried to repair it, but it's apparently a pretty rare model of cell phone, and they had to order a part to fix it with. I come back a day later, and it turns out the part they ordered was wrong (albeit close to the correct one), and they'd need to order another part to fix the damn thing. The guy gave me a new cell phone to use for the next four days with my SIM card inside of it, and I commented on how advanced it looked. So he told me that he'd be happy to just give me that phone and we could be done with it.

I checked online, and the phone in question is about a year newer than the one I already had, with three times the cameras, four times the storage, a new generation of operating system (upgradable to a further generation still), and most of the other stats identical to my current one. I accepted and paid my bill of $90 which I'd previously agreed to.

So now I have my old cell phone dismantled in a box, and a much better cell phone to set up. It's probably about time I got myself a wifi subscription already, because downloading all my stuff on the apartment complex's complimentary wifi probably isn't going to work lol.

PiecingBabyFaceTogether · 26-30
That's pretty cool. Congrats. Which make is it?
+ 1

BlueVeins · 22-25
@PiecingBabyFaceTogether My old one was a Moto G7 Power and the new one is a Motorola One 5G UW. I tend to buy mid-range phones because I consider flagship devices to be a waste of money.
+ 1

PiecingBabyFaceTogether · 26-30
@BlueVeins Nice. Yep flagship anything is a waste of money.
+ 1

jshm2 · 41-45, M
He done fucked up and fobbed you off with a phone he got for free, Rather than have you expose his business and shut him down for the fraud he likely is.

I would suspect the parts he's using are fakes or clones. Meaning the phone he gave you probably is not genuine either.
+ 0 · Reply · Jan 15, 2023
Translate
14,578 people following
Phones & Computers Personal Stories, Advice, and Support 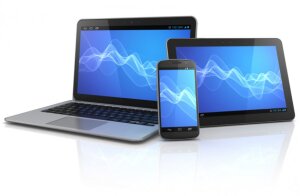