Does Taiwan have a Chance against China?

China seems far more capable than Russia and their military strategy of blockading Taiwan looks foolproof. Doesn't look like the US & NATO will be able to help unless they get directly involved.

smiler2012 · 56-60, M
really it is sort of like putin and ukraine all over again . nato and the united states just have no real muscle and the chinese know this .but too be fair this is like ukraine and there hands seemed to be tied as any intervention or miscalculation could lead to all out war and god forbid direct nuclear conflict . we will see how this works out the ball is in the chinese court [thearbitrator]
+ 2

Nimbus · M
@smiler2012 Or United against Liverpoo nest season.
You have no chance 😛
+ 1

smiler2012 · 56-60, M
@Nimbus 😝 that one is for the future nimby . 😝if you are dabbling in clairvoyance nimby i suggest you change your crystal ball as the one you are using is giving you duff information
+ 1

Adstar · 56-60, M
Depends on the style of attack.. If China launches a mass missile strike and bombing campaign the Cities and large towns of Taiwan would be smashed with huge casualties.. Much like Russia's artillery tactic in Ukraine to destroy cities but without much chance for the evacuation of the people..

The Problem for China is when it tries to launch an amphibious invasion transporting troops by ship to land them on Taiwan's coast.. China does not have enough amphibious ships to carry the number of troops needed to invade Taiwan and the Taiwanese would have the weapons needed to sink many of those ships before they reached Taiwan..

China would have to take some time destroying Taiwan by missiles and Bombers from the air to lessen the threat to their amphibious ships.. But that would give more time for other countries to send their forces to help Taiwan.. The more time for Japanese and American subs to get into position to sink the Chinese navy and prevent an amphibious invasion..

China may try to launch paratroopers to take Taiwan.. But a purely air drop invasion of a country the size of Taiwan has never been big enough to succeed.. I doubt China has enough heavy air transports available to deliver enough troops and equipment from the air anyway..

Most people just look at and compare the two opposing sides armies and come to a conclusion that China would just walk over the Taiwanese but once you understand the effect of the sea gap between the two and the huge transport capacity China would need and the huge amount of military assets needed to defend those ships trying to get to Taiwan and then the huge amount of logistics needed to keep those forces supplied then the comparisons of who has the largest army is irrelevant..

China would probably suffer huge losses and their invasion would probably fail in a great disaster for China if they tried to invade Taiwan now..
+ 0 · Reply · Aug 4, 2022
Translate

GainerDrew · 26-30, M
Bottom line - the PLA is not presently capable of mounting an invasion of Taiwan for many of the reasons commented already. I would add, though, that there are certain areas (armored vehicles specifically) in which China would have a definite technological advantage.

Bear in mind though, that there are large PLA combat groups intended singularly for a strategic amphibious operation against Taiwan, so, while such an operation definitely couldn’t be launched anytime particularly soon, there’s compelling evidence suggesting the Chinese military is very thoughtfully planning for it
+ 1

Allelse · 31-35, M
Granted China looks big and scary and Taiwan tiny and weak, buttttttttttttttttttttt. Taiwan has a lot of friends and a lot of people in the area don't like China, so they could go all foreign legion and I'm sure plenty of Japanese would join up, since the Japanese and the Chinese have always hated each other like poison. And Taiwan will be getting all kinds of Western support, who the fuck is gonna be supporting China? Russia?
+ 1

TheArbitrator · 36-40, M
@Allelse You forget that history teaches us that good will prevail over evil. Japan, the US and NATO have a long history of provocations and in this case, China is in the right. God brings countries like the USA to it's knees and history has taught us that. The USA would have been a great country if not for evildoers like Nancy Pelosi.
+ 1

Freeranger · M
Effectively........no. China is just too large a military force. Taiwan could blast large holes in them but, like in the Korean War, they are capable of closing ranks and continually pouring on over the ridge. They have no problem with large casualties, the Communist mindset is not on it's military serfs who fight for them, but in attaining it's objectives.
Those include buying up and encircling the Panama Canal. Communism is a cancer, and it will continue to spread until checked and stalemated.
+ 1

SteelHands · 61-69, M
China doesn't need Taiwan it already has the main continent. Then why pretend? To justify selling bombs?

From people to nature and even the God of all creation itself nobody wants a damn death match.

Northwest · M
About the same chance Russia has against the Ukraine, with the added effect of Taiwan being better prepared, and with more advanced weaponry than China.

Xi is also dependent on Taiwan for technology.
+ 1

ImperialAerosolKidFromEP · 46-50, M
Well, it's taken .cn several decades to do something about it, so I'd say they do. I don't think that the US or NATO is quite weak enough to let .tw go yet.
+ 1

eMortal · M
Lol It’s like asking if Hawaii has a chance against the USA. Nope.
+ 1

SteelHands · 61-69, M
@eMortal By now all of the USA's nearby and our west Pacific strategic allies know most of the deal we made with Hawaii, and it got an extra special deal when it was admitted into the Union.

You wont inherit land in Hawaii unless you're a full blooded native of that island chain. No property on that chain costs less than 7 figures, and you won't be seeing any Americans acting up or they'll be kicked off those islands.

Conquering and claiming territory of small countries was deemed intrinsically beneath the dignity of big countries by the UN and all its member states when it was chartered.

Taiwan, believe it or not, exists for the entire purposes of sovereignty and freedom from outside intruders.

I suspect that China doesn't even want to expand and is being pushed into claiming it belongs to them by western investors. Interested in looting its successes and lasting claim to its rising wealth.

Just like they did with Bavaria and Belgium and Eastern Europe in WW1. 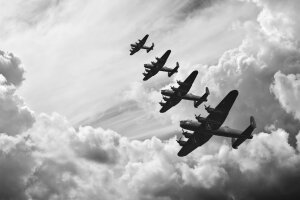