I just picked out a completely random episode of the next generation and the one that came up is about a virus and quaranteening a space station...

rckt148 · 61-69, M
The episode I most relate to is where they encountered a being on a planet that was the essence of everything bad .
Somehow a civilization had come up with a way to get all of its evil in one place and leave it on a planet ,and lo and behold the Enterprise away team has to stumble upon it .
Its the episode Tasha Yar is killed off the series .
I was taken by my father to another state and abandoned ,left with only 10 dollors in my pocket .I was told I could return "home " ,back to my hometown when I was no longer an embarrassment to our family name .
He later said he knew I had survival skills and I could find work anywhere so it was to prove to me my ex was not all there was to me .
She was gone and drinking myself to death and giving up was not the answer .
So in his off hand way he did force me back to life .
But I identify so much with that episode ,,was that me ?

PhoenixPhail · M
@rckt148 Was the place where all the evil was located, Washington DC?
+ 2

Earthwrap · 41-45, M
The episode is about genetically engineered children. Another coincidence they warned us about 20 years ago?
+ 0 · Reply · Apr 6, 2020
Translate 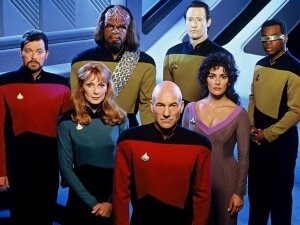