He was there to deliver a speech and to present at the dedication of a bust in his honour.

After his speech, an attractive and ample woman approached the wartime Prime Minister of England and said, "Mr. Churchill, I have travelled over a hundred miles for the unveiling of your bust."

Churchill responded, "I assure you, in that regard, I would gladly return the favour!

Shaw writes to Churchill: "I'm reserving you two tickets for my new play. Come with a friend (if you have one, that is)."

Churchill replies to Shaw: "I can't make the first performance. I'll make sure to watch the second performance (if you have one, that is)."

*This exchange has made the rounds as an actual exchange that happened between the two, but both parties have denied that this actually happened. Rather, this is just a clever joke featuring those two famous people who knew each other in real life.

Winston Churchill, Harry Truman and Josif Stalin were discussing the terms of peace in Potsdam, Germany.

After a hard day of work they decided to take the rest of the night off. They went into a bar, had lots of drinks and got completely wasted. They started heading towards the hotel but were suddenly stopped by a massive hole blocking the road. Nobody could deduce whether or not falling into the hole would be lethal or not.

Churchill gave his bodyguard the order to jump but the bodyguard wouldn't do it. "Please no, Sir! I have a wife and children!" he pleaded. Churchill didn't have the heart to repeat the order.

Then Truman ordered his guard to jump. His bodyguard didn't jump either. "Please, Sir. I have a wife and children waiting at home." he pleaded. Truman didn't want to force him into possibly giving up his own life on a whim, so he ordered him to stand down.

Then Stalin started speaking to order his guard, but after the first word the guard had already jumped. The hole turned out to only be two meters deep and the guard was fine.

Baffled by the bravery of Stalin's bodyguard, Truman asked him:

"How come you are such a brave and devoted bodyguard? I admire your loyalty."

The bodyguard responded: "I have a wife and children."


A woman to Winston Churchill:

"Sir, you are disgustingly drunk"

Churchill: "Madam, you are disgustingly ugly. But in the morning, I will be sober."


Can you call the British PM a fool?

During WW II, a man was arrested in London for calling Winston Churchill a fool.

The next day in the House of Commons, the opposition members were ready to roast the government for this. "Are we living in a police state", they shouted, "where we cannot call the PM a fool"?

Churchill's reply was truly disarming - "The man was not arrested for calling the Prime Minister a fool", he said, "but for letting out a state secret at a time of war". 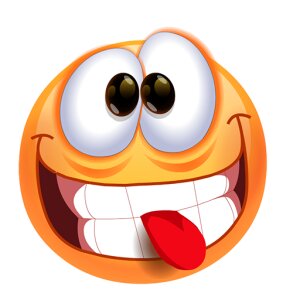