I thought today I somewhat diminished my anxiety for upcoming physical, but its rearing its head again. I was supposed to lose a bit of weight and didnt..only a few pounds I lost. Was supposed to take a BP pill but was afraid to. My blood pressure is always high, because of getting nervous ABOUT it being high lol. Its a vicious cycle. But she wanted to do a preventive pill just small dose, but because I know its a regular pressure in general, I feared it would go LOW from the pill. So I am already at two negative things going in. How can I be positive and not get super nervous AGAIN ?

HootyTheNightOwl · 36-40
You did right in not taking the bp meds.

They got me like that... yes, my bp was consistently high - I admit that, but it's just a symptom of a bigger problem in my case.

I took the meds for a year or so before I came off them since my doctor wasn't sure that they were helping me by treating my bp. I feel better now that I'm not taking them when I did when I was on them.

Yes, I still have my episodes, but I generally get much more warning that it's going to happen now - on the meds, I had next to no warning.

HootyTheNightOwl · 36-40
@Coralmist I'm not sure if anxiety could have played a role in the treatment that I got.

They said that I had had "high blood pressure readings dating back to 2012" - but, what's important to note in my case is that my bp wasn't officially high for all that time... it only became so after the guidelines were changed in 2017/2018.

They sent me home with a 24 hour blood pressure monitor but they did not really bother to ask me if I was going through anything that could potentially raise my bp levels - I still feel that this may have been important because I had to go to the job centre that day and I was a mess. I was in so much pain that I was using crutches to walk and these job centre appointments stressed me out because I knew that I was being pressured into work and not all the jobs they wanted me to apply for were suitable for me to do... so that would make me anxious.

After that, they did a number of ecg's on my heart - these were always in a medical setting and not always in a room that I was comfortable with being naked from the waist up in (one room was clearly visible from the street on one of two main roads out of town).

Then they referred me to cardiology and did more ecg's... this room was more private, but I was clearly wondering what was going on by this point. I mean, I've had several ecg's, every organ in my torso scanned with an ultrasound, I'm worried about the fact that I keep fainting/collapsing and how I'm going to find work like that because I don't even know what work I could do never mind what work they want me to apply for.

There was a lot on my mind at the time, and I have no real way of knowing if any of that affected the results that they obtained because no one bothered to repeat even an ecg after I started to complain that I feel worse rather than better.
+ 1

olderuncle944 · 70-79, M
It dosent go down below normal i have to take one every day but i do skip some times but i do take mt blood pressure regularly,and anxiety over going to doctor will raise your blood pressure my always goes up before visit and down after visit.
+ 1

Notanymore · 36-40, M
You owe the doctor nothing but money for service rendered. You've lost some weight.... great. Good job and keep it up. You didn't take pills that you don't want. Great. He's doing a job, not being a parent.
+ 1

Coralmist · 36-40, F
@Notanymore Thank you. I know it wasnt the amount they wanted. I feel like shame, but you are right, I dont need to feel I OWE them ...because I feel Im letting them down. But thats probably in my head overall.
+ 2

soar2newhighs
When you go, talk to her about your angst, your weight concern and your BP, too.
+ 1 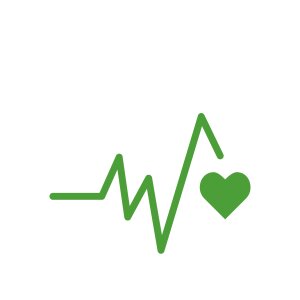